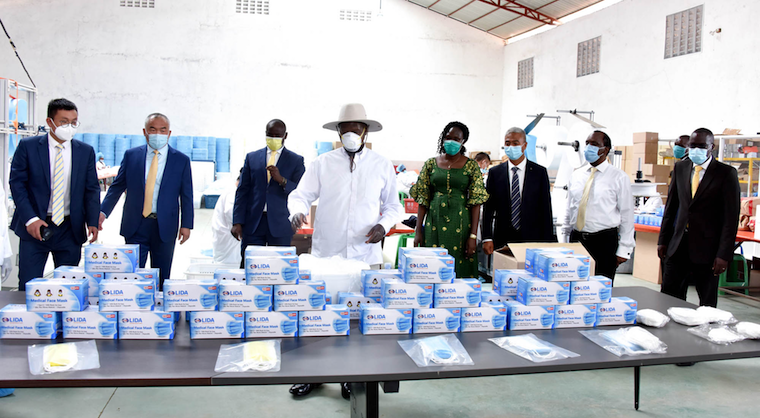 The president said that the government recapitalized UDB to the tune of one trillion Ugandan shillings, with more funding expected to come from the World Bank and International Monetary Fund to increase access to credit among Ugandan entrepreneurs.

Museveni said that since the 1960s', Ugandan planners were told to build local capacity to produce many of the things the country imports but that came to nought because the economic argument for long has been in favour of excessive importation of products.

According to the president, while the importation of products is not necessarily bad because it encourages trading and cooperation among countries, Uganda, like many African countries, has for far too long been importing things that it should be produced locally, describing the trend as “the sickness of Africa”.

He reiterated that it is unhealthy for a country to import everything without taking into account its own comparative advantage in the production of the very products it imports. He added that the COVID-19 pandemic, despite the challenges it poses, has woken up Ugandans and Africans to the fact that there are many products they have been importing that in real sense they should be producing locally.

The president noted that Ugandans are now not only producing sanitizers and face masks but also exporting to the region within a very short time, in addition to other products like food and sugar. Museveni said Uganda has raw materials for most of the products she imports.

He was speaking at the commissioning of Lida Packaging Products Ltd, one of the five manufacturers of medical and non-medical face masks that have been certified by the Uganda National Bureau of Standards (UNBS) and the National Drug Authority (NDA). The company is located in Mbalala, Mukono district. Lida currently produces 52,000 face masks daily.

The chief executive of Lida, John Lee said in order to combat COVID-19, he partnered with industrialist Paul Zhang, who runs the Uganda-Sino Mbale industrial park, and prominent Ugandan businessman, Patrick Bitature to set up the five-million-dollar factory to produce high-quality face masks at affordable prices.

The face masks trade under the brand name, Lida. The non-medical face masks are three-ply with the inner ply being a waterproof material.

The minister of state for Investment and Privatisation, Evelyne Anite said the country has woken up with a big interest in manufacturing, noting that 105 companies are now manufacturing sanitizers.

The Chinese ambassador to Uganda, Zheng ZhuQiang, said the face mask factory has come in time because it will boost the government’s efforts to provide face masks to all Ugandans.

He said the COVID-19 pandemic is an enemy to all of humanity hence the need to fight it collectively, citing how many Ugandan people and institutions, like Makerere University back in January actually donated face masks to China when it was being hit hard by the virus.