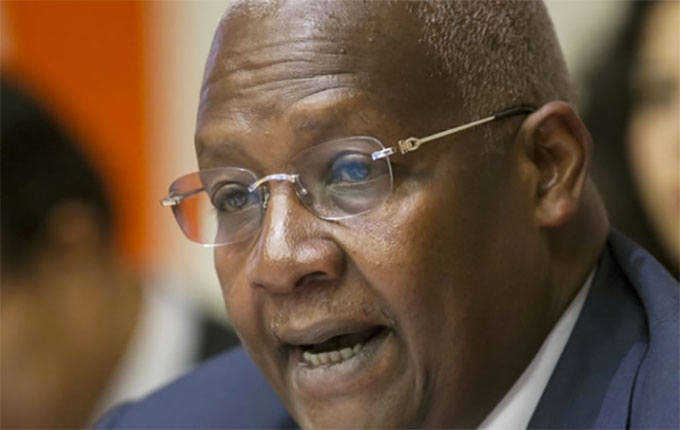 On May 15, an explosive leak brought to the fore script details of a letter written by Sam Kutesa, the Foreign Affairs minister, authorizing three individuals to fly into the country, defying a presidential ban on passenger flights into Entebbe international airport imposed since March 21.

The leak, which went viral on social media, set off a huge public uproar over what many people perceived as selective application of the presidential lockdown restrictions yet hundreds of Ugandans were still stranded in Ethiopia at the time.

The Public Health (Prohibition of Entry into Uganda) Order 2020, gazetted on March 21, prohibits entry into Uganda to all persons with two exceptions; UN humanitarian organizations staff, and cargo trucks and aircraft.

Several commentators poured out their anger with many questioning the criteria used in selecting who should be allowed to return in the country.

In the controversial May 13 letter, Kutesa asked the Ethiopian Airlines general manager to allow three family members of businessman Ben Kavuya board an Ethiopian Airlines plane bound for Entebbe on May 18. These were Barbara, his wife, daughter Blanche Kibaju and Tiba Byabashaija, a grandson.

The letter was copied to Patrick Mugoya, the ministry of Foreign Affairs permanent secretary, and Rebecca Amuge Otengo, Uganda’s head of mission in Addis Ababa, Ethiopia, who the letter addressed as ‘The Ambassador.’

Now, new details have emerged shining a bright light on how the move was planned, how the letter leaked and how it may exacerbate the fallout in the ministry of Foreign Affairs.

Corroborating accounts from different sources at the ministry of Foreign Affairs and State House suggest that in the first week of May, Kutesa led a team of top businessmen and powerbrokers within NRM to State House where they tabled a list of their loved ones who needed to return home.

The team, sources say, pleaded with President Museveni to give his nod of approval for the repatriation of their family members and friends into the country.

However, the president reportedly rejected the request, insisting that allowing a select privileged group to return home would diminish his public image since he had ordered that all Ugandans abroad should stay put wherever they were until the Covid-19 situation stabilizes.

The team is said to have left State House quite dejected. It is at this point that Kavuya, who had already flown his family members from Florida, USA, to Addis Ababa en route to Entebbe, decided to go for a covert approach.

He pleaded with minister Kutesa to ditch the bureaucratic protocol rulebook and directly inform the Ethiopian Airlines management to allow his family fly back home.

Kutesa’s authorization letter was to go through specific trusted hands to ensure extreme secrecy in the handling of the matter. This plot, according to sources, was specifically to be known by just a handful of people to avoid a leak and uproar, especially in Addis where several Ugandans were stranded.

“Can you imagine Maj Gen Francis Okello of the African Union Commission is in bad health and wants to return but has not been granted an opportunity?” said a source in Uganda’s embassy in Addis.

Sources at the ministry of Foreign Affairs claim Mugoya was not aware of the developments and only got to learn about the letter in the media.

“He was shocked like everyone when the letter surfaced because it [letter] did not reach his desk,” a source said.

Incidentally, Mugoya’s sister, Sarah, a diabetic, died of Covid-19-related complications in April while in the UK and this source claims the permanent secretary had earlier tried to get his ailing sister Sarah back home but failed.

Interviewed for a comment yesterday, Ambassador Mugoya said; “Let my sister rest in peace. She lived in the UK for long and there was no effort to return her here when she was sick. Leave her out of those rumours.”

Asked about government’s efforts to repatriate Ugandans stranded abroad, Mugoya told The Observer to wait for an official ministerial statement before parliament on May 26.

“The minister [Kutesa] will update parliament accordingly and I cannot say much right now.”

An official from the Ugandan mission in Addis blames intrigue within the embassy for the leaked letter.

“There is a lot of infighting for roles and assignments [in Addis] and a disgruntled top official could have leaked it to someone unintentionally before it went viral,” he said when interviewed last week.

This may not be surprising because the Ugandan mission in Addis has of late become dogged with power struggles. For instance, the relationship between Amoko, a career diplomat, and Otengo, a former MP and state minister for Northern Uganda, is said to be rocky. Amoko is the husband of Supreme court justice Stella Arach Amoko.

When the letter leaked, the Ugandan mission in Addis told a few other Ugandans stranded in hotels around Bole international airport to quickly hand in their travel details to be booked on the controversial flight with the Kavuya family.

“It was a first-come, first-serve and those who presented their details first were granted seats on the plane,” says the official.

Hours later, Kutesa is said to have provided Ofwono Opondo, the government spokesperson, with a fresh list including 10 more returnees.

This explains why additional lists emerged in a desperate attempt to justify the earlier list. Opondo also issued a statement on May 15 defending the minister’s actions.

“This is to explain that a while ago Parliament and Ugandans at large asked government through the ministry of Foreign Affairs to explain the situation of Ugandans stranded abroad and where possible help facilitate them safely return home. It is therefore in that light that Foreign Affairs minister Hon Sam Kutesa after wide consultation including ministry of Health has cleared the following people in a gradual and controlled process to return home…”

The list had 13 people including Kavuya’s family. Opondo said when an opportunity presented itself and an Ethiopian airline flight was coming to Uganda, “we requested the airline to bring Ugandans who were stranded in Addis Ababba.”

The viral letter did not go down well with President Museveni. A State House source says the president summoned Kutesa and held meetings on May 16 in which he berated the minister for undermining his directives.

However, the source adds that Kutesa’s only punishment was a “caution.”

For now, the key actors in the repatriation mission are still investigating how the letter leaked to punish the ‘culprit.’ But sources at the ministry of Foreign Affairs and Uganda’s mission in Addis say that several top officials are pointing accusing fingers at each other.

In his statement, Opondo said cabinet was supposed to meet on May 16 and finalise a policy position on how to facilitate the rest of Ugandans still stranded abroad.

As a fellow African, I really had hope that Uganda had ushered in a real pan African in Museveni. But the savage tribalism & theft by your western ilk makes your previous scumbag (Obote and Amin) seem like shining gems.

For one, at least the latter (especially the latter - Amin) was tried to empower the African (in the best way an illiterate knew how), never let non Africans steal from African through so-called lotteries only to superintendent over the African, and never robbed the treasury to the satisfaction of one small people group (tribesmen).

Africa is on a descent - Uganda being one of the worst/most decayed. The Kabuya (or whatever his name is) story is only a tip of the decay. Hint: A one Nantaba was hailed for as long as she touched every native. She was dumped the moment she questioned an alien (Karangwa or something like that)
Report to administrator
+2 #12 Budapest 2020-05-27 20:05
It's very simple!

A man has his family in Addis that include his wife and grandson. He knows a few influential people who include the Minister of Foreign Affairs.

He asks him for a favour. He says his family is stranded just here in Addis. Can he help him, for old times sake. And the said minister pulls a few strings as only he can. And the deal is done.

So the question is actually very simple. Who among your circle of friends can come to your rescue in tough times? Who can you count on? Who can you call on to repay a favour in times of need?

This is not about who is privileged or not, who has connections or not. It's about how can your connections help you?

You have to invest in people who can help you in times of need. Don't just have friends who you meet after work for a drink and that's it? Can you call on them for help?

Again, much ado about nothing. Just make better friends and some money.
Report to administrator
+1 #13 Joe 2020-05-27 20:16
And Paster Walugembe, a man being awarded so much for being stopped from destroying the environment!

God where are we the God fearing Ugandans! To add insult to injury, he says 187billion is not enough!

Who is this Walugembe? Mr. President, there people who are determined to destroy your legacy, for I don't want to believe that you are complicit in such.
Report to administrator
12