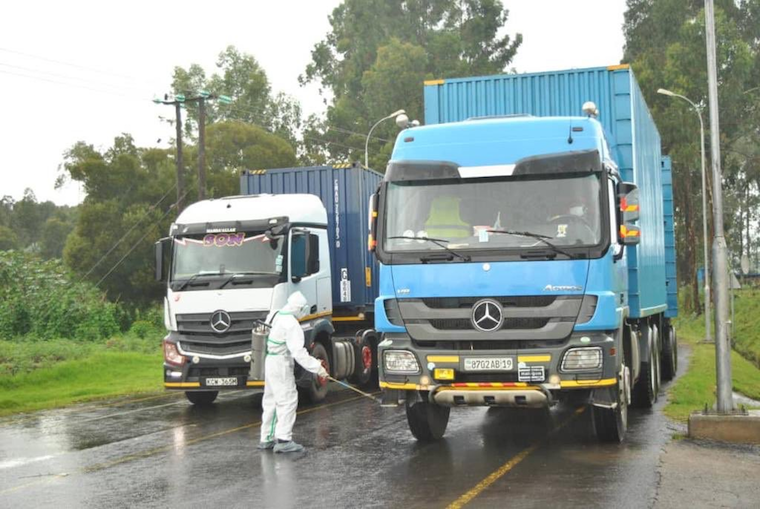 Uganda's confirmed coronavirus cases have risen by 23 to 198. The new cases registered from 1,187 samples tested on Saturday include 19 truck drivers and 4 contacts to previously confirmed positive truck drivers.

According to the ministry of Health, the 38 foreign truck drivers who tested positive were denied entry and returned to their respective countries.

Of the confirmed 198, at least 119 are Ugandan cargo truck drivers. Truck drivers continue to pose a challenge for leadership in the East African region.

With different testing protocols and kits, some drivers test positive in one country and negative in another. This has particularly heightened the rift between Kenya and Tanzania after Kenya closed its borders to coronavirus positive drivers.

Kenya recorded 31 new cases to takes its national tally to 1,192. Another 4 coronavirus patients were confirmed in Rwanda, rising the country’s total to 325 infections. Tanzania's cases remain at 509.

61 people died of coronavirus while another 3,044 got infected on Saturday on the African continent according to official submitted figures. It is a slight drop from the 89 deaths and 4,161 infections recorded on Saturday. Egypt lost the most people - 10 on the continent on Saturday.

The North African country also registered a further 727 new cases. A total of 16,513 infections, 4628 recoveries and 735 deaths have been confirmed in Egypt so far.

South Africa, recorded 10 new deaths and 1,218 new infections. South Africa is Africa’s most infected country with 21,343 confirmed cases and a total of 407 deaths. Some 10,104 patients have recovered from the virus.

DR Congo recorded 80 new cases to take its national tally to 2,025. Currently, Eritrea previously with 39 cases, Seychelles with 11 previous cases and Western Sahara 6 previous cases remain the only countries on the continent without any active coronavirus cases. They discharged all their cases without recording any deaths.

+1 #1 Mama Mia 2020-05-24 14:14
This is a self-inflicted problem. Uganda was given a viable remedy of having truckers tested at Naivasha by president Kenyatta which was ignored.

Uganda continued to squander the meagre resources (especially testing kits) on foreign truckers. It should have taken about 2 weeks to prepare Naivasha.

Even then I would expect the 2 decorated Generals Museveni and Katumba to tighten the grip on these reckless truckers by tightly escorting them to their destinations and back or quarantine them to designated places.

It is clear Magufuli has lost the plot and Kenyatta is using Covid-19 situation to tighten his grip on power by trying to annihilate the ambitious and popular Ruto so that he can kugikwatako and entrench himself at the helm for good. Uganda can only survive this pandemic maintaining strict measures around its borders. Disappointed!!!!
Report to administrator
+1 #2 Lysol 2020-05-24 18:34
Uganda was not being honest with the numbers of the COVID-19 infections.

The worst is yet to come. I'm not being an alarmist. Some of us are the first responders.
Report to administrator