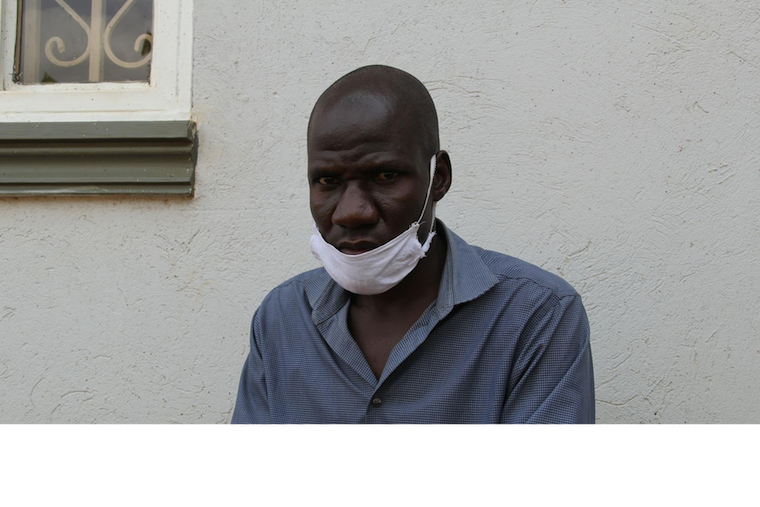 A security guard deployed at Southern Range Nyanza Textile Industry (Nytil) in Njeru in eastern Uganda has been fired for instructing his boss to wear a face mask as a preventive measure against spreading coronavirus disease.
George Muyomba attached to Pan African Carriers Uganda-Limited was dismissed from his job after he asked general manager Vinay Kumar of Nytil to wear a face mask before he could be allowed into the factory premises.
According to the termination letter dated May 19, 2020, and signed by the factory’s human resource manager, Joanitah Nakawesi, Muyomba is accused of insubordination and selective enforcement of guidelines on face masks.
“You locked out the general manager outside the entry gate while he was reporting for duty on May 6, 2020, claiming that he had not put on a face mask. The general manager requested you to allow him entry and you sort out the matter while he was inside the factory premises but you were adamant, this is insubordination,” reads the letter.

The letter indicated that although the guard was advised to ensure that all staff wear face masks while reporting for duty, he seemingly targeted the Indian managers and had leniency for other workers who accessed the factory without masks.

Ironically, Nytil is one of the firms contracted by the government to manufacture face masks that will be distributed to Ugandans after the president announced that face masks will now be mandatory.

Muyomba says that his employer had resolved to deploy him in another unit, away from the gates for a period of one week. However, Kumar ordered for his instant dismissal as soon as he sighted him.

Kumar declined to respond to our repeated calls by press time. However, the factory’s corporate affairs manager Jimmy Mutesasira downplayed the reports saying that the news of the termination is circulated by competitors in the textile industry.

“Ever since the president started endorsing Nytil as the leading producer of quality face masks in his different televised address, mafias started plotting against us, they are actually the ones responsible for misleading Muyomba,” he says.

How history is easily forgotten. Now just try Kakira and Mayuge sugar. You will vomit. Their economic power has gotten to their heads that we the locals simply aren't human anymore.

The sad thing is that our politicians and our poverty empowers them.
Quote | Report to administrator
+3 #2 Sabiti 2020-05-23 16:06
The Nytil boss should be the one fired and deported to wherever he came from.

He should respect once the president has made such a pronouncement; it becomes policy that we all have to abide by whether we like it or not
Quote | Report to administrator
+1 #3 Chris 2020-05-23 19:27
I work under safety and security department in my company, i have asked the CEO and other managers at the entry points to my work place to have their musks on and no one ever hesitate or make up a case against me,they even walk back to their cars and pick them.

Such a man deciding to fire a guard trying to implement rules and guidelines decided on by above all the president should be fired and security guard given his job back.

He should not take matters in his hand and put the lives of the rest of Ugandans at risk on cross contamination from covid 19.

Ugandans have endured the hard times which have come with the Lockdown, coronavirus has been contained, we should not risk our efforts with such reckless people and worst he is foreigner.

Their economic power has gotten to their heads that we the locals simply aren't human anymore.

The sad thing is that our politicians and our poverty empowers them.

So, why are Ugandans not in control of the country formed by their tribal lands & who is going to FREE it for them?

Dictatorship & colonization are brought down through UNITY of a people, so why are Ugandans going along with the divisive tribalistic system that disempowers them, locked them with Museveni, even now knowing developed countries won't say a word against Museveni & how he rules?

Why is Uganda home for migrants, refugees, good life seekers & not for Ugandans?

Where is that just ONE National Leadership needed to UNITE Ugandans for second independence?
Quote | Report to administrator
+1 #5 Akot 2020-05-23 20:02
Sabiti,

Why would the Nytil boss be fired & deported while Museveni is FREE to do as he wishes?

This would be racial discrimination against Nytil boss!

But then again, black migrant Museveni is protected by skin colour & Ugandans don't look at him as a conqueror who owns their tax money, controls every institution, has declared himself the only ruler!

Ah! Ugandans are not even aware they are fighting, oppressing, blocking... one another so that they stay slaves of black migrant conqueror Museveni till he drops dead of old age in +30 years!