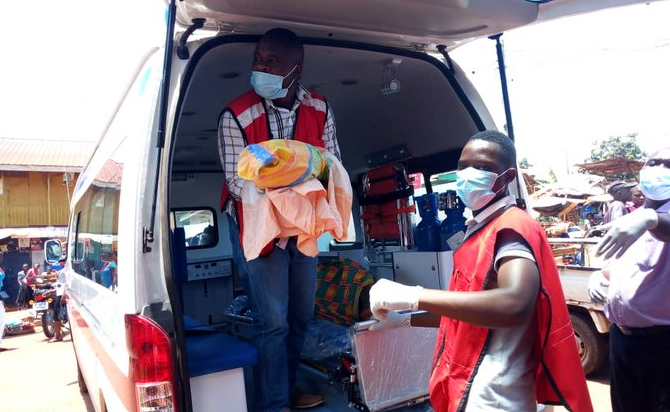 Kampala Capital City Authority (KCCA) has set up 29 locations where ambulances providing transport to people with health emergencies will be stationed.

This is in line with a decision by the government to provide transport to citizens with health emergencies other than COVID-19 amidst the current 14-day lockdown which led to the suspension of all forms of transport.

Wakiso town council will serve as station for Wakiso, Mende and Kakiri, Buloba police for areas along Mityana road, Kyengera police for Nabbingo and Nsangi up to Mpigi, Kajjansi Police for Kajjansi, Lweza and Seguku and Kisubi police for Kisubi and Kawuku up to Entebbe.

Any Ugandan with health emergencies in those areas can call KCCA on 0800-990-000 or hotline 020-466-0816 and the vehicle from the nearby station will pick them up. The service can be used by all citizens in the Kampala Metropolitan area.

As part of the president’s recent ban, resident district commissioners were given powers to grant permission to vehicles handling emergency issues like health to transport people. Namugwanya has however said that these can only give permission for a day.

London was well managed by Boris Johnson, which gave British chance to know & appreciate his skills, critisize him & he learns by & by in diplomacy, respect of the people.

How can Museveni/nrm that lead a very dirth bloody war with lies to Ugandans, run Kampala?

When will Ugandans understand Museveni/nrm are not politicians nor educated to run the country, but have destroyed what they had & will do so unless stopped in UNITY?

Ugandans MUST not go for yet fake presidential/parliamentary elections that will sink them deeper with these demons who believe Ugandans are slaves they can play about & destroy at will!
Report to administrator
+1 #2 Akao 2020-04-04 19:07
I think banning all form of transport is extreme.

By the end of it, more people will die of other preventable diseases because there is delay of getting to health centre.

Who advise this government? Iam also curious to know how the essential service workers are getting to work
Report to administrator