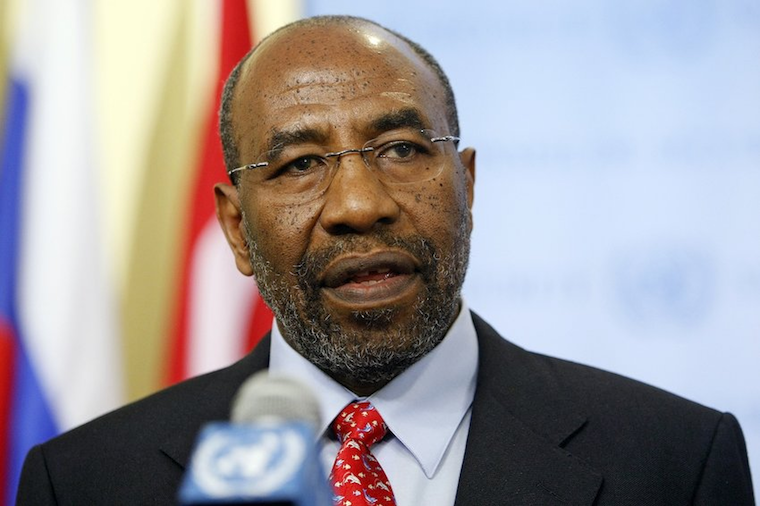 Government will ignore parliament's resolutions halting the distribution of relief food in Kampala and Wakiso starting this Saturday.

However, Prime Minister Ruhakana Rugunda says parliament's directives are only advisory and government will go ahead with its distribution come Saturday. Rugunda said much as the entire country is under lockdown, Kampala and Wakiso have the highest concentration of vulnerable people in need of relief food. Ruganda said the food distribution is a countrywide programme but they decided to start small in Kampala and Wakiso.

Government intends to distribute food items of 3 kilograms of beans, six kilograms of maize flour and salt to each of the 1.5 million Ugandans in Kampala and Wakiso. Lactating mothers and the sick will be given an extra 2 kilograms of powdered milk and 2 kilograms of sugar. The government says the relief will be distributed through the local council system and will base on data from the Uganda Bureau of Statistics (UBOS)

Government spokesperson Ofwono Opondo said that government doesn't agree with the advice of parliament to stop the distribution in Wakiso and Kampala.

Julius Mucunguzi, the head communications and the Office of the Prime Minister said government is currently discussing the modalities of distributing the food. Asked if the food will be distributed countrywide, Mucunguzi government had already communicated its position through the prime minister.

Hillary Onek, the minister for Relief, Disaster Preparedness and Refugees says that the relief is for vulnerable people who are in Kampala and Wakiso but are from different parts of the country and have a daily income which has been interrupted but also do not have a fallback position like a garden or source of income to rely on.

"The youth who live in Kampala doing petty work; when they miss one day, it means to sleep hungry. When they work they earn about Shs 5,000. From that Shs 5000, they use Shs 3000 for eating and the following day they go through the same routine." he said.

Onek says for people upcountry, they should be given seeds to plant through the Operation Wealth Creation, and the National Agricultural advisory services (NAADS).

"Where do they come from? Their homes are just the next door? Gulu, Hoima, I don’t know where their homes are just nearby…They ride the boda boda to ride around and earn some extra money. In actual sense they just walk home," said Onek about other vulnerable youth upcountry.

Onek said if there are cases of boda boda riders, taxi drivers and any other workers who get daily income stuck upcountry, the government will also look into this and support them, but not the natives who live there.

Muwanga Kivumbi, the Butambala MP says that unfortunately, parliament's role is mostly advisory. He says that MPs raised issues, and wanted to know if government was going to ensure equity and equality while distributing food. He says although parliament halted the distribution of food, all parliament can do is cautioning Government.

“Parliament resolutions are advisory, government can take them on or reject them. But if the government ignores recommendations from parliament, it can be called to order. What MPs wanted was not to stop the program but to ensure that it is rolled out across the country urban towns of Jinja, Mbale among others and these are not agricultural towns and they have been equally affected as the people in Kampala," he said.

The draft budget for the purchase of the relief being discussed by the committee on budget is Shs 54 billion shillings for the 30 days.

Ugandans will render themselves a huge service by not voting in mps again to keep alive a parliament that has no notion why it exists, except to blind the world to the inhumanity going on!

Why keep Museveni so so strong with;

Why don't Ugandans see what the country has become; a tribally divided & ruled zone with only migrant Museveni in control of everything?

What will tribal leaders standing down & UNITY cost, if not give Ugandans "the power" desperately needed, to bring change without armed war?

Are Ugandans afraid their UNITY will make rwandese take over their country, but tribalistically divided & ruled by rwandese Museveni, makes them safe?
Report to administrator
+2 #2 John 2020-04-03 20:28
I live in Bugolobi (an upscale suburb in Kampala). They came asking if we needed relief food.

I was angry and baffled that instead of supplies going to the destitute, government officials thought the best idea is to begin with (or include Bugolobi - wouldn't be shocked if Kololo and Nakasero followed on their list).

Africa must get organized. One would think knowing such a basic would be common to all.
Report to administrator
+1 #3 miki 2020-04-03 22:48
The 'food relief' effort is being rolled out to insulate the regime about possible riots and insurrection by people in the capital Kampala.

It is not meant to help Ugandans in real need but to protect the regime. As for Ugandans upcountry, and the ones who have supported and sustained Mr. Museveni and his yellow vermin regime?

Mr. Museveni is telling you to go to hell since you dont constitute a bing enough threat to his regime through riots and insurrection!

This must be a lesson to Mr. Museveni's 'Peasants.' He has no friends - just neuralised enemies (the upcountry people) and the active enemies (the Kampala mob who have consistently opposed his regime).

Mr. Museveni always respects and responds more favourably to feared enemies that to his nuetered friends.

This government may send food relief to Joseph Kony before it takes care of its supporters (the nuetralised enemies). Sad!
Report to administrator
+1 #4 Umkosi 2020-04-04 12:02
They're scared of Kampala and Wakiso because of Besigye supporters and People power supporters.

They are too incompetent to have a comprehensive plan for all urban places in the country.
Report to administrator
+1 #5 Paul K 2020-04-04 15:35
But who is supplying the posho and beans to government?

Was there a tender made or where farmers mobilised to sell to government? When this is all over, expect a commission of inquiry with the usual suspects cropping up.
Report to administrator
0 #6 Akot 2020-04-04 19:34
John,
miki,
Umkosi,

What is more worrying is; if covid-19 spreads in Uganda as in Italy, Spain, UK...!

France with 1 of the best National Healthcare managed to cure so many infected, but so many deaths/infections are reported dayly!

They're scared of Kampala and Wakiso because of Besigye supporters and People power supporters.

They are too incompetent to have a comprehensive plan for all urban places in the country.

Correct. That WAKISO is the proposed new TRIANGLE.

However, the biggest threat to the regime would seem to be those close to M7 himself.

Remember that questionably unbalanced promotion in the military that was justified by "the Banyankole are the most qualified". It did not make since then. Now it does.
Report to administrator