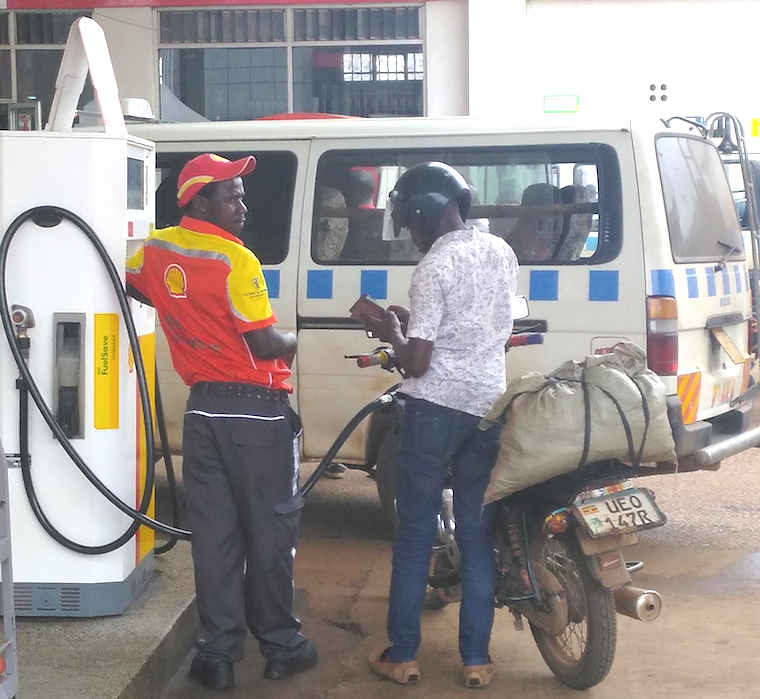 Fuel sales in Uganda have dropped by more than 80 per cent, cutting off a key tax avenue for the government.

Daniel Mushabe, the general manager of Mount Meru Petroleum, fuel importer and retailer, said station sales have collapsed. Mushabe said Meru “imports on average 5 million litres per month but they will be bringing in just one million litres."

Bigger players like Vivo Energy and Total Uganda sell up to 40 million litres and 30 million litres per month respectively when there is no crisis, according to industry figures seen by this reporter.

This has been cut by 80 per cent as private motorists sit at home. Fuel sale losses apply to aviation fuel as the aviation industry has also been closed down. President Yoweri Museveni on Monday announced a suspension of the use of private cars, and closure of business around the country. Public transport had been suspended earlier. Less travel means less consumption of fuel.

Less fuel sales are a disaster for the country’s tax status. Uganda collects at least Uganda Shs 1100 per litre of petrol sold. It also collects Shs 880 per litre of diesel sold.

Petroleum duty is expected to contribute at least Uganda Shs 2 trillion to the national purse, according to the Uganda Revenue Authority 2018/19 estimates.

This revenue has literally been wiped out. Painfully, Mushabe said, they will have to send home all the workers – and what happens after the 14 days could mean many workers will be laid off.

Uganda has so far confirmed 45 cases of COVID-19. Minister of health Jane Aceng told reporters in Kampala on Thursday that estimates show up 18,000 Ugandans could catch the virus without the lockdown. This can only mean extensive lockdown times to nip in the bud the spread.

+1 #1 Kabayekka 2020-04-03 14:29
Indeed Parliament must have seen it coming. No wonder these greedy people's representatives have been keeping mum and the military trying to show off as working very hard!

The best this leadership can do is to take home a pay cut for several months. Until after the next General election.
Report to administrator
0 #2 Akot 2020-04-03 18:49
Kabayekka, understood.

But, why would Ugandans vote in mps again when they work for Museveni & not for electorate?

Without tribal leaders standing down/forced to by subjects/Ugandans to give chance to UNITY that will ensure Museveni/nrm are out, Ugandans MUST not go for more fake presidential/parliamentary elections!

Ugandans must now know no election will throw Museveni out.

Is mp B. Wine allowed/free to address Ugandans?

Dr Besigye is not allowed to help Ugandans with ambulances..., right?

As UNITY of Ugandans to block migrant Museveni is not coming, why doesn't he for once be a real man who can erect, by dissolving posts of tribal leaders & just rule without even parliament, as migrant Idi Amin did?
Report to administrator
0 #3 Jomo 2020-04-03 18:50
That was pretty much expected. The amazing thing is when government moots a plan to increase taxes on fuel and beer, when fuel stations are barely limping and bars are closed!
Report to administrator