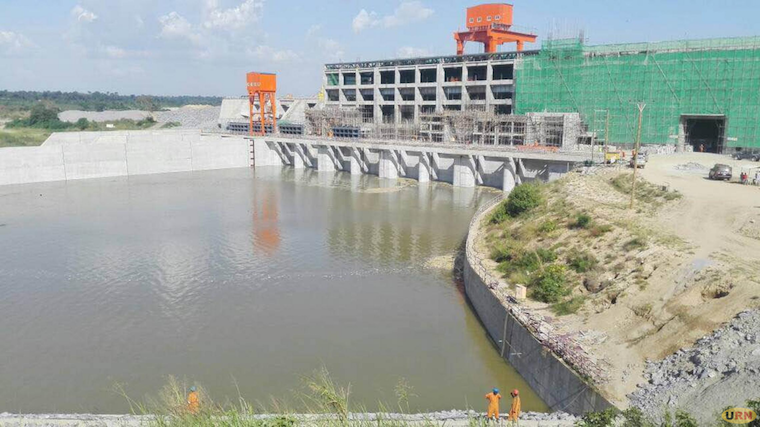 Plans to construct a bridge over Isimba dam were dropped due to security reasons, the government and the contractor have said.
Although the 183MW Isimba hydropower dam was commissioned on March 21, 2019, construction of a bridge on top of the dam that was meant to link Kayunga and Kamuli districts stalled leading to the speaker of parliament Rebecca Kadaga to raise concern, alleging that the Shs 24 billion allocated for the bridge was swindled by top government officials.

But now, government says after evaluation, they noted that a bridge atop the dam poses security and terrorism concerns, the reason the construction was altered to downstream.

Xia Nenghai, the project manager of China International Water and Electrical Company Ltd, the contractor said it is indeed true the bridge was altered for security reasons. He says government raised reports of security concern at a time when the bridge was already complete.

He says although this was not a fault on their part, they will have to bear the cost of the new bridge. Nenghai says, unfortunately, they are supposed to use part of the $567 million to construct the bridge. According to Nenghai, other factors such as maintenance of the dam would also require the bridge to be closed.

Meanwhile, a statement from the minister of Energy and Mineral Development, Mary Kitutu addressed to parliament indicates that based on the technical committee engagements, government directed the contractor to construct a separate public access bridge with two lanes as specified in the contract since the construction of the lsimba dam had advanced.

She says further consideration was given to security and terrorism concerns, avoidance of interference with dam operation and maintenance activities as well as traffic blockage during removal of the trash and water hyacinth.

Kitutu says that this led to the shifting of the bridge downstream were a better and more secure bridge is being established. She also says the contractor had constructed a single lane on the bridge atop the dam which was not feasible.

Kitutu also says that efforts are being undertaken to ensure that the contractor has sufficient cash flow to continue and complete construction by 31st December 2020 as per the provisions of the contract.

Government had withheld up to Shs 154 billion until completion of all works.

0 #1 WADADA rogers 2020-02-18 15:22
That nonsense of security reasons has always placed in favour of the powers that be. it is malya nsimbi
Report to administrator
0 #2 Lysol 2020-02-18 21:52
What a baloney! Always some excuses with the many so-called attempted and failed projects , because of corruptions. Who is fooling whom here?

The corrupt regime always brags about security and how Uganda is safe now for business. What a shame and nonsense!

All the so-called projects of China to Africa will always fail.Those chinese projects are like the desert mirages. They don't go nowhere.
Report to administrator
0 #3 Zaitun 2020-02-19 10:31
Can the government be clear as to what kind of security reasons they are clamering about? You have always started projects that stall for dubious reasons.

Just terll Ugandans that the sole reason behind this is robbing us of some huge sums of dollars as has been the habitude.

Stop telling us lies, we are already used to your grabing tactics. What exactly would you expect from us, slaves of your rotten system?
Report to administrator