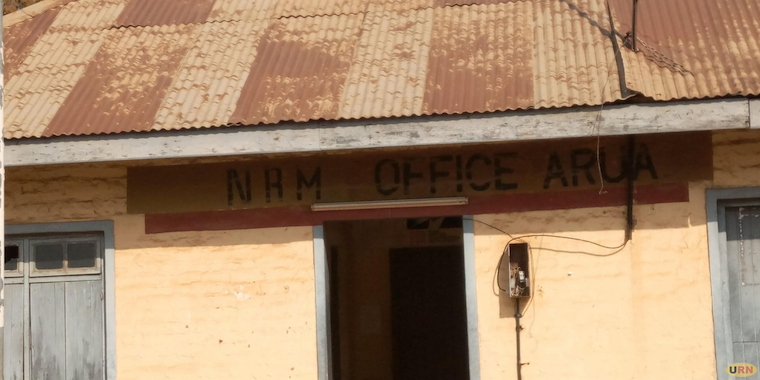 As the ruling party commemorates 34 years in power today, residents in Arua district in northern Uganda, have said whereas the NRM can point to its achievements in raising the literacy rates in the country since taking power in 1986, the quality of social services has tremendously gone down, poverty rates higher and levels of corruption at their highest  - even worse than in all previous governments.

The National Resistance Army (NRA) fighters led by Gen Yoweri Museveni captured power on January 25, 1981, after a protracted 5-year guerilla war, but the anniversary celebration was changed to January 26 because January 25 coincided with the same date that the much-loathed Idi Amin Dada also captured power.

At the time NRA came into power, Milton Obote's government was characterized by civil rights offences, human rights violations, corruption and fraud. However, some of these offences were being committed by NRA soldiers disguised as government forces according to a confession by the current minister of East African Affairs Gen Kahinda Otafiire.

Initially, NRA ushered in a semblance of peace, stability and tranquillity in Uganda but 34 years later, Ugandans are worse off according to Jaffer Alekua, a senior citizen who has lived through various regimes in Uganda.

Alekua says that NRM's achievements have been soiled by personal greed and the prolonged campaign to hold onto power, instead of empowering the people. According to Transparency International, Uganda ranked 137 out of 180 least corrupt countries - a slight improvement from 149 in 2018.

Alekua says poverty levels have gone to the extreme because there is no deliberate effort by the NRM government to uplift the economy.

"The NRM’s core achievement is it has successfully clinged to power for 34 years. And secondly, the core achievement of NRM is they have extended their rule into the countries surrounding Uganda. The majority of Ugandans are experiencing abject poverty they have never experienced during the colonial regime and other previous regimes. These are facts, I can defend. Economically, Uganda is suffocating in foreign debt, a foreign debt burden Ugandans have never experienced in all previous regimes. There is a silent method of silent killing which is there in NRM which was not there in previous regimes. This regime doesn’t accept advice."

By the late 1980s, Uganda had accumulated external debt of up to $1.405 billion, representing over half of GDP and nearly three and a half times the level of exports.

While presenting the 2018 audit report to the speaker Rebecca Kadaga in January 2019, the auditor general John Muwanga noted that Uganda's rate of borrowing had increased the public debt by 22 per cent from Shs 33.99 trillion as at June 2017 to Shs 41.51 trillion on as of June 30, 2018.

David Asizua, an LC I chairman in Arua says that unless corruption and political violence are addressed, it will be difficult to consolidate the gains NRM has made over the last three decades.

"Since 1986 NRM has done a lot as far as education, security is concerned. Even developmental issues, a lot of things have been done but there is still some challenges which we think this time when we’re commemorating this year, we should fight corruption. That is the most important thing. Two, I think it will be necessary, us as LCs if government can think about us - maybe to give us more motivation so that we can do something better for this government. There is a lot of violence, government must stop this violence by making sure government is run in a good way." said Asizua

Steven Buga, a veteran soldier in Arua says that in spite of the great achievements of NRM like an improvement in the road network, universal education, peace among others, the president’s agenda is dented by selfish people around the presidency.

According to Buga, the economy of Uganda needs to be boosted by the government through a direct monetary approach so as to minimize the increasing negative inflationary effects on the people.

Arua Resident District Commissioner (RDC) Nahori Oya says that the achievements of NRM are worth celebrating on recognition of the journey from the turbulent times experienced under previous governments.

The celebration of the day, this year, is in Ibanda district under the theme; Celebrating NRM/A's patriotic struggle that ushered in national unity and social transformation.

He was probably best known for his pristine bicycle ( I would think a Raleigh), which at the time was a top of the range of the bikes.

He was housemaster for Lumumba or Kenyatta, and was also a sports master .

I remember an incident when Tororo College came for a football match, a match one of my dear friends (a one Philip Tukei)played totally drunk and collapsed into a heap at the end of the match.

But I have never seen a better display from an individual leading our team to come from 2-0 down to win the match 3-2 , with him scoring 2 goals , and a one "metric" Mangeni scoring directly from a corner kick.

Alekua had wanted to be the referee, but to our surprise the Tororo College driver turned out to be a certified referee complete with the attire, much to our delight.
Report to administrator
0 #2 ejakait engoraton 2020-01-27 17:53
On another note though, Mr Alekua , even though a moslem, liked his drink and was always in drinking sessions with other teaches most notably Mr EKEK, Mr OJANGOR and others.

One of those sessions turned rather rowdy, and the others being locals, ALEKUA could not match them and he dutifully fled the scene.

The next thing they knew was being surrounded by army men from Soroti, who gave them a proper hiding (no fatalities were reported)

AS it were, this was during AMINs time, and ALEKUA, son of WEST NILE and a muslim to boot, went and called upon his mates in the army.

I am told after some peace talks, the drinking sessions continued peacefully afterwards.
Report to administrator
0 #3 rubangakene 2020-01-27 23:06
Only God will help this country wipe out corruption!
Report to administrator
0 #4 Wainanchi 2020-01-28 01:47
Over and over again, Mr Presidet .Build more prisons catch the thugs and send them to work for the benefit of Uganda.

They can raise chicken, goats, pigs, work in corn fields, rice fields, harvest matoke, work in the Government mills to produce portio, collect salt, work in sugar cane fields, build houses for Police and Army, work in processing industries , sweat and work hard, and learn to be good and law abiding citizens and above all contribute to Uganda and pay back for their sins.

Once reformed after years of spent in Uganda prisons they will not attempt to steal and cheat.If they do bring Saudis executioners to cut their fingers or tongues,Hahahahahah
Report to administrator
0 #5 miki 2020-01-28 18:42
So Wanainchi, to which labor camp would you condemn Mr. Museveniwho is the author, manager and progenitor of this corruption scourge?

To the salt mines of Katwe, I guess! Or may be as prison rental labor to any of the sugar plantation owners where his famous hat would come handy as protection against the scorching sun.