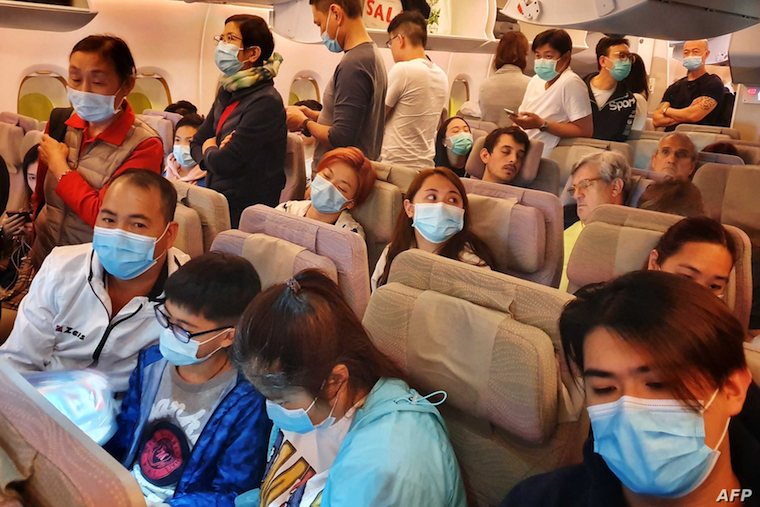 The Chinese National Health Commission said today Friday that there are 830 confirmed cases of the new coronavirus countrywide, while at least 25 people have died.

The Chinese government isolated more cities Friday, an unprecedented move to contain the coronavirus, which has spread to several other countries.

In China, at least 10 cities, and at least 33 million people, have been put on lockdown — Wuhan, Huanggang, Ezhou, Chibi, Qianjiang, Zhijiang; Jingmen, Xiantao, Xiaogan and Huangshi — all in central China’s Hubei province, on the eve of the Lunar New Year, when millions of Chinese traditionally travel.

Shanghai Disney Resort announced on its website that it is temporarily closing Shanghai Disneyland, a major tourist attraction during Lunar New Year, “in response to the prevention and control of the disease outbreak and in order to ensure the health and safety” of guests and cast.

The municipality authorities of Wuhan, where the coronavirus is believed to have originated, said Friday that the city is building a new 1,000-bed hospital, expected to be completed by February 3.

On Thursday authorities first banned planes and trains from leaving the city of Wuhan, where the coronavirus is believed to have originated. Toll roads were closed, and ferry, subway and bus services were suspended.

Wuhan authorities have demanded that all residents wear masks in public and urged government and private sector employees to wear them in the workplace, according to the Xinhua news agency, which cited a government official.

Similar measures were taken hours later in the nearby cities of Huanggang and Ezhou. The government also canceled holiday events in Beijing that usually attract large crowds.

Fifteen medical workers are among those who have been infected by the virus, which has spread from Wuhan to Beijing, Shanghai and Guangdong province, as well as Japan, South Korea, Thailand, Taiwan and the United States. The World Health Organization said Thursday the deadly virus has not yet developed into a worldwide health emergency.

“This is an emergency in China, but it has not yet become a global health emergency,” WHO Director-General Tedros Adhanom Ghebreyesus said after a two-day emergency meeting in Geneva.

The UN health agency’s decision came after it received information from independent experts who spent two days assessing information about the spread of the new coronavirus. WHO considers an international emergency an “extraordinary event” that puts other countries at risk and one that requires a coordinated global response.

The US announced its first case Tuesday in the northwestern state of Washington. Health officials there said a man who returned to Seattle from Wuhan last week is hospitalized in good condition with pneumonia.

US President Donald Trump assured reporters during a press conference in Davos, Switzerland, Wednesday that US officials “have a plan” to deal with the new outbreak, praising experts at the Centers for Disease Control and Prevention as “terrific, very great professionals, and we’re in great shape.”

Airports around the world have begun screening travelers from Wuhan for any signs of the virus. A coronavirus is one of a large family of viruses that can cause illnesses ranging from the common cold to the deadly SARS.

Given the many numbers of the Chinese in the country and those who traveled back and forth.

Well, don't be surprised if Rwakitura Kraal is also lockdown, soon?
Report to administrator
+1 #2 Amooti Mugi 2020-01-25 09:37
I would expect by now our Entebbe international airport to be screening all arrivals from China and Europe...

Has any travel advisory been issued for Ugandans wishing to travel to China...
Or is it left for each one to contend with fate ...

China should be commended for doing it's part to as far as ground all flights from wuhan which is the epicentre of the disease...including closing key tourist sites.
I wish Ugandans good health..
Report to administrator