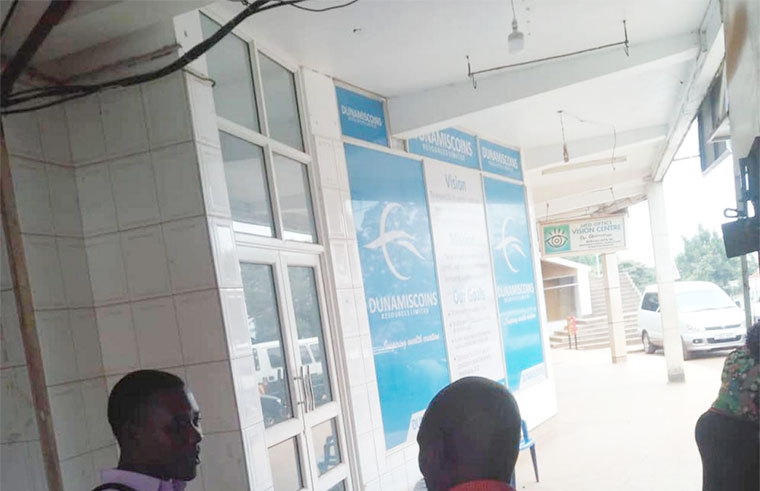 After its surprise collapse in December, state prosecutors say they have logged over 4,000 complaints against Dunamiscoins Resources Limited, a once bustling downtown digital cryptocurrency scheme.

Samson Lwanga, 37, and Mary Nabunya, 53, both directors of the collapsed Dunamiscoins Resources Limited, appeared before the Law Development Centre court on Monday and were charged with 65 counts tied to obtaining money by false pretense.

The two are accused of recruiting hundreds of people into their sham digital cryptocurrency scheme. Senior Grade One Magistrate Roselyn Nsenge read the 65 counts related to obtaining money by false pretense and conspiracy to commit a felony.

Prosecution told court that between February 14, 2018 and December 3, 2019 at the New Taxi Park in Kampala district, Lwanga and Nabunya conspired to commit a felony by obtaining money by false pretense contrary to the Penal Code Act.

The suspects fraudulently obtained between Shs 500,000 and Shs 140 million from dozens of people claiming they earn huge returns on investment whereas not. The suspects pleaded not guilty to the charges and were remanded to Luzira prison until January 22, 2020 when their case will come up for mention again.

State prosecutors told court that they have over 4,000 registered complaints against the suspects, adding that inquiries are still ongoing. The lead complainant, Haruna Asiimwe, said in an interview that victims were duped by Dunamiscoins Resources Limited officials into investing money with promises of earning a 30 percent interest in 21 days.

He, however, said they were shocked when the company closed shop on December 3, 2019. A statement issued by Uganda Police in 2019 said the directors of the sham company claim they are willing to refund the money but their major accounts in Centenary bank, Stanbic bank and GT bank are frozen by the Financial Intelligence Authority.

The suspects have been in police custody since their arrest on December 10, 2019. Dunamiscoins Resources Limited had set up branches in Kampala, Masaka and Mbale, among other areas.

You are giving the wrong impression about cryptocurrency trading.

That causes further confusion. Cryptocurrency trading is not controversial. Do not mix it up with fraudulent investment firms and pyramid schemes.
Report to administrator