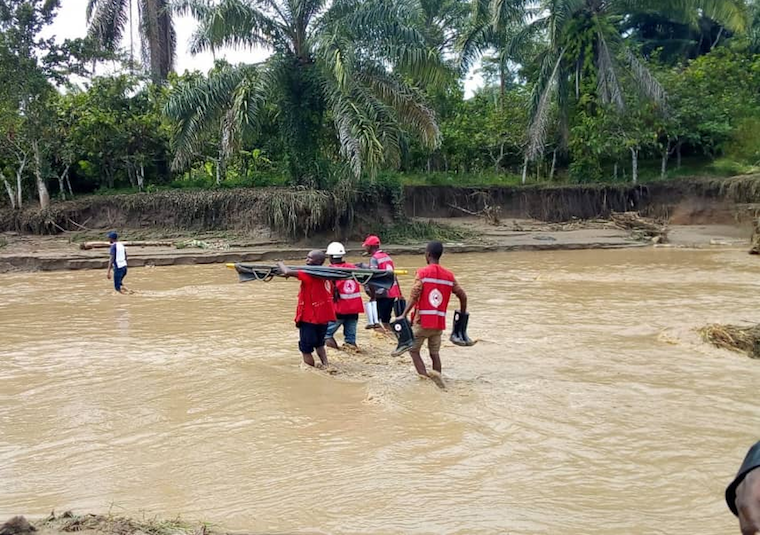 17 bodies have been retrieved in Bundibugyo so far following landslides that hit the district after the Saturday morning heavy rains.

At least 30 houses were reduced to rubble and property buried in the mud. Also, several hectares of crops were also washed away. 15 bodies were retrieved on Saturday evening and two more have been retrieved today Sunday by a team comprising of Uganda Red Cross Society, police and residents.

The victims were residents in Busaru, Harugale, Nalulu, Ntotoro, Kirimi and Humya sub-counties. Lydia Tumushabe, the Rwenzori West regional police spokesperson says that the bodies have been handed over to the relatives for burial.

Bundibugyo district chairperson, Ronald Mutegeki was quoted by Daily Monitor saying that the number of bodies retrieved so far stands at 22.

Vincent Muhindo, of the Uganda Red Cross Society Bundibugyo branch, says that the organization is still assessing the damage caused by the floods and the number of people affected. He, however, says that provisional assessment carried out by Red Cross in the affected areas indicates that more than 700 families lost houses and crops in the mudslides.

He adds that parishes of Humya and Buhundu are faced with an acute water shortage because the streams have been contaminated. According to Muhindo, the displaced families have sought refuge in different schools and churches in the district.

The Fort Portal-Bundibugyo road that had been cut off by the floods after Bundibugyo town towards Lamia border reopened on Sunday after engineers from Uganda National Roads Authority (UNRA) Fort Portal station unblocked the culverts that had filled with stones from the slopes.