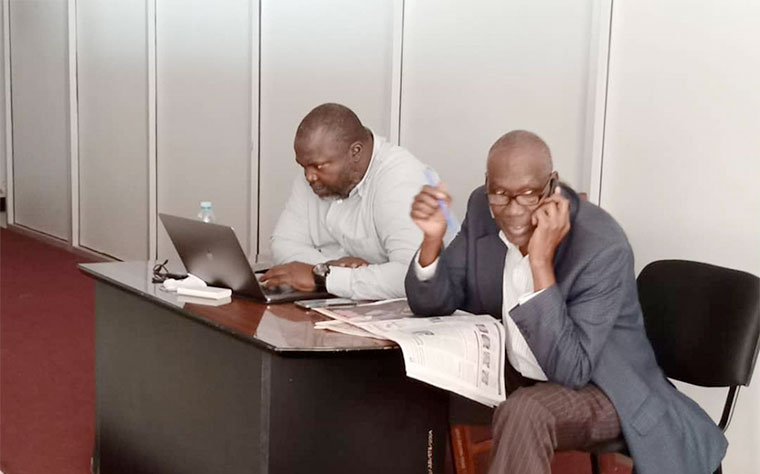 The Supreme court has upheld a 12-year jail sentence handed to the former NSSF managing director David Chandi Jamwa for causing the government a financial loss of Shs 3 billion.

Jamwa was first handed the sentence in 2011 by the then Anti-corruption court judge John Bosco Katutsi for having sold NSSF treasury bonds to Crane bank before maturity on October 4, 2007.

However, he appealed the conviction and the sentence before the Court of Appeal, where it was upheld by a panel of three judges; Steven Kavuma, Kenneth Kakuru and Apio Aweri.

Through his lawyer David Mpanga, Jamwa proceeded to the Supreme court where he argued that it was illegal for the Court of Appeal to reevaluate evidence of the Anti-corruption court thereby convicting him of abuse of office.

He also argued that the Court of Appeal erred in law and fact by giving him an invalid judgement because some of the judges who signed the decision had long vacated the same court. The judges that had vacated include Steven Kavuma and Apio Aweri who has since been promoted to Supreme court.

However, in the judgement read on Friday, three Supreme court justices; Lillian Tibatemwa, Paul Mugamba and Eldard Mwanguhya upheld the decision of the Court of Appeal while two others; Dr Esther Mayambala Kisakye and Jotham Tumwesigye dissented to the sentence and conviction.

The majority judges ruled that they have no doubt that the first appellant court on revaluation of evidence was satisfied that the offence of financial loss had been proved beyond a reasonable doubt.

"Not a single piece of evidence so evaluated has been faulted before us and there is ample evidence to justify the conviction. We find no valid reason to depart from their findings", reads the majority judgement.

The judges add that after re-evaluation of the mitigating factors by the appellant, they have found that the Court of Appeal legally sentenced Jamwa to 4 years imprisonment for the offence of abuse of office. They have thus dismissed his appeal and upheld the sentence of the lower courts.

However, the dissenting judges argued in their minority judgement that the decision of the Court of Appeal was invalid because it was delivered on January 15, 2018, when some of the panel members had long vacated the same court.

The dissenting judges add that Justice Kakuru alone couldn't constitute the quorum to reflect the mind of the Court of Appeal as had been constituted in as far as the constitution is concerned.

Jamwa who has been out on bail and after receiving the judgement, he was escorted to the Supreme court registry by prison wardens as he did some work on his laptop waiting for documents sending him to Luzira where he is to start serving his 12-year sentence.

0 #1 Lakwena 2019-12-01 17:47
You would think after spending sometime in a typical Ugandan prison, some of big fish and/or fat cats like Jamwa would lose their bellies, but wapi.

In other words, you would think that: a few months behind the slammer would have deflated Jamwa's appetite and pot belly.