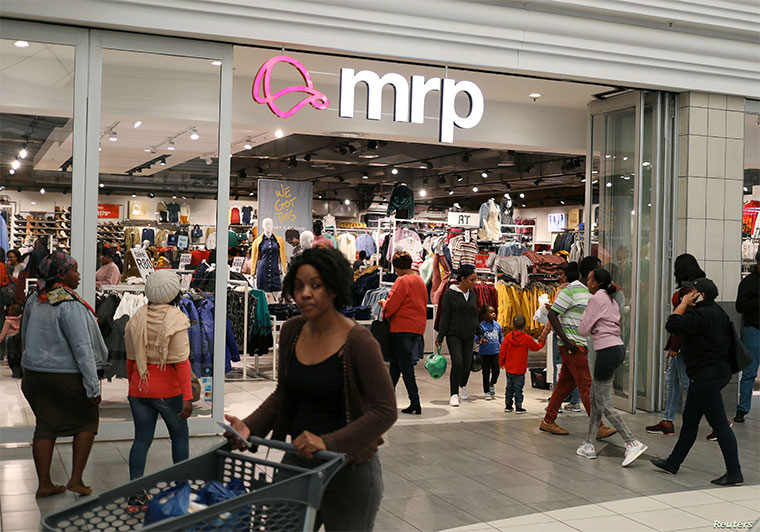 Forget Thanksgiving. In Africa, consumers are forgoing the turkey dinner and family drama. Instead, they are, in huge numbers, celebrating the bonanza that comes the day after:

South African economist Mike Schussler, who estimates that the adopted holiday has been observed in South Africa for about a decade, said he thought Black Friday “has become a little bit of a worldwide phenomenon — particularly, I think, in countries where consumers are very much needed by the retailers, where retailers have had to entice consumers from their tight spending into the shops. And in South Africa and a few other places, the end of November is normally the time period when people get what we call their Christmas bonus or their annual bonus."

And the phenomenon is growing. First National Bank, one of South Africa's largest financial institutions, reported this week that its cardholders made purchases worth more than 2.5 billion rand — that's a cool $169 million — last Black Friday, and it expected to see a 16 per cent increase this year.

In the world of electronic commerce, Black Friday has been a game-changer, said Abdesslam Benzitouni, a spokesperson for Jumia, a Nigeria-based shopping site that operates in more than 10 African countries. Black Friday, which Jumia started promoting in 2014, is now so big that it has eclipsed a single day, he said. He declined to give sales figures.

"Just last year, we had more than 120 million visits on our website,” he told VOA from Nairobi. “And this year we're expecting to have more than 150 million visiting our website. It was one day — Black Friday was on Friday. Then we went to one week. And now it's one month for us."

So what are African consumers buying? More or less the same stuff shoppers are buying everywhere else, he said: electronics, phones, televisions, clothes. But although many of those items are not made in Africa, this consumption binge is, Benzitouni argued, a good thing for the continent. Many of Jumia's vendors, he said, are small, local African enterprises.

"Imagine tomorrow, if we have this African free trade market between African countries, we can have, like, a seller from Nairobi who can sell directly to Nigeria or Ghana.  … Black Friday is just an opportunity to promote this e-commerce. So we are creating an infrastructure and visibility for a new digital economy," he said.

Or maybe it's just a good day to get a sweet deal. Whatever the reason, in Africa, it's open season for Black Friday.

I don't see much ado about the so-called Black Friday which has gone global. Aside from that I have enjoyed eating plenty of turkey meat .

Ugandans are always copy cats because they don't like their own culture/country/regime. One can always pretend or imagine living in another better country, but there is nothing like the real thing.
Report to administrator
0 #2 Meyer 2019-12-02 07:27
#1 Lysol correct me if am wrong but i haven't seen any word Uganda/Ugandans in the above article why are you jumping to conclusion and whats the harm with imagining being in a better place and why mention you in America yada yada unnecessary personal info
Report to administrator
0 #3 GTF 2019-12-03 18:55
DO NOT MISLEAD THE PUBLIC BLACK FRIDAY IS NOT A HOLIDAY IS THE U.S
Report to administrator
0 #4 Lysol 2019-12-03 22:14
Meyer
You will never be any close to where I have been.I can be anywhere in the world at anytime. So go hang
Report to administrator
0 #5 J.W. Kule 2019-12-04 17:14
Quoting Meyer: