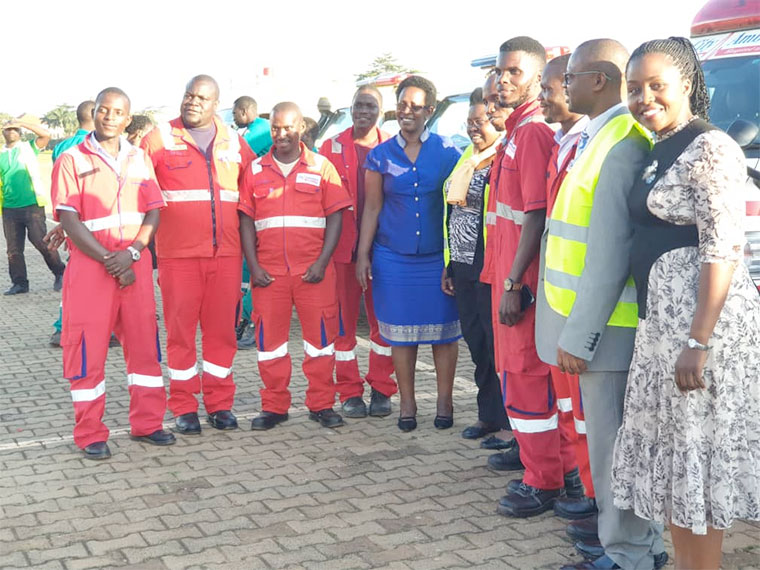 Ministry of Health permanent secretary, Dr Diana Atwine and undersecretary, Ronald Ssegawa have both recorded statements with the Criminal Investigations Department over the alleged unlawful expenditure of Shs 6 billion.

The duo was handed over to the CID by the public accounts committee chaired by its deputy chairperson, Okin PP Ojara. The committee is scrutinizing the auditor general’s report for the 2016/2017 and 2017/2018 financial years, which queried the mischarge and diversion of public resources.

According to Ojara, although parliament allocates funds according to work plans presented by the respective ministries detailing how it will be spent, Atwine and Ssegawa disbursed money ignoring the purpose for, which it was provided.

According to Ojara, as a committee they are also investigating the possibility that the money could have been swindled. The said money was meant for among other projects the rehabilitation and expansion of Kayunga hospital to include paediatric surgery unit at Shs 2.2 billion.

Other funds spent outside the budget include Shs 416 million on unsupported payables, Shs 172 million irregularly transferred to an Italian non-governmental organisation and payment of Shs 800 million for unexecuted works.

The committee also queried an unspent Shs 3.6 billion in the two financial years.

When it comes to dishonesty, I would rather deal with Gen Otafiire than the doctor Atwine of this country.

In other words, their soft-spokeness is a white veil to hide their dark side/wrongdoing. Wherever Mr. M7 deploys them, these guys and girls are green snakes in green grass.
Report to administrator
+2 #4 Lakwena 2019-11-08 15:36
E.g., who can compete with Hon Sam Kuteesa in soft-spokeness? Nobody: the guy could easily qualify for a Nobel Prize in soft-spokeness.

But so far only God and Satan know the kind of corruption the guy is getting away with. The last one was the Peter Ho Gate bribery scandal.
Report to administrator
0 #5 rubangakene 2019-11-09 17:15
How can she be posing with paramedics after recording statements with CID?

What message does it send to ordinary Ugandans who are suffering because of her alleged part in such a huge loss of money? She should not be near the "scene of crime or potential witnesses"
Report to administrator
0 #6 Jama 2019-11-10 13:45
If you dig deep in her profile,you will not miss to realize that she is somehow related to the first family.
Report to administrator