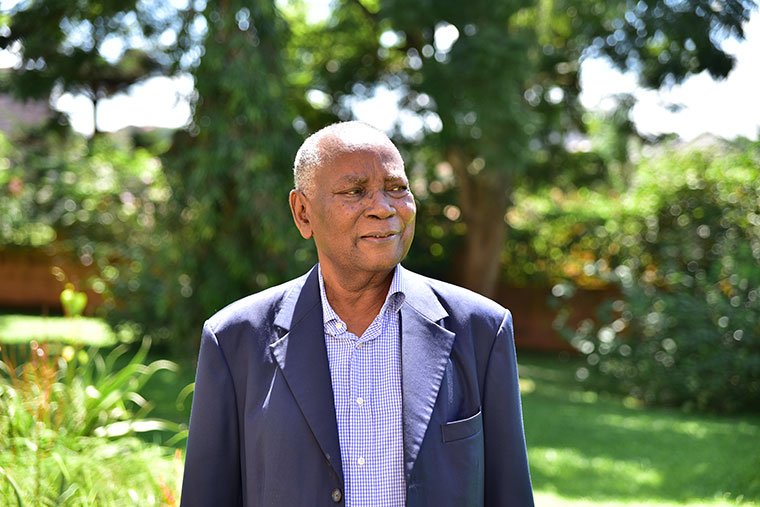 On October 14 at Norvik hospital in Kampala, the candle of retired Supreme court Justice John Wilson Nattubu Tsekooko burnt out.

In May 2018 when The Observer contacted him for an appointment, he was ecstatic that we had sought him out.

“Thank you for not forgetting me,” he said in his soft voice. Even after expressing interest in the interview, it took three weeks to materialise.

He kept on postponing the appointment because of ill health. “I didn’t sleep well last night, I have to see my doctor,” always came the response whenever we called to confirm whether the new appointment was still on.

Finally, when we visited his home in Ntinda, a leafy Kampala suburb, he was excited to see us. However, he declined to start the interview until he brought volumes of books, many of them containing his rulings. He wouldn’t want to make mistakes in his submission.

Actually, days after the interview, he sent us an email with clarifications and rejoinders to his answers.

And when the story was published [See: Tsekooko disturbed by bribe-taking judges (June 4, 2018)], he was so excited. He invited us to visit again. Unfortunately, the second meeting never materialised because he was always in and out of hospital.

Voices from the court

One thing that the legal fraternity have in agreement about Tsekooko is that he was simply above the ordinary. His bench, legal practitioners say, that had justices; George Wilson Kanyeihamba, Arthur Oder, Joseph Mulenga, Benjamin Odoki, Alfred Karokora and, later, Bart Katureebe was the best the country has ever had.

“He upheld the judicial oath by serving justice without fear or favour, a credential which is scarce nowadays,” Fred Muwema, the managing partner of Muwema and Company advocates and solicitors says.

Peter Walubiri, who appeared before Tsekooko on behalf of Dr Kizza Besigye during his 2006 presidential election petition, says the fallen justice belongs to the judiciary’s crème de la crème. The painful thing about Tsekooko’s death, Walubiri says, are people who have replaced him at the Supreme court and those in the pipeline.

“When you really look at what we have today and those who are coming in, then you understand why we shall forever miss Tsekooko, who really knew the law. Some of those who we have now don’t even know how to write judgements. Even when you help them with good authorities, they disregard them,” Walubiri says.

When this question was put to Tsekooko in the aforementioned Observer interview, he didn’t go full throttle on the judges but, privately, he groaned.

“According to the Constitution, judges are supposed to behave properly; you have to act according to the dictates of the law…Many of those on the bench have not worked with me before; maybe they appeared before me as advocates. So, I can’t judge them. But rumours have it that some judges who are appointed these days have to do things according to the wishes of the appointing authority and this has been seen through decisions, especially those that affect the interest of the appointing authority,” Tsekooko said.

Joseph Matsiko, the managing partner of Kampala Associated Advocates (KAA), admits Tsekooko was meticulous. In 200l and 2006, Mastiko was the director civil litigation and defended the election of President Museveni against Dr Besigye.

Thus, he wasn’t in agreement with Tsekooko’s minority judgment that the election was a fraud. Despite not agreeing with him, Mastiko says that once he read the judgement, he appreciated where the judge was coming from even when he disagreed with him.

“He had an illustrious career and his judgements were well reasoned. He had very good knowledge of legal procedure. He will forever be missed by the legal fraternity,” Matsiko said.

To Elison Karuhanga, a partner at KAA, what will forever define Tsekooko was his UPC roots and how he rose to the highest court in the country under a different regime.  Karuhanga alludes to the 1980 case in which Museveni hired one of the finest legal brains at the time, Jonathan Kateera and sued Milton Obote for defamation. During the much-disputed 1980 election, Obote had insinuated that Museveni was not a Ugandan to qualify for election. Not pleased, Museveni dragged Obote to court.

Obote hired Tsekooko to defend him but the case actually never took off following Obote’s contested victory and Museveni rushing to the Luweero bushes to start a guerrilla war that eventually catapulted him to power.  What fascinates Karuhanga the most is that when Museveni later took power, Tsekooko didn’t flee the country as the norm was those days.

“He remained in the country despite his political opponent taking over as president. Then he became one of the best judges this country has ever had. He was cool as a cucumber and at the same time hard as a nail,” Karuhanga, who has been both on the winning and losing ends of Tsekooko’s judgements, said.

Of course, his UPC leanings are one thing that Museveni wasn’t about to forget. By 2017, Tsekooko had already retired but was present during that year’s judges’ conference in which President Museveni cheekily said that the judiciary was still full of UPC cadres. This prompted laughter from everybody, including Tsekooko.

In 2018 when The Observer asked Tsekooko to assess the judiciary, he said: “twenty years ago, Uganda’s judicial system was the best in common law in Africa.”

He knew that way before when he was still a student and a state attorney in the early 1970s. “In the beginning of the 1990s, I was appointed judge. I worked in the High court for years but from the time I started serving in the court, I had never heard anyone complain about my judgements. Apart from some lawyers and registrars who tried to bribe me but I refused; to them it was a disappointment,” Tsekooko added.

When we asked how it felt deciding to overturn Museveni’s victory twice in 2001 and 2006, Tsekooko said every judge has to reason when you are giving a judgement. “You have to understand the facts and then come up with a reasonable judgement.

He also hinted that he would rule to annul another election if presented with similar facts of 2001 and 2006. “But if you find a fellow who just uses whims other than reason to arrive at a judgement; who imagines that he/she must please the powers that be to arrive at a judgment, then that is not a judgement,” Tsekooko said.

Asked about claims that decisions in 2001 and 2006 to uphold those elections were influenced by President Museveni speaking to some justices who had also voted together with Tsekooko and Arthur Oder in 2001 and later joined by Kayeihamba in 2006, he neither confirmed nor denied.

“I heard of whispers in that direction but some of us were known to be too independent to be influenced, not even by threats. When one is appointed a judge, he/she takes oath and is supposed to live by that oath to uphold the truth. It is those judges who just want to get money and benefits who can make decisions according to the whims of the time or fear, but for me, when I was judge, I would make decisions regardless of the consequences,” Tsekooko said.

Tsekooko was a state attorney in the DPP’s department from December 1968 to December 1974 when he resigned and went in private practice. In 1977 he went in to exile up to 1979 after the fall of the government of President Idi Amin.

On January 23 1990, he was appointed a judge of the high court rising through to the Supreme Court in 1999 where he served until his retirement in 2013. He was appointed on a contractual basis and permanently retired in 2017 although he continued to do some consultancy work for the judiciary.

Today, there will be prayers and vigil at his home in Ntinda and on Thursday, a requiem mass at St Luke, Ntinda before the hearse leaves for his home village in Mbale. He will be laid to rest at his ancestral home in Bunakhaima village, Butiru sub-county, Manafwa district.

0 #1 WADADA roger 2019-10-16 17:53
I agree entirely with the writer, Tsekoko was a moving encyclopedia, sadly he has died with his knowledge and could not remain relevant to the judiciary because of what the powers in this country think of him
Report to administrator