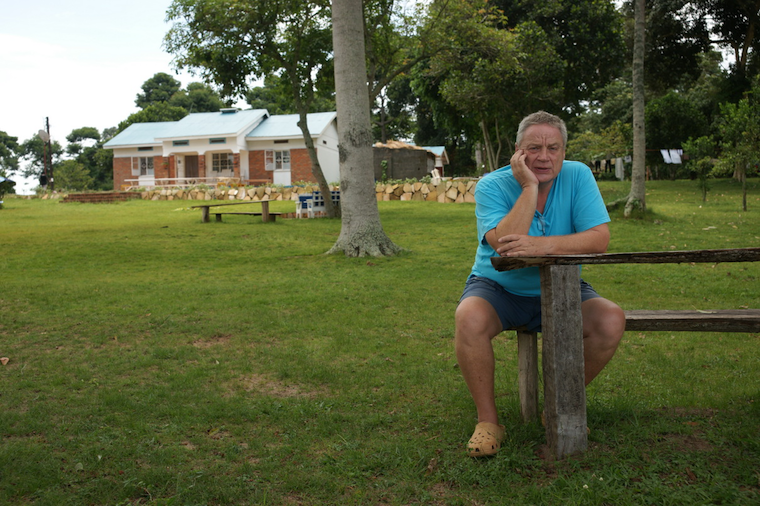 Hearing of a case in which a German national Bernhard Glaser is accused of abusing minors under his care has stalled due to the absence of a Flemish language interpreter.

Glaser, the director of Ssese Humanitarian Services, a German/Belgian humanitarian initiative providing rehabilitation services and psychosocial care to victims of sexual offences, was arrested after two children under his care accused him of sexual abuse. The minors aged between 12 and 14, said that Glaser had repeatedly defiled them since 2007.

An interpreter in his case was sought after Glaser told the Masaka High court that he could not comprehend the English language, and as such needed an interpreter in Flemish, a language that he was well conversant with before he can take a plea.

Flemish is one of the two principal ethnic groups in Belgium. The language is most closely related to Dutch and generally regarded as the Belgian variant of Dutch, spoken by at least 60 per cent of the Belgian population.

Court heard this morning that the available interpreter declined to take part in the case citing intimidation and caution from his family. According to Masaka resident judge Dr Winfred Nabisinde, the interpreter allegedly feared that his Flemish community could interpret his presence in court as betrayal for a fellow national.

Nabisinde, however, says that the Masaka High court registrar has travelled to Kampala to ensure that the court can secure another interpreter for the case to proceed.

Meanwhile, defence lawyer Caleb Alaka asked the court to allow Glaser, to access proper medical services in the meantime, while they wait for the court to secure another interpreter. The request was granted and the case adjourned to October 24, when the court is expected to have secured a Flemish language interpreter.

Glazer was first arrested in November 2013 on the same charges and stayed in detention for more than two months. In 2015, justice John Eudes Keitirima dismissed all cases against Bernhard Glaser due to lack of evidence.

0 #1 Concerned Ugandan 2019-10-16 09:24
These are obviously diversionary tactics designed to delay or altogether frustrate the trial!

The fact that this man has been living and working in Uganda is ample evidence that he has a working knowledge of English!

Flemish is not even a major language in the country where this lumpen hails from! If he cannot speak English then how has he been communicating while living in Uganda??

Is he suggesting that the Ugandans he was dealing with somehow understood his flemish! The court should not be easily taken in by such nonsense!
Report to administrator
0 #2 namukose sandra 2019-10-21 00:07
So if a deaf and dumb man committed a serious offence like rape, murder etc he could theoretically walk scot-free due to being unable to plead guilty/not guilty or follow the court proceedings of his trial... . interesting and why not assume he has pleaded not guilty and proceed with the case in the same way state's assume to speak for voiceless murder victims but instead the state assume also & given a voice to a voiceless perpetrator
Report to administrator
0 #3 namukose sandra 2019-10-21 00:24
For such allegedly speechless accussed the legal system should create and avail an a state funded lawyer to officially be the "devil's-advocate" and give a voice /hearing to the accussed who allegedly are unable to talk,speak or understand court proceedings in addition to the usual state defence attorney for the accussed that can't privately hire one
Report to administrator