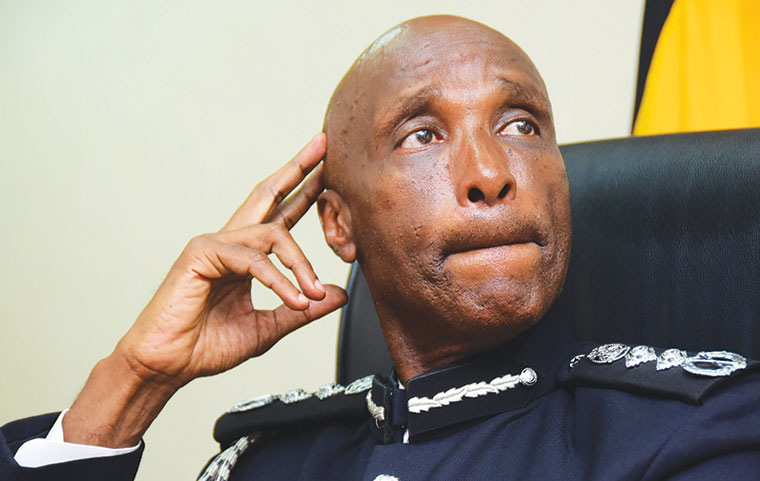 With the US investigation expanding, each day adds a new layer of detail to the depth and breadth of former Inspector General of Police General (IGP) Kale Kayihura’s troubles with the US. Department of the Treasury’s Office of Foreign Assets Control (OFAC).

The Observer has learnt from an insider source that OFAC began investigating Kayihura’s human rights record last year based on cogent or persuasive evidence.

“The USA would never take such serious action (such as imposing sanctions) without watertight evidence,” an expert close to this matter, who declined to be named because he has no clearance to speak publicly, said.

“His denials are, therefore, intended to fool the public but actually Kayihura knows the truth,” he added.

Post the US travel sanctions, Kayihura issued a statement on September 14, characterizing the sanctions as “actions based on concoction and lies.”

“The USA conducted a thorough investigation and discovered lots of assets abroad in the names of his proxies including his wife and son,” the source added.

In the OFAC’s records, Kayihura carries several names. He is named as Kayihura, Kale (aka Muhwezi, Edward Kalekezi Kayihura). Date of birth is listed as December 26, 1955. Nationality, Uganda, Gender, male and, passport number is DA 024329.

What is even more troubling is that should Kayihura choose to travel to any country, which has an extradition treaty with the USA, he could be arrested in that country and extradited and tried in the USA for torture and other human rights abuses.

Already, Internal Affairs minister General Jeje Odongo has signalled the Uganda government’s willingness to cooperate with the US investigation. Uganda is a party to the United Nations Convention against Torture and Other Cruel, Inhuman or Degrading Treatment or Punishment.

The international law was ratified and later domesticated into The Prevention and Prohibition of Torture Act. The Constitution too prohibits torture. The state is obliged under these laws, among other things, to try the accused but if that option is impractical, the accused can be extradited and tried elsewhere.

The source of Kayihura’s contested wealth is said to be the huge police budget he superintended over the years. Kayihura was head of the police force from March 2005 to March 2018 when he was sacked by President Museveni.

Kayihura was in charge of an annual budget of Shs 600 billion and some of it went unaccounted for – spent on the recruitment of political oppression agents such as crime preventers, Kiboko squad, and Boda Boda 2010.

On September 13, OFAC imposed sanctions on Kayihura for alleged serious human rights abuses and corruption. These sanctions mean that all property and interests in property of Kayihura and of any entities that are owned directly or indirectly, 50% or more by him alone or with other designated persons that are in the USA or in possession or control of US persons are blocked and must be reported to OFAC.

The sanctions were imposed under what has come be known as the Magnistsky Act, which was signed into law by former President Barack Obama in December 2012. The law was named after Russian lawyer and tax auditor, Sergei Magnitsky who in 2008 was hired and discovered an intricate web of tax fraud and corruption involving 23 companies linked to persons close to government.

As a consequence, Magnitsky was arrested, tortured in a Russian jail and eventually died. As retaliation against human rights abuse suffered by Magnitsky, the USA passed the law and froze any assets owned by the suspected Russian officials and allies held by US banks and banned future use by the US bank system.

Since then it is no longer business as usual for peace spoilers all over the world. This same law has been used against Saudi Arabia’s intelligence advisors who are suspected to have tortured and killed journalist Jamal Khashoggi in Turkey and, former president of Gambia Yahya Jammeh, among others.

Kayihura’s troubles with US authorities started way back in 2013 with very subtle incidents that were quickly brushed aside by local police officials. In December 2013, the USA quietly blacklisted some senior officers accused of having had a firm hand in the quelling of the opposition-led ‘walk-to-work’ riots.

The major US concern then was the policing of the opposition-led ‘walk-to-work’ protests in 2011 and the subsequent arrests of key opposition figures. But police authorities were kept in the dark until later, when several officers nominated to attend a US-sponsored training course in Botswana were rejected.

The officers who included Grace Turyagumanawe, Laban Muhabwe and Joel Anguma, were blacklisted largely for their role in the often violent breakup of the opposition-led protests in 2011. The Observer can exclusively reveal that the blacklisted officers didn’t travel to the United States of America or attended any US-sponsored training programme owing to what embassy officials called their “bad human rights record.”

On realising that some officers had been rejected, the police tried and failed to get an explanation from the US embassy in Kampala.

“It is true there are some officers who had been listed for a course but were dropped but no explanation has been given…,” Kampala Metropolitan police commander Andrew Felix Kaweesi then told The Observer in an interview.

“We [police management] have tried asking them [US embassy] to avail us with the list of the blacklisted officers but they declined because their diplomatic policy does not allow it,” he said.

However, an embassy official, who declined then to be named, confirmed that indeed some Ugandan police officers were on the US blacklist. The official, however, added that there was no reason for the police management to panic.

“Why should they panic [over the list]? Don’t they know their bad record in human rights violations?” the official said, tongue in cheek.

The 2011 ‘walk-to-work’ protests led by the now-banned political pressure group, Activists for Change (A4C), were the reason the US embassy singled out some police chiefs.

Some of the confirmed names on the US blacklist, according to Kaweesi, included Joel Anguma, the former commandant of the Rapid Response Unit (RRU) in Kireka, and Laban Muhabwe, who allegedly assaulted two WBS TV journalists at Namboole stadium in August 2008.

In March 2011, US-based Human Rights Watch released a report implicating RRU in acts of torture, extortion, and extrajudicial killings and called for an independent investigation into the unit’s conduct and activities.

The unit was instead renamed Special Investigations Unit (SIU) and had its command changed.

“Anguma and Muhabwe were the ones on the list for the course at the US academy in Botswana but they were dropped for reasons that we have not known yet,” Kaweesi said.

12
+7 #11 Lysol 2019-09-18 20:27
The Treasury Department works with the Department of Justice and other organizations to freeze/ asserts of any corrupt individuals/dictators

They are not fools they always investigate thoroughly and wait at the right moment. They always know what they are doing, There are many to follow.

The angry small man Gestapo KK was trained in the US. .Next will talk about the(the first's son) so-called notorious special forces which always disguise itself as police officers to beat up the oppositions. One day they will be disbanded.
Report to administrator
+6 #12 kirya 2019-09-18 21:54
Time to look at m7 and his family of thugs assets whenever they are.. Look at all Ugandans connected to m7 government and freeze all their assets.

Maybe those measures will force a change .
Report to administrator
+2 #13 rubangakene 2019-09-19 19:04
What the USA has done might not seem plausible but they know that Ugandans being Ugandans will now want to share in the loot because they know the man will not dare take them to court.

Justice sometimes work in a mysterious way; remember the old days when yo watched "cowboy films"/spaghetti westerns, there were dedicated individuals acting on their own to hunt down perpetrators for a sum of a bag of gold.
Report to administrator
+1 #14 Mubiru 2019-09-20 16:44
Lie Detector is a machine used in advanced countries, to prove whether a suspect is telling the truth or falsehood. In a clip doing rounds on the internet in a desperate attempt to embellish his "reputation" Kayihura in Luganda with a very strong Western accent refers to his property as "a farm". (Faamu).

Having realized that he made a blunder he immediately "corrects" it and calls the "farm" -faamu- (kafaamu)-translated as "a very small-sized farm, with the clear intention of duping the public.

Those who have seen his (kafaamu) insist that it is a very huge massive farm with thousands of goats etc and that any reasonable person calling it kafaamu is a blessed peddler of unprecedented falsehood.

The clip is a lie detector inadvertently used by the suspect himself and that small piece lasting just a few seconds on the net simply exposes him as unreliable witness not to be trusted.
Report to administrator
+2 #15 Alan 2019-09-23 04:18
i like the way KK thinks denial will help hom. The USA has dealt with more complicated and powerful nations and shut down Kleptocrats.

KK and M7 are just village chiefs in their eyes. I would advise NRM people not to celebrate KK demise because as someone living in USA these guys don't just go after one person.

They will use a dragnet and pursue this issue for years and prosecute anyone who is remotely connected. If it was not M7 who threw KK under the bus he better watch out because this could be the beginning of USA government sanctioning everyone in his junta
Report to administrator
12