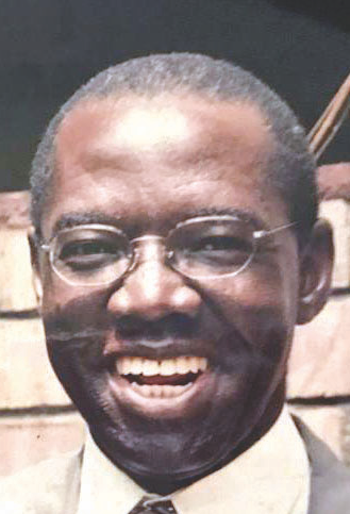 Mohan Musisi Kiwanuka is a renowned rich man who has built up enormous holdings in real estate, trade, radio and manufacturing but his failing mental health has ripped away the solid wall of normalcy in his family and business empire.

Now, Kiwanuka is in a fight for his mental sanity and the family in a fight for its very survival. Over the years, the lawyer-cum-businessman has won admiration for the way he built a solid empire that includes; Oscar Industries, Radio One and Radio Two (Kaboozi) as well as a string of real estate properties in the upscale suburbs of Kololo, Naguru, Nakasero, Nakawa and Kiwatule, among others.

What makes Kiwanuka stand out is the finesse and humility with which he carries himself. Of recent, he has withdrawn from the public eye as contentious speculation continues to grow that his mental health has slipped to the extent that he is now unable to run his businesses.

In court pleadings before the Civil division of the High court, the question of his health has set off a divisive family fight over the management of his estate worth hundreds of billions of shillings, writes DERRICK KIYONGA.

At the centre of the bruising legal battle is Kiwanuka’s two families. On the one side is the first wife Beatrice Kavuma Kiwanuka led by Jordan Ssebuliba Kiwanuka, his son, and on the other is the second wife Maria Nabasirye Kiwanuka, represented by Sabri Kiwanuka Kyamukungubya, her son.

Maria Nabasirye Kiwanuka is a former Finance minister. The allegations and counter-allegations are as shocking as they are disturbing. The Observer has obtained court pleadings that show that Kiwanuka has eight children, five of whom were sired with Beatrice Kiwanuka, and another three with Maria Kiwanuka.

Recently, Ssebuliba filed a suit [Miscellaneous Cause Number 249 of 2019] seeking a medical examination of his father on grounds that the latter is showing signs he may not be of sound mind.

He relies on his father’s medical records of 2017, done by a UK-based neurology specialist in the presence Maria, which showed that he has major lapses in his memory and cognition and that the same had caused changes in his personality. A copy of the said medical report is attached in court.

Ssebuliba wants court to pronounce itself on the matter and that should his father be found to be of unsound mind, the family would have to appoint a manager or temporary conservator for his father. This, however, has sparked a bitter row that is threatening to tear up the family.

Kiwanuka continues to keep a low public profile but some media reports claim he now suffers from the ravages of Alzheimer’s and therefore is unable to manage his personal or financial affairs.

In the suit, Ssebuliba says he took the decision after observing the goings-on in the family estate. He claims that his stepmother, Maria Kiwanuka, recently breached her fiduciary duties by taking advantage of his father’s deteriorating condition to seize control of the assets.

This is hinged on Maria Kiwanuka’s recent registration as a director in all Mohan Kiwanuka’s six holding companies that manage more than 46 properties as well as 33 subsidiaries. However, an affidavit by Kyamukungubya disputes his brother’s characterization in a court filing.

Through Fides Legal Advocates, Kyamukungubya contends that his father is of sound mind and that Ssebuliba is greedy and dishonest.

“No special procedures have ever been taken to determine his [Mohan’s] mental capacity to run his businesses and I know this is another of the applicant’s [Ssebuliba] schemes to grab property…,” reads part of the affidavit.

Tellingly, Sebuliba’s extraordinary campaign to revoke his stepmother’s authority over his father’s estate opens a window into Mohan Kiwanuka’s well-being and treatment, which The Observer understands have become the subject of long-running speculation among his close family, friends and associates.

Court documents further show that at the time of Mohan’s diagnosis, he was in the process of fully acquiring a marble mine and factory in Matheniko, Moroto district. Since then, the situation has spiralled out of control to the extent that he has accrued debts that currently stand at a staggering Shs 10 billion.

How did one of the wealthiest men in Uganda end up in a legal and financial quagmire over his mental state?

The family fight also raises more queries about the legal and financial challenges of someone with dementia or Alzheimer’s, a disease with no known cure or medication able to stem its progression.

Mohan married Maria Kiwanuka in 1986, according to court filings. In May 2019, Maria applied to the Uganda Registration and Services Bureau (URSB) and got authority to exercise control over Mohan’s different companies as director. As proof, Mohan signed documents endorsing her.

In the suit, however, Ssebuliba raises doubt about the state of mind in which Mohan signed the said documents because in spite of being with Maria for more than 30 years, he had never made her a shareholder or director in any of the companies, including Radio One and Radio Two where Maria is the general manager.

Further questioning Maria’s legal authority, Ssebuliba claims his father could have made the decision when he “was suffering from Alzheimer’s.” He calls the circumstances of those appointments “questionable.”

Ssebuliba contends that early this year, he was removed as company secretary in six of his father’s companies, some of which appointments he had held since 2005. However, he claims he was not informed why he was removed.

Court documents further reveal that in the days that followed Maria’s new designation, Mohan allegedly wrote to Ssebuliba and his mother, Beatrice, asking them to vacate the respective properties because he wanted to sell them since they were dormant or non-income-generating assets to clear the Shs 10bn debt.

Ssebuliba further alleges that matters reached ahead on the morning of September 2, when about 40 to 50 unknown men transported in three mini-buses forced themselves into his office on Plot 10 Akii-Bua road in Nakasero and vandalised it. The property is part of the Mohan Kiwanuka estate and Ssebuliba recorded a police statement implying that he suspects this action was a result of the civil suit.

On September 3, he also obtained an interim court order restraining anyone from interfering with the status quo of the entire estate. The Observer’s efforts to reach out to Ssebuliba or Maria Kiwanuka for a comment were futile as both did not pick their known numbers.

The legal battle is still unfolding and, for now, it remains to be seen whether Mohan will be subjected to a mental check to ascertain his wellbeing.

Oh no , I did not break my "rule.
Unlile you , Rogers Wadada and Kabayekka , I did make any coclusions either way . I have already explained that in comment #27.

Evidently , you still hold the baised view that Mohan must be held in contempt because he denied a child

No contempt for a son who sues his "mentally sick" father ?

You must be greater than Solomont !
Report to administrator
0 #32 Wooden K. 2019-09-14 23:24
And that admonition about how a man must treat his son only comfirms that you do not know the history of the family you khink you know

Luckily , there are many people who know the whole story and the kind of relationship Jordan and Mohan have had for many years.

I am one of those.

1. Unauthorized release of private medical records is a felon...in the U.S....this carries a fine and jail time.
There is a likelihood there was falsification of medical records as well...

2. Jordan, a lawyer, would automatically have his law license suspended/revoked.

3. Jordan's attorney(s)/Law firm are complicit in this felon.

# 1. Unauthorized release of medical records is a felon...in the U.S., this carries a fine and jail time. Uganda must have similar laws....
It seems there may have been falsification and misrepresentation of those records as well...

# 2. Jordan, a lawyer, would automatically have his Law license revoked...in Uganda and the U.K. ( if he is registered there as well).

3. Jordan's attorney(s)/Law firm are also complicit in this felon...and subject to prosecution ....this would be initiated by the Attorney General's Office and the State Bar Association.

4. If indeed his concern was his "adoptive" father's health, what has he done to care for his "ill health" instead of focusing on his wealth?
Report to administrator
1234