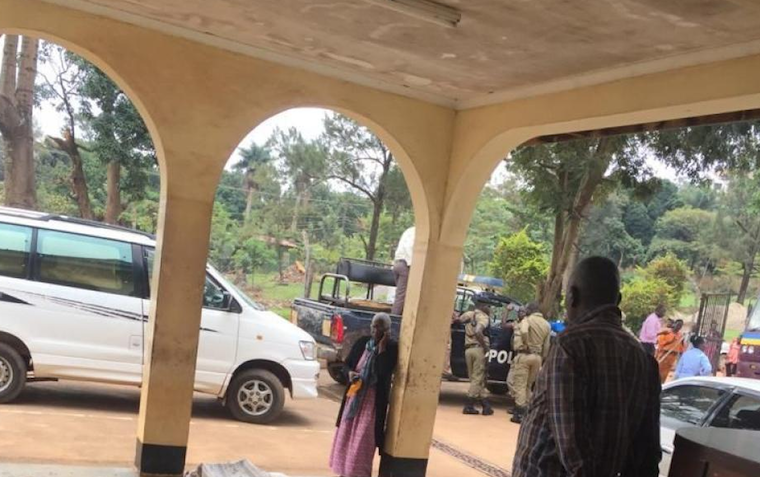 A 60-year-old man collapsed and died in Makindye Magistrate's court this afternoon. Ephraim Kizito, a resident of Nabutiti-Kabalagala in the outskirts of Kampala had reportedly accompanied his wife Rosemary Kizito to the court where she is facing charges of assault occasioning actual bodily harm.

The said charges attract a maximum sentence of five years upon conviction. According to the eyewitnesses who preferred anonymity, Kizito fell from a bench as the hearing of the case against his wife was going on in a court presided over by grade two magistrate John Robert Okipi.

He was pronounced dead upon examination moments later. His body was been taken to Mulago national hospital mortuary, where a postmortem is now awaited to confirm the cause of his death.

The hearing of the case involving the deceased’s wife was adjourned to September 23, 2019, for further hearing. Kizito recently stood surety for his wife before the same court.

It would be useful if you gave suggestions on what you think would be worth writing.
Report to administrator
+1 #3 Eusukoit 2019-09-10 06:13
Quoting WADADA roger:

Its good to rubbish what someone has brought forward but best if you could suggest what would be worth writing.
Report to administrator
+1 #4 Lakwena 2019-09-10 10:07
Quoting WADADA roger:

Unless you are reptile, then what is it Wadada?

Otherwise, this is a tragic news. It is pity the guy must have lived with, and tolerated a violent wife, who broke his heart and whom he still had to stand surety only to die in court in the process.
Report to administrator
+1 #5 zzunguluzungulu 2019-09-10 11:08
Quoting WADADA roger:

A life has been lost under very unexpected environments, the person was a Ugandan, his wife accused of GBV.

It should be every Ugandan's concern and interest circumstances under which fellow Ugandans loose their lives, it is also a concern the issue of GBV, the few that catch headlines are just a tip of the iceberg
Report to administrator