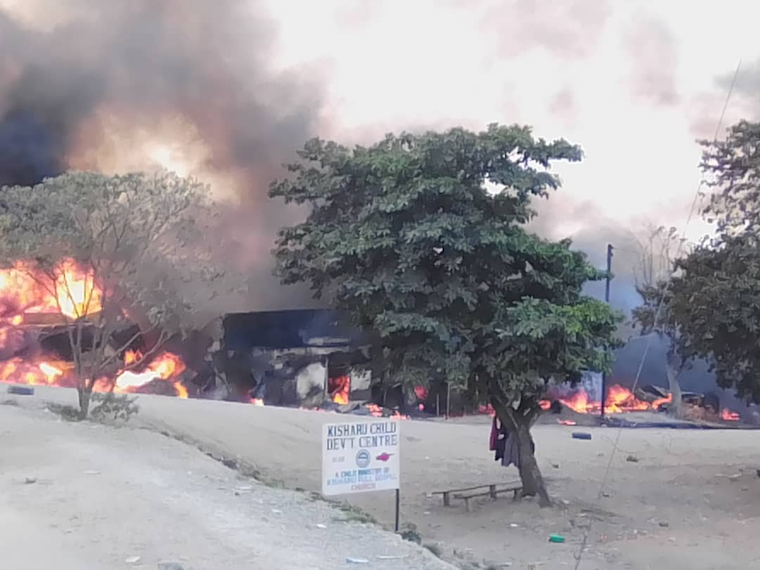 At least 18 bodies have been recovered from the fuel tanker accident scene in Rubirizi district.

A team of police and Uganda People’s Defense Forces (UPDF) is currently working towards clearing the accident scene. Police have temporarily suspended the search for bodies following a fresh blast of the overturned of the fuel tanker. Preliminary police investigations show that the fire that gutted the fuel tanker started from a charcoal stove lit by roadside vendors.

The fuel tanker burst in flames after it overturned at Kyambura trading centre on Sunday when it failed to negotiate a corner. More than 20 people were killed in the fire. The accident scene is a major stopover for travellers in need of roasted cassava, meat and gonja (plantain). The vendors use charcoal stoves to prepare quick meals by the roadside.

Martial Tumusiime, the Greater Bushenyi regional police spokesperson, says the search has been called off temporarily so as to allow them to first ensure that the fire is dealt with. He says police will resort to DNA to identify some of the deceased, saying only a few bodies have been identified. Tumusiime says the death toll is likely to shoot up when the search efforts resume.