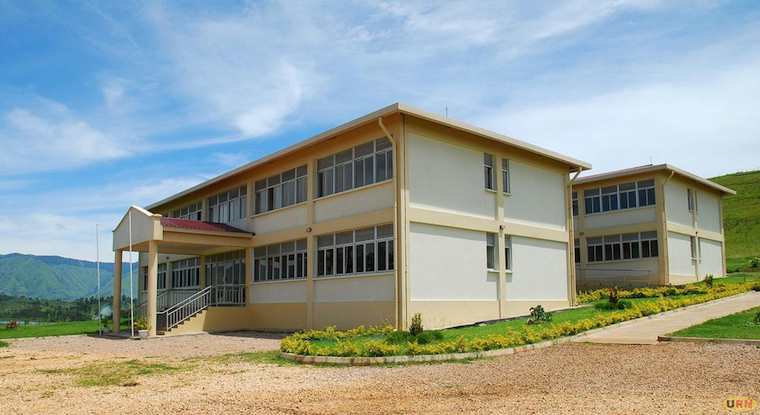 Mountains of the Moon University

Mountains of the Moon University in Fort Portal is on the spot for advertising and enrolling students for a midwifery course, that is not accredited by the National Council for Higher Education (NCHE).

This came to the limelight when up to 12 students who were enrolled for the Bachelor of Science in Midwifery course in the academic year 2016/2017 failed to access internship placements after completing their final exams at the university. They were reportedly told by the Uganda Nurses and Midwives Council (UNMC) that the course is not accredited.

UNMC is the statutory regulator of nursing and midwifery in Uganda. The Universities and Other Tertiary Institutions Act, 2001 states that every university and every tertiary institution shall ensure that new programmes of instruction are not commenced or new regulations effected without the prior consent of NCHE.

Annette Kabanyaka, one of the affected students faults the university administration for taking no steps to ensure that the course is accredited, long before the students were enrolled, and hoodwinked them with lecturers in order to get money out of them. The students have been paying Shs 1.4 million every semester for the three-year course.

Sauda Nabankema, another student says that they are now stranded because they cannot do anything without clearance from the Uganda Nurses and Midwives Council, which has already rejected them.

"If the university doesn't get us cleared by the Nurses and Midwives Council, we're going to sue the university for having duped us and wasted our time," Nabankema said.

The students explain that when they were rejected, they returned to the university administrators for help and they have since been told to wait for a solution. According to the head of programmes accreditation at NCHE, Dr Pius Achanga, the university has never been accredited to teach the Bachelor of Science in Midwifery course.

He adds that the university can only be allowed to offer the course after meeting minimum requirements which include teaching facilities and availability of qualified trainers, among others. Diana Kyaligonza, the spokesperson of Mountains of the Moon University says that the issue is already being handled by NCHE and UNMC. She, however, declined to divulge details about what could have delayed the accreditation.

Even though the affected students say that the institution had the facilities and lecturers to take them through the course, a search on the university’s website for the courses offered indicates that Bachelor of Science in Midwifery is not among them.

However, the search brings out an advert for the same course that the university ran in 2016, calling upon eligible students to apply. Mountains of the Moon University started on March 29, 2005, by eminent people from the Tooro region as a community university.

They include Prof Edward Rugumayo, Justice Seth Manyindo and former minister Tom Butime among others.  It was chartered in March last year, and currently, has a population of over 2,000 students.

0 #1 kabayekka 2019-08-16 18:31
One knows about the untrained midwifes who used to help our grandparents conceive even when the white man had not arrived in this country.

Midwifery is an important maternal employment that must be learnt on the job. These are young trainees the government of Uganda can accord opportunities in job placement in the many hospitals so that after one or two years, they can sit the required exams to become what they aspire to become.
Report to administrator
+1 #2 Lysol 2019-08-17 00:28
Like many things in the country are .fake People with academic credentials (like Phds) and fake regime also fake politicians just to mention a few.

The other day Museveni's convoy was passing through the area and he was mesmerized (and stopped) that he even wanted to buy a piece of land in Fort Portal.

Uganda has become a fake country like China. Not to mention fake news and other things.
Report to administrator