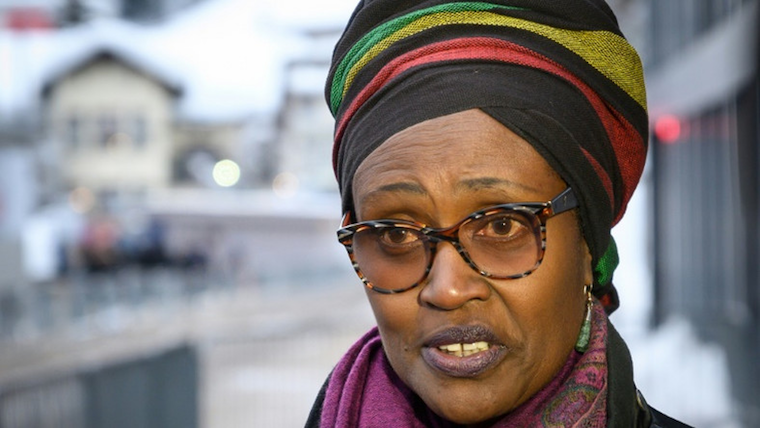 Winnie Byanyima is the new executive director of the joint United Nations Programme on HIV/AIDS (UNAIDS). This ends her seven-year term as head of Oxfam.

According to UNAIDS, Byanyima was appointed by the United Nations secretary-general, António Guterres following a comprehensive selection process that involved a search committee constituted by members of the UNAIDS programme coordinating board.

“I am honored to be joining UNAIDS as the executive director at such a critical time in the response to HIV,” Byanyima told UNAIDs shortly after her appointment.

Adding that “The end of AIDS as a public health threat by 2030 is a goal that is within the world’s reach. But I do not underestimate the scale of the challenge ahead. Working with all its partners, UNAIDS must continue to speak up for the people left behind and champion human rights as the only way to end the epidemic.”

At Oxfam, Byanyima led strong advocacy against inequality in the world, bringing to light how much wealth is owned by the top 1% compared to the majority of the world population. She strongly called on World leaders to act on this distortion.

Byanyima, 60, holds an advanced degree in mechanical engineering (in Energy Conservation and the Environment) from the Cranfield Institute of Technology and an undergraduate degree in Aeronautical Engineering from the University of Manchester.

She is married to Dr Kizza Besigye, Uganda’s main opposition leader and they have a son, Anselm Besigye.

Besigye's troopy wife is nothing but a user and an overachiever.

That has always been the reason why Besigye (asides from his look) could never be the president of Uganda.

The muzugu lover lady always tries to stay away from him and take bogus humanitarian jobs abroad, instead of practicing her aeronautic clerical job. Not to mention that androgynous/vegan son. at Harvard. Museveni's concubine????

But Lysol, don't you think you have crossed the black line? Just asking.

Who drew the black line. The Observer cannot post any of my comments if I cross any of your imaginary (black/red) lines, so shut up
Report to administrator
0 #12 Lakwena 2019-08-20 08:10
Quoting Lysol:

...
But Lysol, don't you think you have crossed the black line? Just asking.

Who drew the black line. The Observer cannot post any of my comments if I cross any of your imaginary (black/red) lines, so shut up

But Lysol, you sound angry at my caution. The black, red, green and white line is in the level of conscience.

Sometimes even in the worse situation one has to sometime save face. E.g., what has the son got to do with his mother having been a concubine?
Report to administrator
0 #13 Lakwena 2019-08-20 08:23
Winnie Byanyima didn't proclaim anywhere that she is Angel. But I suppose she realized she goofed This especially when her father, Muzee Byanyima was totally opposed to her mooching around with Mr. M7.

I also suppose she regretted participating in the NRA debacle. E.g. she even committed an international crime of hijacking a domestic Uganda Airline flight, from Entebbe to Kasese.

In other words, just like Dr. Besigye regretted aiding, abetting the diabolic NRA rebellion and especially saving Mr. M7 and his step brother, Salim Saleh's butts; am sure she must be feeling like sh**t.
Report to administrator
12