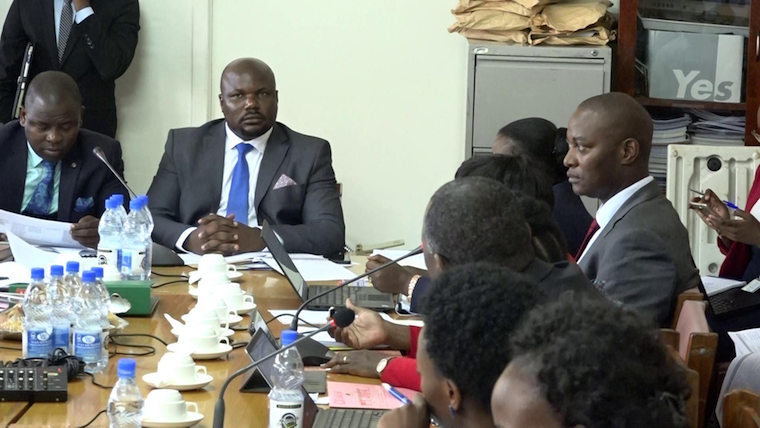 However, her surprise U-turn to give a green light to COSASE to re-open a new probe into the central bank’s closure of commercial banks has raised several questions and may have far-reaching implications, writes SADAB KITATTA KAAYA.

Kadaga wrote to the committee on July 26, almost six months after the Abdul Katuntu-led committee wrapped up a similar investigation and submitted its report to parliament.

In her letter to Munyagwa, Kadaga makes reference to a petition from Chris Tushabe Karobwa, who accuses Bank of Uganda (BOU) of mismanaging the receivership of Cooperative bank.

“He [Tushabe] also alleges that the committee under Katuntu had partially handled his case but did not complete it, to his detriment,” Kadaga wrote.

Her change of heart comes after she initially described a new BOU probe as misguided and a waste of time since parliament had already adopted a report authored by the former committee leadership.

Kawempe South MP Munyagwa, deputized by Makindye East MP Ibrahim Kasozi, took over leadership of the committee in February after parliament adopted the findings of the three-month-long long Katuntu committee investigation into the closure of seven commercial banks between 1993 and 2018.

Munyagwa instituted a sub-committee chaired by Kasozi to re-investigate the closures, arguing that there were outstanding issues ignored by their predecessors.

At the time, Kadaga received petitions from Michael Businge of Nsambya, Sam Kakuru, a student of Uganda Christian University Mukono, and Zahid Sempala, a self-proclaimed spokesman of Uganda Poor Youth Movement, urging her to stop the new probe.

“This is to request you to prevail over the committee not to expend state resources on re-examination [of the BOU probe report] which is outside its mandate,” Businge wrote to Kadaga.

The petitioners also told Kadaga that the fresh probe was intended to help BOU officials implicated in the Katuntu report to clean their tainted images.

Based on the petitions, Kadaga on June 10 wrote to Munyagwa urging him not to reopen the BoU investigation since the auditor general, who is the source of the committee’s work, had not written any other report to parliament in respect to the closure of commercial banks, let alone the House approving a fresh investigation.

“Be further advised that once recommendations were adopted, it is incumbent upon the government to respond by way of a treasury memorandum, which has not yet been done. I am of the view that your action in trying to reopen a matter that was already considered and finalized is not founded in the constitution,” Kadaga wrote.

In his petition dated June 15, Tushabe referred Kadaga to his February 13 complaint to Katuntu over the manner in which COSASE had handled his case.

“Hon Katuntu passed over my case to Hon Munyagwa after hearing it partly. I did not anticipate that my case would even be stopped unceremoniously at that stage, especially when BoU officials had partly responded to my case,” Tushabe wrote.

He argued that Kadaga’s decision to stop a fresh investigation served interests of ‘mafias’ in government.

“Stopping Hon Munyagwa is simply covering up the corruption I have fought for more than 20 years; I need appreciation and support from anyone who hates corruption. Procrastination is half a sin, you hate,” Tushabe stated.

Tushabe further claimed to have lost more than Shs 3bn and another Shs 1.42bn worth of properties through BOU’s alleged illegal sale of his properties.

On the same day, Tushabe also wrote to the BOU governor Emmanuel Tumusiime-Mutebile demanding payment of his money in full. On June 24, Kiconco wrote to Kadaga urging COSASE to conclude the investigations.

Kiconco also notified Kadaga in the same letter that Aida Tegeki, a legal affairs officer at State House, had been assigned to follow up the matter.

Kadaga is expected to make a formal communication to parliament about the need to reopen the investigations before the committee can resume the hearings.

“The speaker has been having engagements outside the country but we expect her to inform parliament soon,” Kasozi told The Observer on August 12.

“The Speaker’s earlier ruling was against revisiting the findings of the old COSASE probe and her latest instructions are for a new investigation, a probe into new allegations concerning the central bank; it is not the same as the earlier investigation,” Obore said.

Obore said the committee is not getting any special budgetary allocations for the new investigation but will work within its budget.

“It is within the annual budget for the committee; they are going to be doing their routine work,” Obore said.

Among the recommendations from COSASE and parliament are that the positions of the chairperson and vice chairperson of the board of governors be separated from that of the CEO and deputy CEO of the central bank as a good practice of governance to avoid conflict of interest.

COSASE further recommended that the Bank of Uganda Act must be amended within 90 days since it is obsolete and not aligned with the Constitution. Furthermore, failure to amend the law within 90 days gives opportunity to private members to move a bill amending the law.

COSASE report called for central bank to rectify errors committed on Greenland bank’s statement of affairs for proper financial reporting and also take full responsibility of any probable loss for the bank.

It thus recommended that all officials of the central bank who failed to properly execute their duties in accordance with the law should be held responsible for their commissions and/or omissions.

It also recommended for the amendment of the Financial Institutions Act to provide a time limit within which liquidation of financial institutions in distress should be concluded.

Charity Mugumya, BOU’s director of communications, declined to comment since parliament hasn’t formally communicated to the central bank about the new developments.

0 #1 WADADA roger 2019-08-14 20:16
Kadaga was never pushed, right from the inception of the investigation, Kadaga was so interested in the probe but was let down by the expiry of katuntu's term of office and the pressure with which FDC wanted him out of office.

Deep at the back of her mind, she was aware that the Munyagwa led probe team would never do a good job but had to let it happen to give the public a feeling that Parliament did its part. Its all about the legacy she intends to leave behind.
Report to administrator
-1 #2 Lysol 2019-08-15 00:22
The poor ailing Voodoo queen is now being kicked around. Time is running out before she is dropped.
Report to administrator
0 #3 Lysol 2019-08-17 00:53
It seems Uganda elites drink a lot of water?

Or may be waragi in water bottles? That is so 90s hanging around with water bottles in a meeting.
Report to administrator