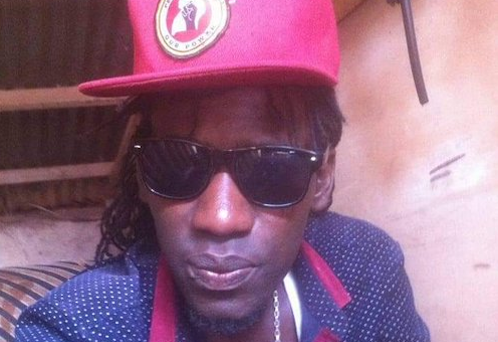 The kidnap, torture, and death of local musician and People Power activist Michael Kalinda aka Ziggy Wine will not break down Ugandan youths' resolve to bring about change in government, Kyadondo East MP Robert Kyagulanyi aka Bobi Wine has said.

Speaking at Ziggy’s vigil in Gganda in Nansana, Wakiso district on Monday night, a visibly angry Kyagulanyi said the murder of 28-year-old will only reinvigorate their resolve to bring to an end President Yoweri Museveni’s 33-year rule. Ziggy, according to family members, had hallmarks of torture burns and his two fingers chopped off and his left eye gouged out.

Kyagulanyi told mourners that, a time has come for Ugandans to do something at an individual level to bring an end to their suffering. Kyagulanyi said Ugandans have got to lose the fear for death because even keeping quiet and uninvolved will also lead to their death anyway perhaps even quicker.

He cited the death in February 2018 of Moses Ssekibogo aka Mowzey Radio, a staunch supporter of President Museveni. Kyagulanyi said, although Radio acknowledged the ills of the current government, he decided to stay on the fence and not say or do anything about it - hoping that the situation would get better with time.

Radio succumbed to injuries sustained in a bar brawl in Entebbe, and Kyagulanyi said, because the government has failed to build and stock hospitals with medicines for all Ugandans, Radio had to be rushed from Entebbe some 45km away so as to get proper medical attention. And even then, Kyagulanyi said, when he was rushed to Nsambya hospital, he did not get the much needed treated and was referred to Case clinic where he passed on despite Museveni contributing $8,300 (Shs 30m) towards his medical bills.

”Radio’s silence contributed to the continuation of the current system that has continued to torment Ugandans. Radio hoped things would sort out themselves but they did not. Things only got worse” he said.

Kyagulanyi said more than everybody else in the country, Ugandan musicians have the biggest platform that they can use to talk about the current injustice, abuse, human rights abuse, corruption.

He said in times of dictatorships, it is always musicians who stand up to rally people to bring an end to the people's suffering. Kyagulanyi said Ugandan musicians can choose between taking money from Museveni and stay as house slaves or help the plantation slaves (citizens) to bring an end to slavery.

”These acts of torture for me is actually a sign of fear. Once you lose your fear for them, they lose their control over you. For me, I lost my fear for them sometime back and they can’t touch me. What can they now say to me?” Kyagulanyi said.

Kyagulanyi said, unlike their parents who feared death and let Museveni’s rule carry on unchallenged, the current generation will fight on so their children do not suffer like they are suffering.

”Everyone is a candidate for death. Never let anyone use death to intimidate you from doing what you ought to do. Museveni and his men are not immortal. They also have 10 fingers like all of us. They too will die as well…Ziggy has gone early and even those who tortured him to death will also follow him. Don’t cry for Ziggy anymore, they have killed him, they have finished him. Think about yourself and your children and what you can do.” added Kyagulanyi.

Kyagulanyi said there is a tendency for Ugandans to think only politicians should face up to the regime, yet it is everyone’s duty to bring an end to the suffering.

”We’ll get our freedom back or die while trying to get that freedom back. We don’t fear death. Ziggy you have gone early but we shall come with them. Ziggy we shall never shame you. Ziggy we’ll continue your revolution. Ziggy help us in whatever way you can to help cause this revolution. Ziggy they killed you but did not kill your dream.”

Ziggy will be buried on Wednesday at his ancestral home in western Uganda in Bushenyi. Ziggy, a celebrated mobile phone technician leaves behind 4 children and two girlfriends (one of them pregnant).

...The kind of politics being championed by people power and their leader should be condemned by any right thinking and patriotic Ugandan. These kind of lies is what leads countries to war ...

But Budapest, from 1981; where were you when Mr. M7 championed the same politics? From 1981 till end of 2005, who took Ugandans on the bloody path of war (organized murder)?

Where were you when Mr. M7 was jumping over hundreds and thousands of Ugandans dead bodies and destroyed properties, in order to enter State House?

Before you take Nanga' Gospel as the whole truth nothing but the truth; did the police visit the scene of accident, take forensic evidence, e.g. picked Ziggy's two fingers and blood sample on the ground, and prove beyond reasonable doubt that the victim of the nasty accident was Ziggy, and not some old stuff scene of accident?
Report to administrator
0 #13 Lakwena 2019-08-07 08:35
In other words, like Ofwono Opondo Afande Nanga is a honest man, who is paid well to lie on behalf of a regime police.

So far it is only the Media (TV) news clip showing journalists and idle youths/public milling around, rumor mongering and contaminating the scene of accident.
Report to administrator
0 #14 WADADA roger 2019-08-07 10:07
I dont see anything wrong in Bobi exploiting the death of Ziggy to gain political capital, this is the trend in this country and i believe any politician would do just that.

Because of the incompetences in how Government operates, any death be it natural or artificial should be blamed on Government.

How can somebody get injured in an accident, he is taken to hope medical facility but later transfered and dumped at the gate of Mulago yet the people at the accident scene claimed to know Ziggy and also claim to have informed the fire base people, why didn't this information come out for two weeks yet the media was awash information that Ziggy had been kidnapped.
Report to administrator
-4 #15 Mama Mia 2019-08-07 13:01
Bobi Swine, you have your hands dripping with Ziggy Swine's blood.

You killed him thinking this will help you to tarnish Mzee's reputation and some sympathy from the western region but we are not stupid mate. You will pay dearly for this young man's blood. Illiterate fool!!!
Report to administrator
+1 #16 Odongkara 2019-08-07 21:02
Quoting Mama Mia:

Bobi Swine, you have your hands dripping with Ziggy Swine's blood.

You killed him thinking this will help you to tarnish Mzee's reputation and some sympathy from the western region but we are not stupid mate. You will pay dearly for this young man's blood. Illiterate fool!!!

Really if we all go venting our angers the way you do would Uganda not go up in flames in minutes?

You too is a fool and an idiot from the way you say things. The truth of the matter is that the foreigners have destroyed Uganda. Be careful and civil please.
Report to administrator
12