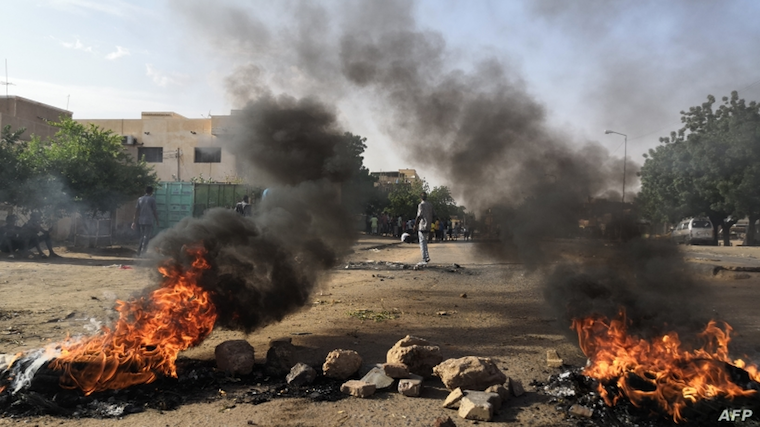 Sudanese security forces shot and killed five people on Monday after using live ammunition to put an end to protests, organizers said. According to the Sudanese Doctors Central Committee, snipers fired upon the student protest in Al-Obeid, leaving several wounded and five dead.

"Most of the wounded have been shot in the legs, head and stomach," Mustafa Mohammed, a doctor in Al-Obeid, told the Associated Press.

Among the dead, four were students.

"No child should be buried in their school uniform," said United Nations Children's Fund Representative in Sudan Abdullah Fadil in a press release.

"UNICEF calls on the government to investigate and hold all perpetrators of violence against children accountable," he continued.

Demonstrators were organizing to protest shortages of services in the region and what they see as an encroaching military presence. The killings come one day before talks are set to continue between protest leaders and the military leadership that currently holds power in the country.

Generals and protest leaders have already signed a power-sharing agreement that would serve to facilitate a transition to full civilian rule.

Protests broke out across the country in December, with many calling for then-President Omar al-Bashir to resign. Bashir was later overthrown by the military in April.

In June, violence came to a head with Sudanese security forces killing some 100 people in a crackdown on a protest camp in the country's capital of Khartoum. Under the recent agreement, a joint ruling committee would be in place for just over three years until elections take place.

The student killings sparked off fresh protests, with hundreds taking to the streets.

0 #1 Akot 2019-07-30 11:50
Ugandans have a lot to learn; a UNITED people for common cause need just 1 opposition leader. How do UNITED Sudanese/Agerians conclude when it's the same people they want OUT the ones preparing change of govenance?

How can Museveni be the one to bring change even through election he organises, controls?

Just tribal leaders standing down/forced to, then UNITY & coming out to block Museveni, will leave him no choice but to leave & his war dogs will either go with him or become our people's security bodies!

Libyans UNITED to ensure Kadhafi was out, but went tribally as they were ruled by the demon & will never get what they got rid of him for & will be at war for ever!