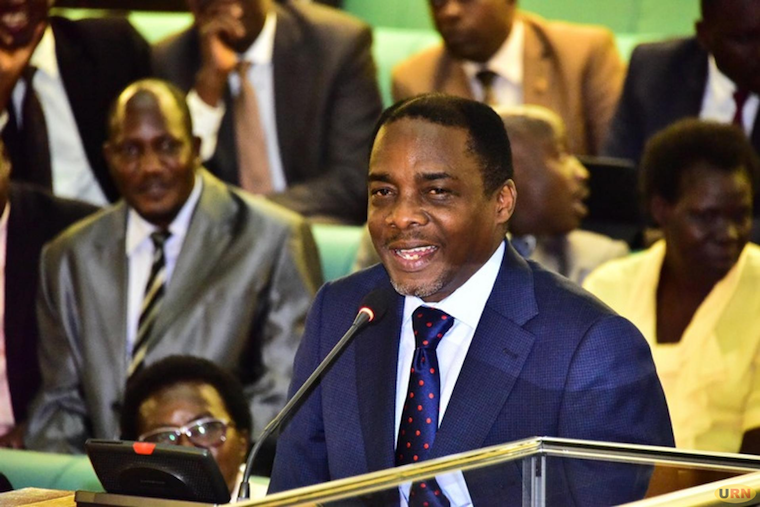 Opposition political, Forum for Democratic Change (FDC) has offered a number of alternative electoral forms as opposed to what government through the attorney general William Byaruhanga tabled in parliament last week.

Also, political parties are barred from having links with pressure groups and results shall be declared to only five people left at the tally centre as opposed to previously when the results were declared before interested parties. Candidates must also disclose the source of their funding 14 days upon nomination.

Now, FDC says the reforms were tabled in bad faith, targeting particular individuals most especially Kyadondo East MP Robert Kyagulanyi aka Bobi Wine. FDC says government's proposals are bastardized, unconstitutional and not reflective of a civilized society because reforms should be for the benefit of the country and not for particular individuals.

"As FDC, we said we need a new Electoral Commission which must be independent, impartial and whose commissioners and staff must follow open processes of application, public hearing and scrutiny and conducted by the Judicial Service Commission." said Kikonyogo.

Currently, Electoral Commission staff are recruited under the Public Service Commission while the chairperson is appointed by the president. FDC also wants the military eliminated from the electoral process and be left to conduct its constitutional duty of protecting Uganda’s borders.

As for police, FDC says they should provide security during the electoral process under the supervision of the Electoral Commission as opposed to the inspector general of police (IGP) as proposed by government. FDC also wants presiding officers to be recruited in a transparent manner based on merit.

FDC also proposes that the procurement of electoral materials including printing and distribution at all levels and stages should involve security and all key stakeholders particularly political parties, civil society, electoral observers and the media. Asked whether the involvement of political parties wouldn’t compromise the independence of the process, Kikonyogo said there is need for political parties to be involved in the process.

"That independent candidates should not form any alliances with a party. As you are aware, the chapter on human rights, this is also a unconstitutional. For a country like Uganda to bastardize the reforms and reduce them to independent candidates, associating with pressure groups, I think it sulks, it demeans us to a level we behave as if we’re not civilized." added Kikonyogo.

Other reforms include devising a mechanism to monitor and prevent raids of funds from the central bank, ministries and international assistance accounts in the period and during campaigns in order to protect the integrity of the campaign process.

FDC also wants the Public Order Management Act (POMA) repealed so as to ensure that the freedoms to organize and assemblies are respected and that an independent and credible judiciary be promoted to adjudicate electoral disputes.

The proposed Electoral Reforms Committee will work in liaison with Uganda Law Reform Commission in studying electoral laws, consult relevant stakeholders on proposed electoral reforms and others. The committee according to the Bill will also be responsible with recommending to the Justice minister concrete proposals for electoral reforms and synthesize various reforms proposed by political parties, election observers, monitors, civil society and others arising from court decisions.

Election monitors, politicians and civil society organisations (CSOs) have in the past complained about failure by government to implement reforms resulting from election petitions and court decisions.

Richard Ssewakiryanga, the executive director of the National Non-Governmental Organizations (NGO) Forum tasked government on the 2016 electoral reforms as recommended by the Supreme court judges led by chief justice Bart Katureebe while delivering their judgment in the Amama Mbabazi Vs Yoweri Kaguta Museveni and others presidential election petition.

These include extending the filing and determination period of presidential election petitions to 60 days to enable the concerned parties and court to adequately prepare and present their case, regulation of public officials in elections and punishment of media houses, which refuse to grant equal airtime to all presidential candidates and prohibition of donations during elections among others.

Ssewakiryanga also asked government to also include the electoral reforms proposed by other players like CSOs through the Citizens Compact that were generated following countrywide consultations ahead of the 2016 general elections.

Government in the Bill proposes that the Electoral Commission chairperson shall constitute the Electoral Reforms Committee within 6 months after the date of the last general elections and the committee make recommendations to the minister in 18 months after being constituted.

“The minister shall present the proposed electoral reforms to parliament, if any, at least two years before the next general elections. The minister may, in consultation with the commission, by statutory instrument, make regulations prescribing the terms and conditions of service of the Electoral Reform Committee,” reads part of the Bill.

It is proposed that the committee shall comprise of 4 persons representing the Electoral Commission, one of whom, the secretary to the commission shall be the chairperson of the committee.

Shadow attorney general Wilfred Niwagaba said that the proposal is not in good faith since it suggests a study and compilation of reforms after the general elections.

+2 #1 kabayekka 2019-07-30 14:44
Exactly what are electoral reforms that can come out of an African political party that has become famous in gerrymandering African democratic election processes now 33 years and still counting.

Soon there is going to be another announcement for the recruitment of more judges and magistrates in the ministry of the judiciary, to cope with the outcome of the election crimes of the next general election of 2021!

Why should some one or a political party that has a record of crime in the election process be allowed to participate yet again in this process?
Report to administrator
+4 #2 Lakwena 2019-07-30 15:24
Although the "English language is not my mother land", my quarrel with Ugandans is that: even after 34 years of Mr. M7's dictatorship, many still do not have a clue, about the man's lingua frank.

E.g., Mr. M7 keeps reminding them that he is "a freedom fighter". But duh, many have the problem understanding Mr. M7's simple English language.

It means, "Freedom" is every dictator's enemy. Freedom of expression/press; freedom of association, freedom of assembly; freedom of religion and/or conscience etc., are dictators worse enemies.

In other words, because Mr. M7 is a moral and political coward; he is afraid of freedom. Therefore, including using violence and by hook or crook, thru amending the constitution, he is "fighting freedom".

I repeat the man is not fighting for anybody's freedom. That is what dictatorship about.

Mr. M7/NRM said he brought "Fundamental change". It meant there will be no more change of guards.
Report to administrator
+2 #3 Lakwena 2019-07-30 15:35
When Mr. M7 shot his way to State House with his flowery rhetoric, many Ugandans didn't and still don't have the slightest theory and practice of how to deal with him.

E.g., Dr. Besigye, Hon Kategaya (RIP), Bidandi, Ssali, Gen Tinyefunza -Sejusa, Gen Tumukunde, Hon Dr. Maria Matembe; and of late Hon Mbabazi are now shocked at Mr. M7's propensities towards lying and wrongdoing alias evil.
Report to administrator
+1 #4 Lakwena 2019-07-30 15:40
Like e.g., Amama Mbabazi is probably so dumbfounded that he is lost for words. Even Gen Otafiire, although he is still working with Mr. M7 but the guy is numbed.

Hm should M7 collapse one day - all of them have to pack their bags fast and head to Luzira gates, Otherwise they will have to be frog jumped to Luzira.

If Nyanzi and others have been dragged there why not them. One day the boat will have to be balanced.
'Okalya dda kadda dda !
Report to administrator