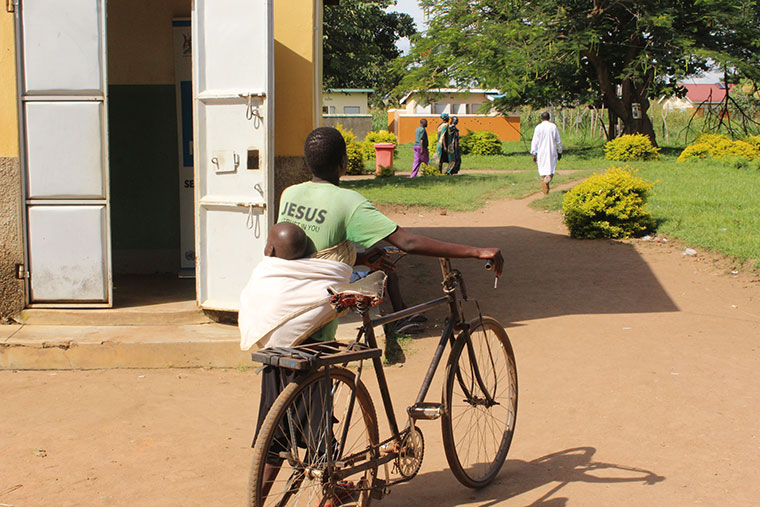 A teenage mother with her baby

In the last 10 years, Uganda’s teenage pregnancy rate has stagnated at 25 per cent and one in every four teenage girls aged between 15 and 19 years gets either pregnant or has already given birth, a cabinet minister has said.

“This is a serious concern to the extent that you find teenage girls are producing, their parents are also producing since they are also young and all of them need support. We have young grand parents between 25 and 30 years of age,” Grace Freedom Kwoching, the minister for Northern Uganda said during the recent commemoration of World Population Day 2019 at Paridi stadium in Adjumani district.

Adjumani’s district population stands at 231,000 and out of that, the refugee numbers are about 203,000, mainly from Sudan and DR Congo.

According to Prof. Fred Wabwire – Mangen, the chairperson of the National Population Council (NPC), this year’s theme; “Renewing the promise: Empowering the youth to drive Socio-Economic Transformation,” – was timely as the council reviews the progress made and challenges that persist 25 years after the 1994 Cairo International conference on population and development.

He said 25 years down the road, Uganda has made significant progress though it still struggles with a high teenage pregnancy rate, high school dropout rate, unemployment and lack access to reproductive health services.

Alain Sibenaler, UNFPA country representative, said in Uganda every day is a tragedy for the 14 mothers who die while giving birth, and a challenge for the 49 per percent of girls forced into child marriage when they are below 18 years old.

“The statistics are a real trauma for one in four teenage girls between the age of 15 and 19 who get pregnant or have already given birth, losing out on education and the dream to achieve their full potential,” he said.