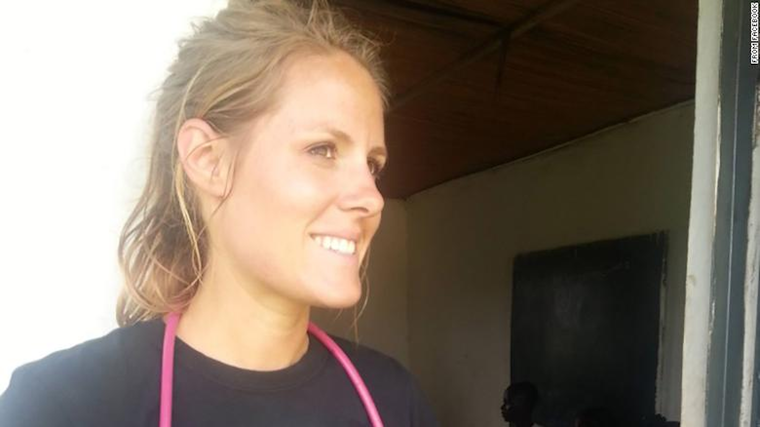 The  case in which an American national, Renee Bach is accused of ill-treating malnourished children in eastern Uganda is to be heard again on January 21, 2020, at the High court in Jinja.

Bach, who was accused of operating a medical facility without a license was dragged to court early this year by the Women's Pro Bono Initiative, an organization that promotes women's human rights and two mothers, who allegedly lost their children under her care.

The mothers say that they were convinced that Bach was a medical doctor after seeing her wearing a white coat, a stethoscope and often administered medications to children. It is alleged that the missionary caused death to over 100 children under her care through performing medical procedures and providing treatments, well knowing that she did not have any medical qualification for the task.

She said since the first hearing in March, the parties involved have been exchanging court documents and responding to what Bach raised in her written response. After this, the lawyer explains that the court will open a window for mediation for three months and if nothing happens, they will have a conferencing session and file written submissions.

“We decided to exchange written responses to the case. We may just file written submissions so that at the hearing in January the case can be closed”, Kwagala said.

The two mothers that claim their children died and some former employees of her NGO, Serving His Children Uganda have written testimonies.

However, while Bach has refused to respond to several requests for an interview by our reporter and other Ugandan media about the issue, she has named an American lawyer David Gibbs who put up a statement on Twitter last week saying that the allegations are false and that reputation terrorists are attacking his client.

“Bach worked alongside Ugandan medical professionals, she learned skills to help provide assistance as necessary and often assisted nurses and other health professionals to serve in crisis situations,” reads the statement in part.

He added that because of her passion about serving people, her organization – ‘Serving His Children Uganda (SHC)’ has partnered with the ministry of Health to run a nutrition unit within a government operated Kigandaalo health center IV in Mayuge district.

However, URN has information that she shifted to this facility in 2015 after her initial centre in Jinja was shut down by district authorities and an investigation by the Uganda Medical and Dental Practitioners’ Council.

Then, Dr Ssentongo Katumba, the registrar of the council said that Bach had run to them complaining of being frustrated by district officials but when an investigation was done they recommended that the nutrition facility remains closed as many people were complaining that the missionary was enticing patients to leave Nalufenya children’s hospital to her facility yet it was registered as an NGO and not a medical centre.

Currently, Bach is said to have quietly stepped down from being the executive director of the organization in June and has since travelled to America.

+3 #1 WADADA roger 2019-07-11 08:03
How did she get out of the country, i suppose she had been granted bail and ordinarily, her passport should have been withdrawn from her.
Report to administrator
0 #2 Paul Goldberg 2019-07-11 14:57
We all know how the case will end-a Muzungu is treated as God and she must have been paying those people who worked for her to defend her.

Have they questioned the Ugandan Coordinator who resigned on what was going on in the organization. Let us wake up, these are no people to save us.

They are looking for employment under the pretend of NGO and where best to do that-Uganda. Corruption is the order of the day anything goes when you have money and connection. Feel bad for the children families.
Report to administrator
0 #3 Sabiti 2019-07-11 18:45
We have become a country where anything goes; even foreigners know this. So sad!
Report to administrator
0 #4 Akao 2019-07-11 20:40
Same old story of today's Uganda. No rule of law, process of doing anything, anybody can start anything especially if they happen to be light-white skin, they automatically know something or have utmost respect.

The country need to be rescued. In a normal country there is guideline for establishing anything
Report to administrator
+1 #5 rubangakene 2019-07-11 22:26
These charlatans are all over Uganda, that's why we need a census and some audit to "flush out" these quacks and undesirables.

I remember during Obote 2, there was this German "doctor" who masqueraded as the President's personal doctor.

He also ran a clinic in Uganda House where he duped and treated even diplomats!