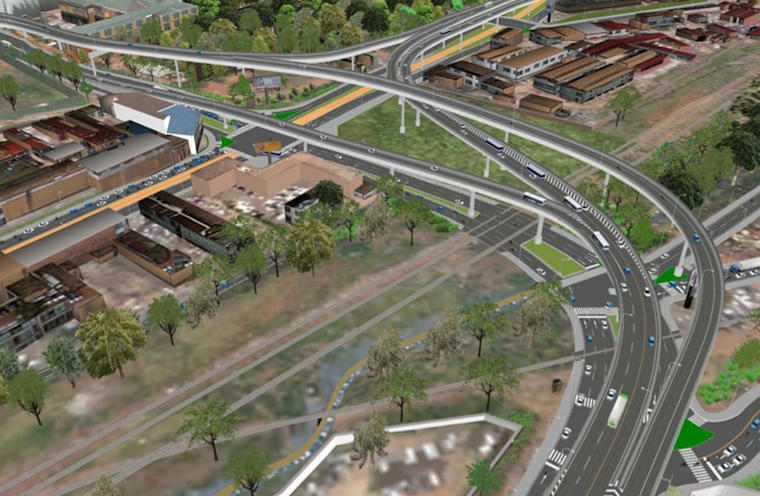 The Shs 224 billion project, undertaken by Japan International Cooperation Agency (JICA) involves the construction of flyovers at Clock Tower, and at Kitgum House as one of the initiatives to decongest the city of traffic. The project will also cover widening of Nsambya and Mukwano roads and improvements of interfacing roads and junctions.

But now the executive director of Uganda National Roads Authority (Unra) Allen Kagina says that any delays in the project will be met with a fine of $81,000 (about Shs 300 million) per day in line with the terms of the contract.

President Museveni commissioned the project in March this year with the first phase expected to be completed by 2021. This phase includes works construction of addition of lanes around Shoprite supermarket at Queen’s Way intersection towards Katwe side, improvement of Nsambya road, Mukwano road and part of Ggaba road. Construction of the Clock Tower flyover which will be 500 meters long is to also be completed under this phase.

The second phase of the project will commence after the completion of the first phase and will involve construction of the Kitgum House flyover on Jinja road near the Centenary Park and Wampewo roundabout.

“When you translate that, it comes to Shs 300 million per day if the equipment is standing idle. It is in the agreement, it is anticipated that when the contractor is given commencement, he must have access to land. Any delay means he will not work, when he doesn’t work, the contract requires that he charges,” Kagina explained.

Kagina was appearing before parliament’s committee on Commissions, Statutory Authorities and State Enterprises (Cosase), where she was asked to explain a mischarge of Shs 150 billion in Unra's expenditures. She blamed it on liabilities paid to contractors owing to penalties from idle equipment resulting from delayed projects.

She said that a number of projects are usually delayed by failure to acquire land for works to commence, adding that Unra had to reallocate money to pay arrears and liabilities. She noted that there are high chances for the country to lose money since some of the land required for this project has not yet been acquired, further delaying the project.

Kira Municipality MP Ibrahim Ssemujju Nganda questioned why the government enters into such contracts which expose it to exorbitant liability costs. Ssemujju wondered how a government entity signs an agreement before sorting out land issues.

In her response, Kagina stated that the anticipation is that the issues shall be resolved in time. She added that where conflicts take long, they request to deposit money with the court and the parties involved allow them to proceed. The committee said that it would hold a separate meeting with Unra to discuss this issue.

0 #1 Lakwena 2019-06-26 07:49
In other words, because the motive is not of national interest; every infrastructural project and/or agreement entered into by this regime; is like the proverbial WHITE ELEPHANT, which will only bankrupt Ugandans.
Report to administrator