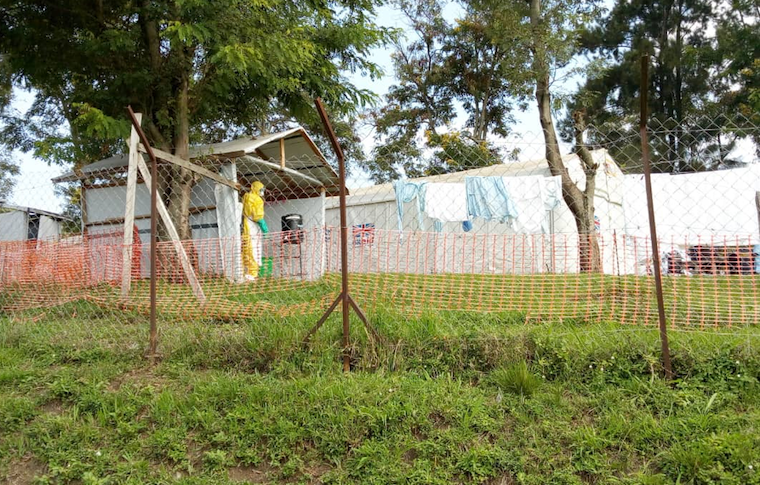 The girl who'd been isolated tested negative of Ebola

A five-year-old girl who'd been confined at the Bunagana border in Kisoro district has tested negative to Ebola virus disease.

The girl was among a group of 51 refugees who arrived at Bunagana border on Tuesday night from Itungo village, North Kivu province of the eastern Democratic Republic of the Congo. They were reportedly crossing to Nyakabande Transit Centre in Kisoro district when they were intercepted.

However, while at Bunagana police station, the girl started spewing blood and complained of a stomachache. Together with her mother and her sister, the young girl was confined at an isolation unit at Bunagana while the rest of the refugees were isolated at Nyakabande Transit Centre in Nyakabande sub-county, Kisoro district.

But Kisoro district health officer Dr Stephen Nsabiyunva told URN Friday morning that the girl’s blood samples which were rushed to Uganda Virus Research Institute (UVRI) in Entebbe for the examination have tested negative to Ebola, Marburg and Crimean-Congo hemorrhagic fever. Nsabiyunva says that the trio have now been cleared to proceed to Nyakabande Transit Centre.

Nsabiyunva adds that the authorities have intensified surveillance at all entry points and sensitization about Ebola following confirmation of three cases in Kasese district on Monday.

The first confirmed case of Ebola was a five-year-old boy, whose parents had travelled to the Democratic Republic of Congo to participate in a burial of a relative. He died on Tuesday followed by his grandmother on Wednesday. His infected 3-year-old brother and other suspected contacts have been repatriated back to DRC.

According to statistics from the World Health Organization, there have been 2,025 cases Ebola and 1,357 deaths from the virus during the outbreak in the Democratic Republic of Congo since August 2018.