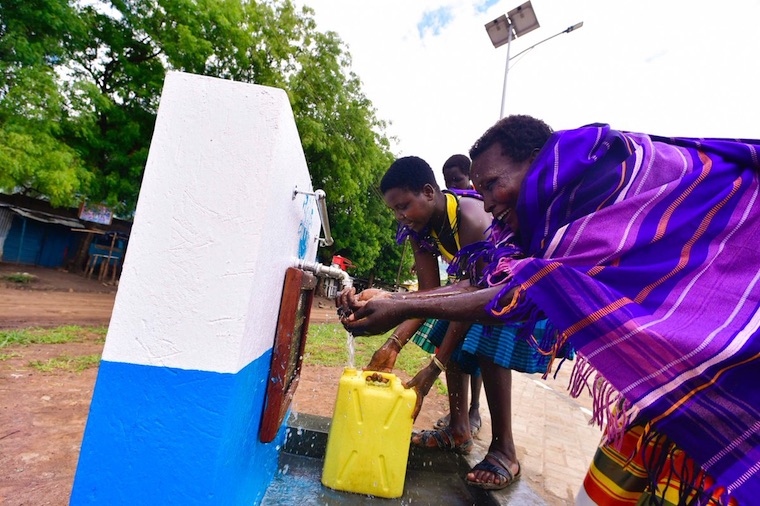 Simon Peter Aleper, the  Karamoja sub region National Resistance Movement (NRM) party vice chairperson has scoffed at people blaming the Karimojong for voting the ruling party despite the deplorable living conditions in the semi-arid sub region.
President Museveni garnered more than 90% of the total votes cast in the 2016 general elections and his party swept almost all the seats in parliament districts and sub counties.

Aleper, who lost the Moroto municipality parliamentary seat to Fred Angella in the 2016 general elections, says the Karimojong are better off with NRM since it ushered peace to the region.

Speaking at the press conference with Museveni at Morulinga State Lodge, Napak district Wednesday night, Aleper boasted that political failures and ill- minded people envy Karamoja for the progress made under the NRM government.

"This is not the first government we have seen in this country, we had the British government [but] they concentrated in Kampala…all good things are made in Kampala, everything that is good in this country remains in Kampala. The people of Kampala who have received good education, good health facilities when they are now seeing that the president is coming to see his people whether they have also received what they have in Kampala, they are developing bad feelings, sleepless nights."

Aleper lashed at the opposition, claiming that they are bad losers, trying to taint the image of NRM in the region and the whole country. He noted that they [Karimojong] will not allow opposition to poison them.

Aleper is not alone. Many Karimojong leaders use every opportunity to send NRM messages at all fora. In some cases, leaders start and end their speeches recycling NRM achievements and reasons why people should continue to vote President Museveni and the NRM party.

What if Ugandans leave Museveni along instead of cowarding away while ensuring his tax money?

Not 1 tribe has leadership & guts to FREE its people from enslavement to Museveni!!!

Ugandans are UNITED in cowardice & will slave for Museveni till he drops dead, then what after?

This ignorant Ugandan is saying the country formed by tribal lands & all land riches, including gold on his tribal land, belong to Museveni!