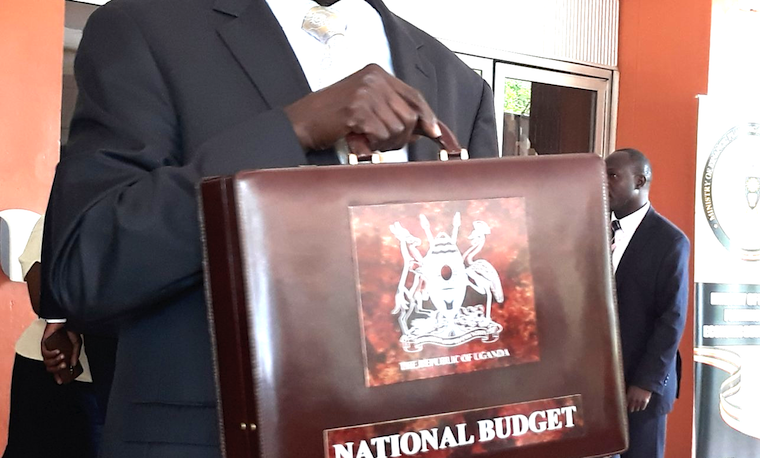 Minister of Finance Matia Kasaija read out a Shs 40.5 trillion for financial year 2019/20 with Works and Transport, Defence and Security and Education sectors taking the lion's share of the budget. Kasaija said the budget is themed on industrialization for job creation and shared prosperity.

According to Kasaija due to the progress in economic growth, the average incomes of Ugandans has increased to $825 per person in FY 2018/19, compared to $800 in FY 2017/18. The minister said the country's export performance has been excellent, with diversification leading to nontraditional cash crops earning the country $2.84 billion (about Shs 7 trillion) in last financial year,compared to the traditional cash crops, which earned $0.79 billion.

The minister highlighted unemployment, income inequality and malnutrition and living unhealthy lifestyles as the top most development challenges affecting the country. With approximately 600,000 new entrants into the job market every year the demand for jobs is even higher, said Kasaija. 4 out of 10 young Ugandans are out of work and furthermore, the quality of jobs is of concern to government. Kasaija also pointed out that income inequality has widened between rural and urban areas, as wealth has not been created faster in rural communities in comparison to urban areas.