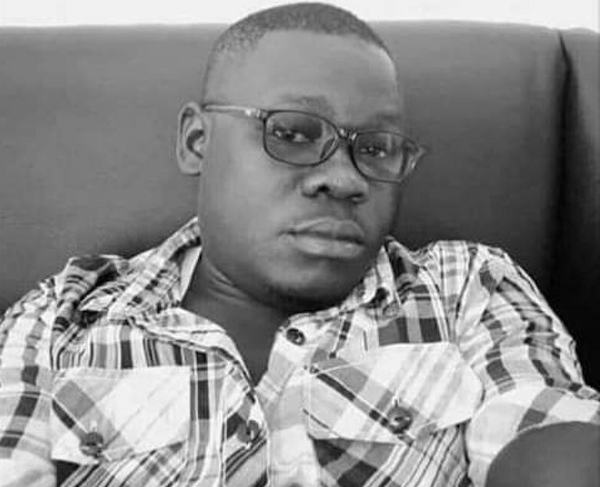 RIP: Alex Oluta who was stabbed to death

Police has arrested, Irene Opio Akello, on allegations of killing her lover, Alex Oluta, in a hotel in Ntinda.

Deputy Kampala Metropolitan Police spokesman, Luke Owoyesigyire, said police received a phone call from Top Five hotel management about a man suspected to have been killed by his lover. Police in Ntinda arrived at the scene in wee hours of Sunday morning and found Oluta lying in a pool of blood. Akello according to police, has since admitted killing Oluta but the actual reason is unknown.

Owoyesigyire said the deceased had multiple stabs in the chest and there were signs of struggle. Inside the room, property was littered all over the floor.

Police discovered food and alcohol suspected to have been eaten by Akello and Oluta before the fight ensued between the duo. Owoyesigyire said two hotel staff identified as Ronald Sasij and Finmond Gibremech of Eritrean origin has been arrested to help in investigations.

Police added that Akello who hails from Lamwo district has since been arrested with the help of her vigilant neighbours who became suspicious of her conduct.