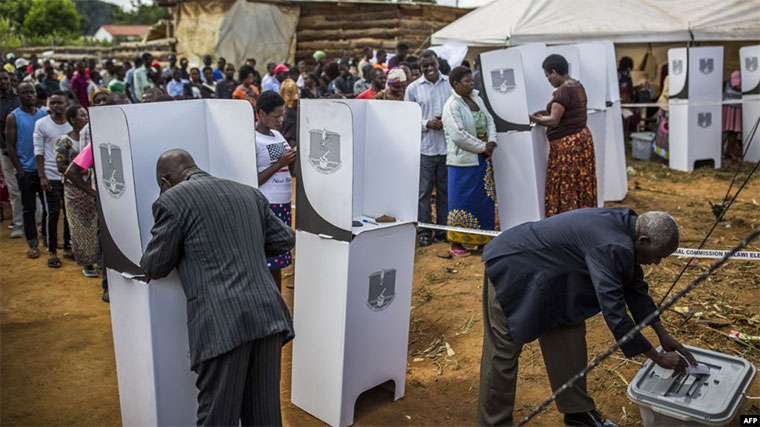 People cast their votes at a polling station in Mzuzu, Malawi during general elections on May 21

About 6.8 million voters are choosing whether to allow the 78-year-old Mutharika to stay in office, or turn to either Deputy President Saulos Chilima or former preacher-turned-politician Lazarus Chakwera, who have both promised to tackle the endemic corruption plaguing Malawi.

Mutharika campaigned on a program of economic growth and infrastructure improvements. Chilima quit Mutharika’s ruling Democratic Progressive Party last year and formed a party focusing on Malawian youth, who make up more than half of the country’s eligible voters.

Chakwera, the leader of the main opposition Malawi Congress Party, narrowly lost to Mutharika in 2014. He has been endorsed by former president Joyce Banda, Mutharika’s predecessor. Malawians are also casting ballots for candidates running for the national legislature and local ward councillors.