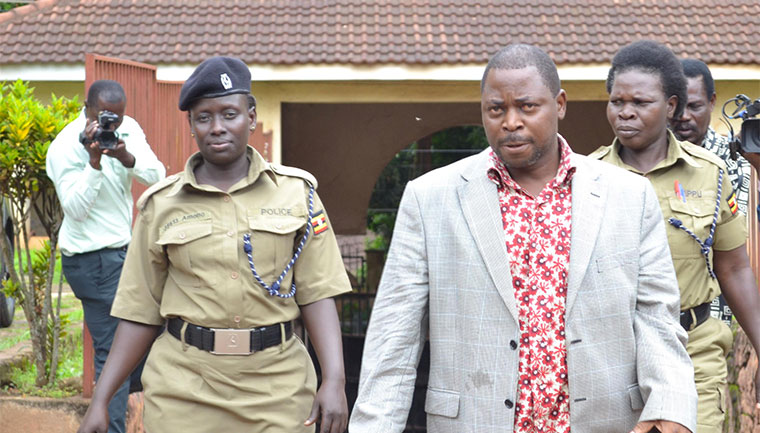 The Anti-corruption court in Kampala has granted bail to state prosecutor Simon Kigwana who is charged with two counts of corruption.

Kigwana, 48, is a state attorney from the Office of the Director of Public Prosecution attached to the Nabweru Chief Magistrate's court. He was granted cash bail of Shs 1 million while his four sureties were each granted a non-cash bond of Shs 20 million. They are; Betty Abenakyo, Esther Mbidde, Jessy Mugero and Christopher Mugero.

Kigwana’s lawyer James Kiiza told court presided by the Grade One magistrate Sarah Namusobya that the suspect is still innocent until proven guilty. He also argued that it is his constitutional right to apply foår bail. State prosecutor Annet Asingwire had no objections to Kigwana’s bail application.

Prosecution alleges that on May 14th, 2019, Kibwana while at Nabweru Chief Magistrate’s court directly solicited a bribe of Shs 6 million from a one Odavious Kasumba and Zam Ndagire.

The bribe was reportedly made in exchange for him (Kigwana) to object to a bail application of Abdu Jaggwe, a suspect charged with the offence of threatening violence before the same court.

The prosecution further contends that Kibwana had solicited and received Shs 200,000 as part of the six million he had solicited for.  Kigwana was last week caught red handed with the said bribe by the operatives from State House Anti-corruption unit. He will now return to court on June, 18 to be informed on the status of investigations.

It will only stop with a credible regime change and not under Museveni's watch who is very corrupt himself. .
Report to administrator
-1 #2 WADADA roger 2019-05-20 22:54
Its a pity, imagine 200,000/= only landing a guy is such big trouble with a risk of loosing his job.

Should we always believe that whoever opposes bail to vehemently has eaten a bribe and whoever refuses to oppose has also eaten.
Report to administrator
+2 #3 Wainanchi 2019-05-21 04:37
One more down! Look who is in charge of fighting corruption.Muyaye!!
Report to administrator
0 #4 mungu 2019-05-21 17:48
You want to build and own palaces and ranches here in Kampala and your villages like Museveni and other Basoga working in Ministry of Finance, BOU etc?

You might not be so lucky unless you get an NRM sticker which you permanently display on your shirt and coat.
Report to administrator