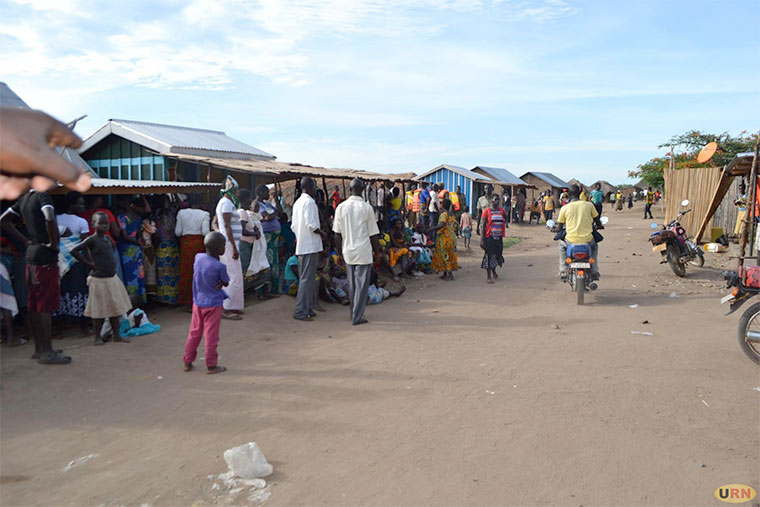 Relatives of the deceased gather after getting the shocking news

Thirty people are feared dead after a boat carrying football players and fans capsized in L.Albert on Sunday afternoon.

He says strong winds hit the overloaded boat a few meters from Fofo landing site after setting off. He says so far,  two bodies have been retrieved. He attributes the accident to over loading . Ogen says the players were using a fishing boat at the time of the accident yet they were supposed to have used a transport boat.

Bruno Sunday a marine officer attached to Mbegu UPDF Marine detach who led a team of marine operatives to search and rescue the survivors says that given the current bad weather condition on the lake, the search for the bodies will resume on Monday morning.

In December 2016, at least 30 Ugandan members of a village football team and their fans drowned in the Lake Albert in Bullisa district. They were from Kaweibanda landing site heading for a friendly football match at Runga landing site.

Still on the same lake, in 2014, at least 98 bodies were recovered and 41 rescued after a boat carrying as many as 250 Congolese refugees capsized. The refugees had been living in Uganda's Kyangwali settlement and were heading back home on their own accord.

+2 #1 WADADA roger 2019-05-19 22:57
These guys at the Ministry of works and transport have been making a lot of noise that they have increased surveillance on Ugandan lakes to avert any such situation that took place on lake Victoria toward Mutima beach, now new stories are emerging yet we have army and marine police men who are trained expensively to watch the waters.