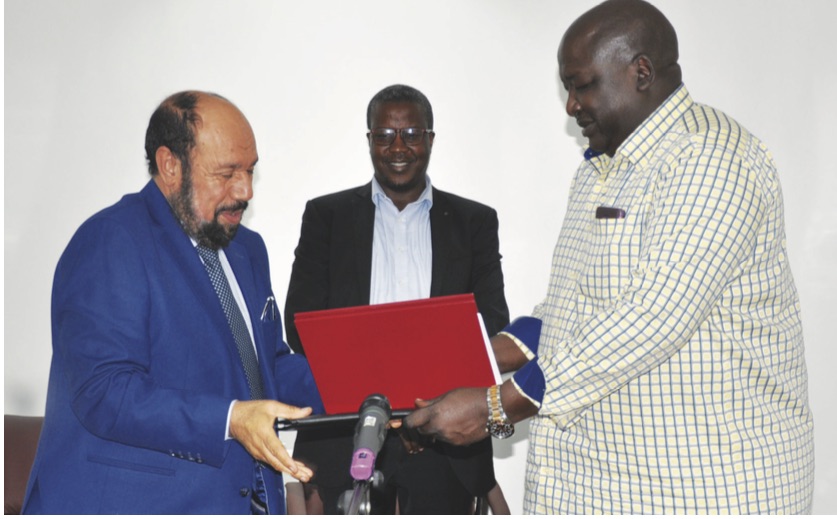 The Libyan government has denounced Muhammad Shatri, a diplomat who was sent to Kampala seven years ago to head the World Islamic Call Society (WICS).

The WICS is a donor agency through which former Libyan leader, the late Muammar Gaddafi, channeled development assistance to governments and Islamic institutions. Once in Kampala, Shatri allegedly took advantage of the unstable political environment in Libya to turn the organisation into his own and renamed it International Islamic Call Society (IICS).

He went on to effect changes in the management of all projects funded by the organisation. Most affected was the Uganda Muslim Supreme Council (UMSC) whose budget funding for maintenance of the National mosque at Old Kampala was withdrawn.

UMSC was left stranded with huge debts in utility bills. In 2016, Shatri was recalled to Tripoli and replaced by Abdul Hafeez Shane’an who failed to assume office after Shatri refused to leave office.

Last week, the overall head of WICS, Dr Saleh Al-Fakhir, flew into the country for talks with the Ugandan government, leading to the signing of a host country agreement which literally edged out IICS.

“As far as the government of Uganda is concerned, legally, we are working with WICS which has been introduced to us by the Libyan government. Any organisation that is not WICS is not known to us,” the state minister for Foreign Affairs, Henry Okello Oryem said.

Oryem signed the agreement with Al-Fakhir on April 18 before journalists and UMSC officials led by the Mufti, Sheikh Shaban Ramadhan Mubaje. Under the agreement, WICS will establish an autonomous office in Kampala; take on the renovation and maintenance of the Old Kampala mosque as per its original undertaking.

Oryem said the organisation will also increase its project input in Uganda. Al-Fakhir told journalists that the organisation has never changed its name even with the fall of Gaddafi’s regime.

Since the 1970s, WICS has been funding various social development projects across the world, especially in the areas of water and sanitation, education, health and religious instruction.

Among its monumental projects in Uganda is the 15,000-seater National mosque at Old Kampala whose construction was entirely funded by WICS. The mosque’s construction was completed in 2008, and Gaddafi through the WICS pledged $200,000 (about Shs 320 million) annually to its maintenance.

+1 #1 Kelly 2019-04-24 10:57
The sad part to this story is that after WICS, through the sweat and labour of the Islamic citizens constructed the 15,000 capacity mosque, we still have to beg them to come and renovate/maintain it for us.

If we can't maintain it, why don't we just avoid using it so that it doesn't go to ruins? So where do we take all the rental income from the incomplete shops (still waiting for WICS to complete them) surrounding the mosque?

Kelly in other words you are trying to say, is that Islam world wide is coming out as an empire builder as was with Christian and Communism colonial empire building?

My brother kabayekka, they have done it before just like Christianity too. In fact they have built some strong institutions/facilities world over.

However Uganda being Uganda, we just can't pick up from where they left. Even in 2019, we are still waiting for he WICS of this world to come and replace the damaged pavers, non functioning bulbs, leaking roofs, broken window panes etc.
Report to administrator