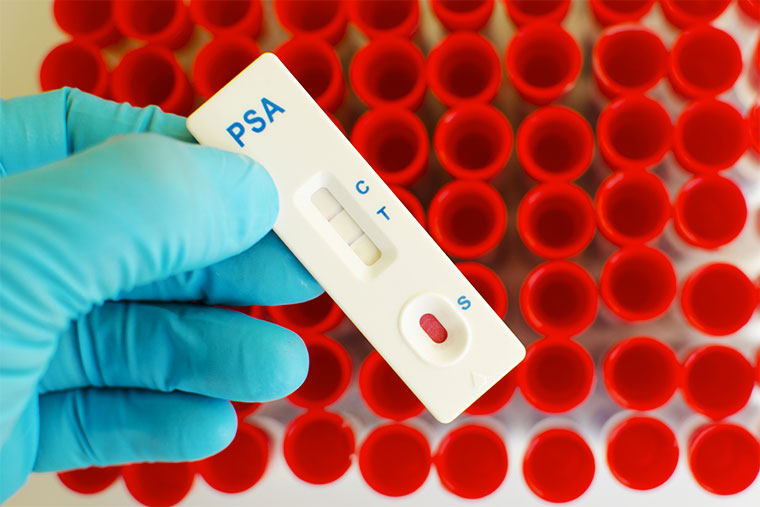 Uganda and Zimbabwe have the highest cases of men with prostate cancer in Africa, a medical officer at a Kampala clinic has said.

Last week, Dr Edrin Juuko, the chief medical officer at UMC Victoria hospital, spoke of this tendency during the launch of the prostate cancer awareness campaign under the theme “Grow the Mo. Support a Bro”, referring to the tradition of growing a moustache in November - ‘Movember’.

Juuko said black men are twice as likely as white males to develop and die from prostate cancer in their 50s, mostly attributing it to genes.

“Between 2006 and 2010, [prostate cancer] cases increased to 58 in about 100,000, which means that the incidence rates we are looking at annually are about 2.5 per cent a year, and those are very high rates,” he said at Victoria hospital.

The risk of prostate cancer increases as you grow older, according to Cancer.net, a website run by the American Society of Clinical Oncology (ASCO). Prostate cancer is the second most common cancer in men. Statistics indicate that one in nine men are affected. It is known as a silent killer because men typically are embarrassed about it and are reluctant to undergo prostate cancer screening yet early detection and treatment increases survival rates.

“A study done in 2012 highlighted that of the 180 men who signed up for that study, 20 per cent of them came in with stage 4 illness. Of those, 25 per cent of them actually didn’t live beyond the first year after diagnosis,” he said.

Matthew Kabalega, the chairman of The Cancer Communique, observed that: “The reason prostate cancer is the scourge that it is in Uganda is that a lot of men do not come out with the pain they have, and choose to be silent. We encourage men above 40 to come in for check-ups, which are non-intrusive.”

The symptoms for prostate cancer vary. But according to Kabalega, some people who are at risk of having prostate cancer include men who have difficulties with urinary system, problems with erections, back and bone pain and family history of prostate cancer.

“If you go to the toilet and it takes time for the urine to flow, that might be a symptom. Or when your stream breaks along the way, when you get up more than three times at night to urinate, or if you have unexplained back pain or have erectile dysfunction, those might be symptoms,” said Dr John Fomum, the cancer specialist at the UMC Victoria Hospital.

He said although prostate cancer is not preventable; the risk of dying from the disease can be lowered significantly by early detection.

“If prostate cancer is detected early, the disease can be cured. The problem in Uganda is that 90 per cent of people come to hospital when their cancer is in late stages and we can’t do much to them,” Fomum said.

He advised men coming for prostate cancer screening to avoid having sexual intercourse and to do physical exercise for at least 48 hours prior, since these things can increase your prostate-specific antigen, which they are going to test and might give false results.

Fomum says the test for prostate cancer is done via the prostate-specific antigen, which is a protein produced by the prostate, and is done through an ordinary blood sample.

“It’s a simple lab-test, where we will take blood from your arm, and then the lab will determine the prostate-specific antigen. The higher it is, the more it suggests you have prostate cancer,” Fomum said.

According to Dr Anurag Shah, CEO of UMC Victoria Hospital, the hospital hopes to screen about 1,500 patients for prostate cancer free of charge, primarily from the poorer districts, during this campaign.

The prostate cancer campaign will see a social running event on two Mondays this month and an internet campaign to encourage awareness of the disease and mobilise people for check-ups.