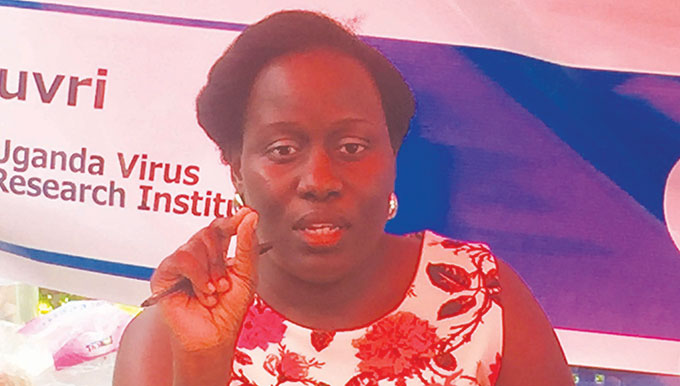 The injection of cabotegravir (CAB), a drug designed as an option to the already available Truvada oral pill, is being tested as an HIV prevention method, mainly in women since they are more vulnerable to HIV infection.   Men are expected to get access to PrEP injection after the five-year study, if and when approved by World Health Organisation (WHO).

“Pregnant and breastfeeding women will not be eligible to PrEP study since CAB is under investigation and we don’t know its effect on the foetus or breastfeeding child. HIV-positive women and anyone under medical condition or chronic illness like high blood pressure, diabetes, heart, liver, kidney and skin disorders will also not be eligible for this study since they are already on other medication and could experience adverse effects,” Dr Amanda Wanyana, the clinician on the HIV vaccine programme UVRI- IAVI said.

She said this week that women with pregnancy disorders, convulsions, women planning to conceive and women already in other HIV vaccine researches will not be eligible, to avoid mixing of drugs.

Only sexually active women, aged between 18 and 45, will participate in this study. They must be HIV-negative, healthy and ready to be enrolled on long-acting contraception such as injections, implants and tubal ligation.

“In case a participant gets pregnant during the study, we shall stop her from receiving the PrEP injection. And those who will want to leave the study before it ends will be free to go, but there will be no replacement,” she says.

Wanyana said researchers are aiming at comparing Truvada, an oral pill, with cabotegravir (CAB), an injection, to find out which is better in HIV prevention.

“The PrEP injection is like family planning methods where there are many options which include pills, injections, implants and others. Truvada has already been approved by WHO as HIV prevention by over 90 per cent and now PrEP injection will be approved as an option prevention against HIV compared to a daily pill,” she said.

The trials, called HPTN 084 and sponsored by the US National Institutes of Health, is to be conducted at three sites in Uganda which include UVRI, Baylor Uganda and Makerere University-Johns Hopkins University research collaboration centre (MUJU).

About 3,200 women in Sub-Saharan Africa are expected to participate in this study.  UVRI will conduct its study on 147 women. Wanyana said recruitment will mainly target key population areas such as fishing communities, commercial sex workers, truck drivers, discordant couples, people injecting themselves with narcotic drugs and men who have sex with men.

This research is also to be conducted in Botswana, Malawi, Swaziland, Kenya, South Africa and Zimbabwe with 21 sites to examine whether a long-acting form of the investigational anti-HIV drug cabotegravir injected once every two months can safely protect women at risk of HIV infection.

This study will be conducted in women in sub-Saharan Africa because it has been found that the burden of disease is higher here and the options for HIV prevention for women in Africa are few.

The women are randomly assigned to either the cabotegravir group or the Truvada group. Neither the participants nor the study team will know who is in which group until the end of the trial.

The participants must reveal their home address where they can be located for follow-up and ready to take different blood samples for tests. According to the 2016 Population HIV Impact Assessment Survey in Uganda, about 1.3 million people are living with HIV/Aids. Of these, 7.5 per cent are women compared to 4.3 per cent men.

Studies conducted in the United States and other countries show the PrEP injection is safe and well-tolerated. Kenya and South Africa are the only countries in Africa where oral PrEP has been rolled out as one of the prevention interventions for high-risk HIV-negative people.

2018 During the recent HIV Research for Prevention (HIVR4P 2018) conference in Madrid, Spain, Laura Fitch of AVAC, revealed statistics showing that at least 381,580 people have been started on PrEP in 68 countries globally. About 103,000 PrEP users are in sub-Saharan Africa, a number still short of the targeted 142,000.