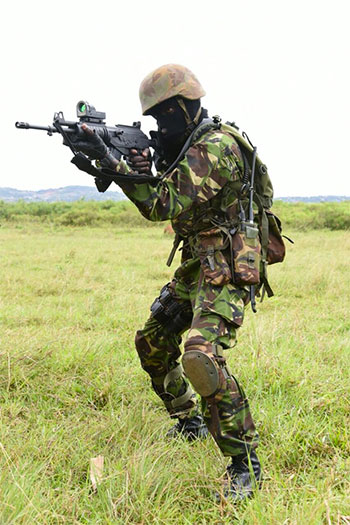 Rattled by the June 8 brutal murder of Ibrahim Abiriga, the Arua Municipality MP and an unflinching supporter of the controversial constitutional amendment bill that removed the 35 and 75 year presidential age limits, government has strengthened the security of many MPs and government officials, who were loud promoters of the legislation.

According to sources, the MPs and government officials’ security was enhanced last Friday. They each got additional soldiers from the Special Forces Command, an elite presidential protection unit.

Magyezi was the mover of the private member’s bill; Oboth-Oboth chaired the Legal and Parliamentary Affairs committee, which processed the bill, while Balyeku, Amule and Jackson Kafuuzi (Kyaka South) were seconders of the bill whose passing last year was packed with dramatic scenes.

Interviewed yesterday, one minister said they were simply surprised to receive SFC guards. “Cabinet ministers didn’t sit anywhere to decide on strengthening our security. But we just saw SFC officers joining our team.”

A source said the president directed that the MPs’ security be enhanced to avoid any eventualities. Nankabirwa, who was previously shadowed by one UPDF bodyguard, now has about five SFC uniformed bodyguards.

Previously, the MPs had between four to seven police officers.

“There have been audio clips circulating on social media warning those people who participated in the ‘Togikwatako’ (presidential age limit) bill and you cannot take such things for granted. Who knows that they are not the very people who killed Abiriga?” a source said yesterday.

One particularly ominous audio recording is of a man who calls himself Nasser Mugerwa. In the recording the man claims Abiriga was killed for supporting the age-limit bill passed by parliament on December 20, and assented to by the president on December 27 last year.

The audio clip warns that Anite, Nankabirwa, Nsubuga and Magyezi are the next targets. During the burial of Abiriga on June 11 MP Ogwang told President Museveni, who was the chief mourner, that MPs who promoted bill were living in fear.

Mukono Municipality MP Betty Nambooze along with four other people were arrested last week by police. They are accused of engaging in offensive communication on social media before and after the death of Abiriga and his brother Saidi Butele Kongo. Nankabirwa declined an interview yesterday about her enhanced security.

“Why do you want me to speak about issues of my security? Do they discuss someone’s security issues in the media? No, I can’t tell you about my other members’ security detail,” Nankabirwa said yesterday.

WADADA, please slow down. Massacre won't bring the nation closer to sanity -- nor restore representative administration and rule of law.

People agreeing on what to do to bring peaceful transition, and working with dedication to effect it, will.
Report to administrator
0 #15 rubangakene 2018-06-21 20:05
Remember Sadaam Hussein had security 'up to his neck'. Look where they smoked him out from like a him out from like a rat. Ditto Gaddafi.

Almost forgot, what about the other one from West Africa who was tracked and found tired and dehydrated, sleeping at the bottom of a tree with a pillow case full of dollars.

"...i want to believe there will be a serious massacre of all the MPs who voted in favour of lifting term limits..."

WADADA, please slow down. Massacre won't bring the nation closer to sanity -- nor restore representative administration and rule of law.

People agreeing on what to do to bring peaceful transition, and working with dedication to effect it, will.

I agree. But please include also "people agreeing on what NOT TO DO".
Report to administrator
0 #18 Coleman 2018-06-22 02:54
The Bible is very clear...(whatever a man sows so he reaps...); each and everyone of them will reap what they have sown, if you did what was right you don't have to panic....whoever betrayed the people will pay dearly and whoever stood up for the people and stood with the people will also be rewarded accordingly.