The central adhoc regularities and malpractices (alteration of marks) committee of Makerere University has summoned a total of 332 former students to defend themselves on allegations levied against them before the committee by week.

In a public document signed by the committee chairperson, Venny Nakazibwe, dated June 1, 2018, the released names of students are expected to appear before the committee in room 611 at the Senate Building at Makerere.
The cases date as far back as 1999 up to 2012 graduation years with majority cases, about 250 students from the College of Business and Management Sciences - CoBAMS followed by the College of Humanities and Social Sciences (CHUSS). 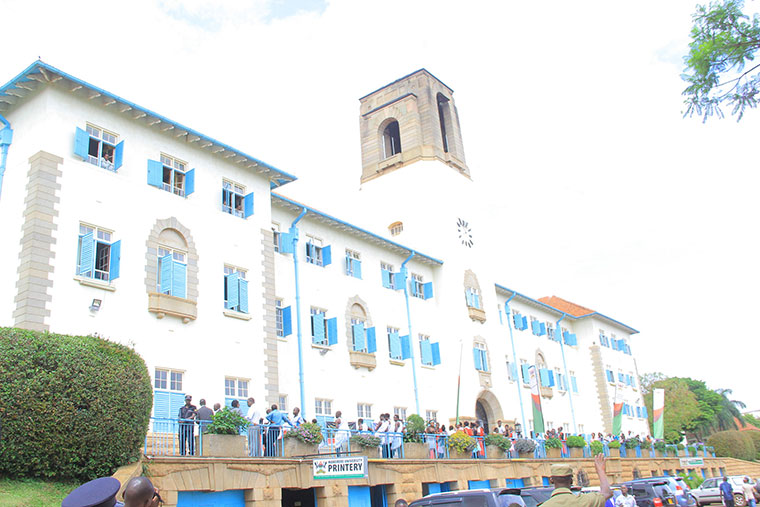 Other colleges with students whose marks were altered included Computing and Information Sciences- CoCIS with over 20 cases, School of Law with 10 cases, College of Engineering, Design, Art and Technology - CEDAT with 37.

The probe into the examination malpractice was commissioned on November 13 in 2014 after complaints from heads of departments and college principals that names of some students who didn't meet the minimum qualifications had found their way on the 65th graduation list.

A seven member investigation committee was headed by Venny Nakazibwe and others include; John Ngubiri, Bernadette Nambi-Karuhanga, Rose Nakayi, Frank Kitumba, and Tony Oluka among others.

According to the report, students engaged in the malpractice either with the help of their colleagues or in connivance with university officials.

In the list published to university noticeboards, a Bachelor of Quantitative Surveying Student in 2009, Isaac Martinson Ajum was allegedly the link to the person in Senate Building who changes marks.

Another candidate Sandrah Splendour Kayongo, a Bachelor of Architecture put in his missing marks complaint in 2002 and she was found to have scored 64 per cent but was not uploaded.

It is also indicated that some individuals hack into the results system by accessing rights for examination coordinators, school or college registrars.