The 21 former students of Uganda Christian University (UCU) whose nursing degrees were dismissed as fake by the nurses and midwives regulatory body yesterday sued the university at the High court.

They are seeking Shs 900m in damages. Last year, The Observer reported that the Uganda Nurses and Midwives Council (UNMC), the statutory regulator of nursing and midwifery, had refused to register students from four universities including UCU, because they had not met the minimum qualifications for admission.

An independent investigation by The Observer found that the students were admitted for bachelor of nursing degrees at the four institutions yet they had not passed the key principal subjects of Chemistry and Biology at A-level.

In their suit filed on July 26, 2017 at Mukono, the 21 who are led by Ivan Walukhu and Frida Chebet, accuse the university of unapologetically siphoning tuition and other fees from them over the course of eight semesters despite knowing that it had “phony accreditation and illicit admission policies.” 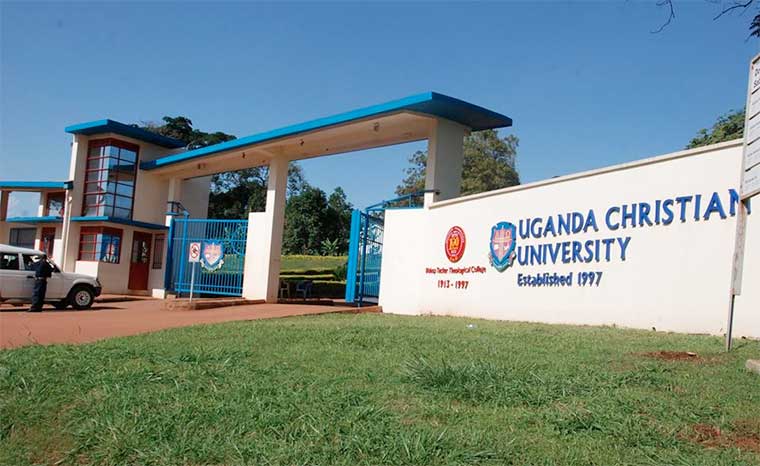 In their suit, they say the saga began on October 30, 2015 at Mukono when they graduated with the Bachelor of Nursing Science degree. However, through the Center for Legal Aid (CLA) and Maxim Advocates, they say when they subsequently expressed interest in applying for registration, enrollment and licensure as nurses, the degrees awarded by UCU were rejected by the Uganda Nurses and Midwives Council.

According to them, the regulatory body rejected their degrees because the programme (Bachelor of Nursing Science degree) was not duly accredited and also that UCU willfully or recklessly bypassed the prescribed minimum entry requirements for admission of students to the degree programme, among other institutional standards set by the National Council for Higher Education.

Consequently, they contend that they wasted four years at UCU since their degree progarmme is not recognized in the Ugandan education system and by the labour market.

As a result, they say their ability to acquire nursing licenses, employment or pursue further education in their field has been severely impaired.

“Besides the impairment of each plaintiff’s earning capacity, as well as job and training opportunities lost due to the defendant’s breach and/or misrepresentation, the plaintiffs have continuously been embarrassed and vexed  when questions are raised about their qualifications by various stakeholders. As a result, the plaintiffs have suffered from distress, humiliation, embarrassment, anxiety, psychological harm and career stagnation, hence the claim for general damages,” the plaint says.

Given that they did not receive legitimate degrees at the end of the  four-year programme, the 21 contend that there has been a total failure of accountability, breach of trust and unjust enrichment by UCU.

In their suit, the plaintiffs have not spared UCU vice chancellor Reverend Canon Dr. John Senyonyi. They say Senyonyi held offices of influence and potential conflict of interest in the National Council for Higher Education: first, as the chairperson of the Quality Assurance and Accreditation committee, and second, as the chairperson of the Audit and Risk Management committee, which they claim enabled UCU to orchestrate the fraud complained of herein and cover it up with impunity.

Other officers of UCU who held offices of influence and potential conflict of interest either in the National Council for Higher Education or Uganda Nurses and Midwives Council, they say, included; Jemimah Mary Mutabaazi, the head of the nursing department at UCU’s faculty of Health Sciences, who also doubled as the chairperson of Uganda Nurses and Midwives Council at the material time.

It’s their case that though their lawyers proposed a meeting before the university’s 16th graduation ceremony to discuss the pathway to their registration as nurses and other possible remedies without resorting to litigation, the plaintiffs claim that Senyonyi rebuffed all their efforts.

To add insult to injury, they say, Senyonyi retaliated by intimidating them, rebuking them for retaining lawyers, and threatening to “throw out any lawyer” who dared to enter the campus and represent them in engagements with the university.

Interviewed yesterday, David Mugawe, UCU’s deputy vice chancellor in charge of development and external relations, said he was not aware of the lawsuit but added that “the problem had been solved by the council.”

Obviously, i dont think these fellows have any defense, how do you award degrees to students that are of no relevance

Obviously, i dont think these fellows have any defense, how do you award degrees to students that are of no relevance

Some bigs shots always sent their relatives to such bogus universities through the back doors and intimidation.

The whole education system is rotten and many of the so-called universities are mere diploma mills, dishing out fake and useless papers which don't meet the international standards.

The worst is the PhD program. Most of the PhD holders have never even published any academic paper, which is the main requirement.
Report to administrator