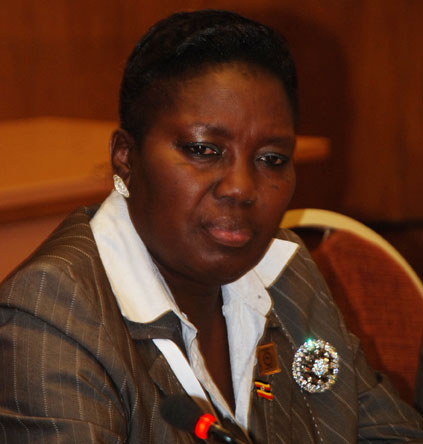 The MPs whose bid to recall Parliament over the Cerinah Nebanda saga was recently rejected by Speaker Rebecca Kadaga will not challenge her decision in court.

The Observer has learnt that Kadaga and the MPs agreed that it would not be worthwhile to lodge a potentially embarrassing petition with the Constitutional court.

A week ago, Kadaga quashed the MPs’ petition on grounds of “falling short of the required signatures.”

Under the deal, which the petitioners say was a result of “constructive engagement,” Kadaga and the MPs agreed that the planned Constitutional court challenge would not seek a review of the speaker’s decision not to recall Parliament.

It will only seek an interpretation on whether a Member of Parliament can withdraw a signature after he or she has signed on a petition.

Kadaga’s decision not to recall the House was attacked by the petitioners who saw it as bowing to political pressure. In her letter to the petitioners dated January 15, Kadaga said the petition fell short of the required number of signatures, given the withdrawal of some signatures, and alleged forgery.

“Prior to receiving your letter together with its attachment, my office had received written communication dated January 4, 2013 from five Members of Parliament informing me that whereas they had earlier appended their signatures to a petition to recall Parliament, they had now decided to withdraw their support to the petition for various reasons.”

Kole MP, Fred Ebil, had also written to the speaker claiming that his signature had been forged. Kadaga’s decision to accept the withdrawal of signatures has been criticised by those who believe it’s unconstitutional to do so. Kabale Municipality MP Andrew Baryayanga said Kadaga should have followed the precedent set by the late former speaker, James Wapakhabulo.

“When 17 members wanted to withdrawal signatures from a petition to censure Jim Muhwezi [in the Sixth Parliament], they were stopped from doing it. This is a bad precedent,” he complained.

According to Abdu Katuntu, the Shadow Attorney General, it is a general principle in law that once someone has appended their signature, they cannot withdraw it.
Kadaga’s controversial decision prompted the petitioners to consider seeking Constitutional court redress, a move the speaker is reportedly uncomfortable with.
It is not difficult to see why. Her authority and standing would be at stake if the Constitutional court, for instance, overturned her decision.

In exchange for not challenging her decision directly in the Constitutional court, Kadaga, the petitioners say, has promised to have the issues raised in the petition debated when Parliament reconvenes next month.

“The speaker told us that our petition will be tabled as a substantive motion when the House resumes,” Ntenjeru South MP Patrick Nsanja told The Observer yesterday.

However, because of the decision’s far-reaching implications, the petitioners are intent on going to the Constitutional court to reverse the notion that signatures can be withdrawn at will.

“The speaker’s ruling is final and we respect it. But we need to correct the defects in the precedent that Kadaga set,” the lead petitioner, Ajuri MP Hamson Obua Ogwal, told The Observer.

Some of the petitioners are of the view that if the decision is not challenged, it could affect parliamentary business.

“In future it will mean that a member can withdraw a signature from a parliamentary report, something that can prevent such a report from being tabled,” argued one of the petitioners, Busiro East MP Medard Sseggona Lubega.

However, we understand that some of the petitioners are not agreeable to the deal. According to our sources, when the petitioners convened in the Butambala Woman MP Mariam Nalubega’s office on Monday to plot a way forward, Sseggona, Gerard Karuhanga (Youth, western) and Wilfred Niwagaba (Ndorwa East) insisted on seeking a Constitutional court interpretation on withdrawal of signatures as well as a judicial review of Kadaga’s refusal to recall the House.

“She is my speaker but I have great respect for the law and even if my colleagues are saying that we should seek interpretation on only the withdrawal of signatures, I am ready to remain alone on this,” Karuhanga told The Observer.