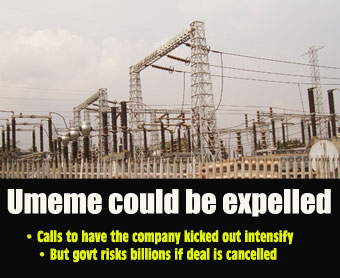 The Electricity Regulatory Authority is currently reviewing Umeme’s licence and is considering setting more aggressive targets for the company.

But a more critical option is gaining momentum within government circles – revoking that license once and for all, The Observer can reveal.

This is the first review, and possible amendment, of Umeme’s license since 2004 when the firm signed a 20-year concession to distribute power.

It was agreed that the licence would be subjected to a review after seven years. Since 2004, Umeme has increased power connections roughly more than 10,000 per quarter, employed hundreds of Ugandans, and engaged in different corporate social responsibility activities.

But Umeme’s failure to curb power losses and calm public unrest over some of its unreliable services is intensifying calls to have the company’s licence cancelled. Umeme’s power system losses remain above 30%.

Just yesterday afternoon, Speaker of Parliament, Rebecca Kadaga instituted an eight-member select committee to look into what has gone wrong within the energy sector, in what will be interpreted as part of a long list of attempts to exert pressure to have Umeme out of the country.

Kadaga’s announcement came as Members of Parliament called for an inquiry into the energy sector since the Uganda Electricity Board was disbanded and split into three separate entities.

The same legislators engaged in verbal outbursts with Charles Chapman, Umeme’s managing director, last week, as they questioned the competence of the company in distributing power to the country.

Earlier, Hilary Onek, while minister of Energy, argued that Umeme was conning the country and instituted a probe into the company’s affairs. The probe, which came out with a damning assessment of Umeme, was headed by the President’s brother, Salim Saleh.

The Commonwealth Development Corporation is the majority shareholder in Umeme. But as more covert operations to have Umeme’s licence revoked take shape, details of the agreement Uganda signed with the firm, which have largely been kept out of the public domain but a copy of which The Observer has seen, show how difficult this option is. 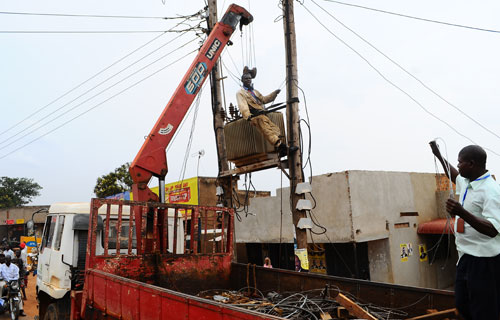 To understand just how Umeme covered its tracks in the event that its licence is terminated, picture this: government will pay Umeme un-depreciated money that it has failed to recover and the same government will still pay quite a substantial amount if Umeme, itself, decided it was tired of doing business in Uganda and was packing its bags to leave.

This compensation could more than likely be more than the money the company has invested in Uganda. According to the Distribution Support agreement, section 12.1 clause (b), should government terminate Umeme’s contract, the buyout amount (the compensation) shall equal “a percentage equal to 120% from the end of the Initial Period through the 13th anniversary of the transfer date, such a percentage declining 2% per annum thereafter to 106% in the year that is the 20th anniversary of the transfer date.” This amount excludes the first two years of operation.

Here is a breakdown of this clause: according to unconfirmed figures, Umeme is said to have invested about $130 million by August this year. If Umeme, for argument’s sake, says it has failed to recover $50 million from the money it invested, and government wanted to revoke its license this week, the company would walk away with $1.1 billion.

In this particular case, Umeme could walk away with $788 million. To avoid such a situation, the country has to remain patient with Umeme until the concession expires in 2024. Such an idea is likely to get many grumbling.

However, anyone cynical can argue that government should just cancel the licence and tell Umeme to forget about getting any compensation. Those who signed the agreements on Umeme’s behalf must have foreseen such a scenario and, shrewdly, moved to guard against it.

In the agreements, Umeme can take the dispute, as long as it is worth $7 million or more, to an international court of Arbitration, most likely in London. And if Umeme wins the case, it has the power to attach any foreign assets belonging to Uganda, as long as those assets are not aircrafts, naval vessels or defence-related, or protected by diplomatic immunity.

Irene Muloni, the current minister of Energy and Gerald Sendaula, the former minister of Finance, signed the agreements on Uganda’s behalf. Prof Peter Kasenene, then minister of state in charge of Privatisation and Esther Mulyagonja (now a judge of High Court), the Company Secretary of Uganda Electricity Distribution Limited, signed as witnesses.

A source who has read the agreements and believes the country got a raw deal, asks whether these officials were “simply too tired to read these clauses” before signing them.

The target of vile criticism from all sorts of forums such as Facebook, Umeme has endured a troubled relationship with many consumers for a long time, with government’s relentless frustration of the firm’s failure to curb power losses a common feature in a couple of previous national budgets.

A large section of the public is also infuriated about the cost of the power tariffs, which are set by ERA at the request of Umeme. A unit now goes for Shs 385.6, up from Shs 215 in 2005, representing an increase of 76%.

The situation has been made worse by the current power crisis. Two power firms, Electromaxx and Aggrekko recently switched off their machines, leaving the country a combined 100MW energy deficit and, by extension, an economy in languish.

This was after government failed to come up with a financial subsidy for the sector. With tempers flaring – government had just emerged with a tainted image from its gruesome crackdowns of the Walk to Work protests over the rise in the costs of living – guns were turned on Umeme, mainly for its failure to reduce power losses and limit public unrest over some of its unreliable services.

Those pushing for the cancellation of Umeme’s license will likely turn to the technicalities of the agreement. They intend to raise such questions as whether the Attorney General issued a legal opinion on the agreement as is required with such agreements.

In late July, ERA held a meeting with Umeme’s management, where the company was tasked to explain how it intends to reduce power losses, overhaul its widely disputed meter reading policy, and where it will invest its money over the next months, among other issues.

Close to two weeks later, in early August, ERA then met the business community to hear their plight about the rampant power blackouts, whose schedule Umeme administers.

A number of businesses continue to incur additional costs to power their generators amidst restraint from increasing the prices of their goods and services. The effects are widespread: job cuts, defaults on their loans due to reduced business volumes and revenues, less tax payments, abandoned expansion plans, among others.

It is partly due to such unrest from the business community that some players in the industry think that whatever ERA comes up with in its review, it will not lead to a fundamental change in the power industry unless tougher decisions are taken.