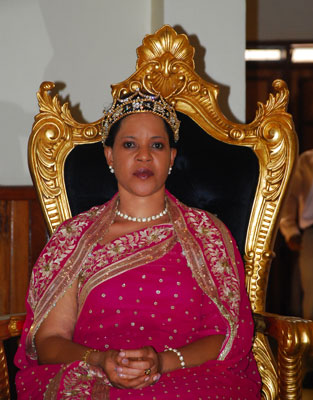 The world might remember him as a despot, dictator and murderer, but at least one virtue will stick out: that the slain Libyan leader, Colonel Muammar Gaddafi, took good care of women. Not only did he support them, he also believed in their abilities and emancipation, moreover in a society where being a woman is normally associated with getting the back seat.

Wearing heavy make-up and military fatigues, Gaddafi’s female bodyguards, better known as the Amazonian Guard, were synonymous with his presence. He paraded them as a symbol of his belief in women’s emancipation and their role in the defence of their country. He also had a team of female nurses led by his long-time Ukrainian nurse, Galyna Kolotnytska.

Central to Gaddafi’s 1969 revolution was the empowerment of women. His new regime made efforts to advance female emancipation. The new government encouraged women to participate in Libya’s political life and several cabinet posts were allocated to them. Women were also able to form associations.

During Gaddafi’s reign, women also made great strides in employment, with improved access to education and acceptance of female paid employment. In 1970, the government passed a series of laws regulating female employment, including equal pay for equal work.

By 2006, employment for Libyan women was estimated at 27%, a relatively high percentage for an Arab nation. During Gaddafi’s reign, working mothers enjoyed a range of benefits designed to encourage them to continue working even after marriage and childbirth, including cash bonuses for the first child and free day care centres. A woman could retire at the age of 55, and she was entitled to a pension.

In Gaddafi’s era, child marriages were banned and the minimum legal age to marry placed at 18. Since 1973, Libyan women have had equal rights in obtaining a divorce. Gaddafi also passed gender-friendly women’s laws on marriage and divorce.

“I love a girl in uniform,” the flamboyant colonel once said. His 40 lip-sticked, uniformed girls were charged with his security.

He made sure the good-looking, well-trained soldiers wore make-up, thick lipstick, painted their nails, wore designer sunglasses and high heels, alongside their military camouflage, so that they performed this role without losing their femininity. Gaddafi pampered them, making them a media attraction wherever he travelled.

Gaddafi established the Tripoli Women’s Military Academy in 1979 to advance women’s emancipation. The Amazonian Guard passed through this academy.

“I promised my mother to improve the situation of women in Libya,” he reportedly said at the time. His mother, a Bedouin tribeswoman born when Libya was an Italian colony, was illiterate.

“Without the leader, women in Libya would be nothing,” Fatia, a 27-year-old bodyguard trainee in Tripoli, once told a researcher.
“He gave us life. I am ready to die for him. He is a father, a brother and a friend to whom you can confide. You have no idea how humble he is.”
Gaddafi’s love affair with women stretched beyond Libya’s borders.

Rebels ransacking his palace found an odd photo album consisting of page after page of snapshots of the former US Secretary of State, Condoleezza Rice. Gaddafi had expressed his affinity for Rice before:

“I ad-mire and am very proud of the way she leans back and gives orders to the Arab leaders... Leezza, Leezza, Leezza... I love her very much,” he once told Al Jazeera in an interview in 2007. In Uganda, he was known to be a very good friend of the Toro Queen Mother, Best Kemigisha. 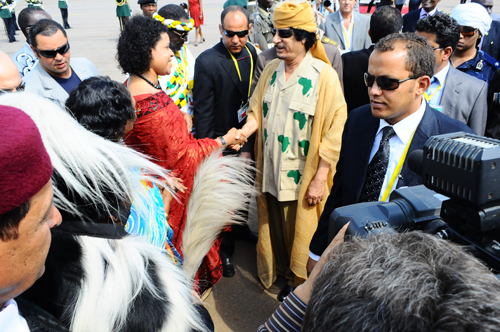 But Gaddafi also had his naughty side. He enjoyed a level of chumminess with Italian Prime Minister, Silvio Berlusconi. In November 2010, he flew several Italian women to Libya, intending to pair them off with Libyan bachelors. He also reportedly participated in Berlusconi’s Bunga Bunga (swimming costume) parties.

Facts on women in Libya

(Additional information from the internet)
evelynkiapi@yahoo.com