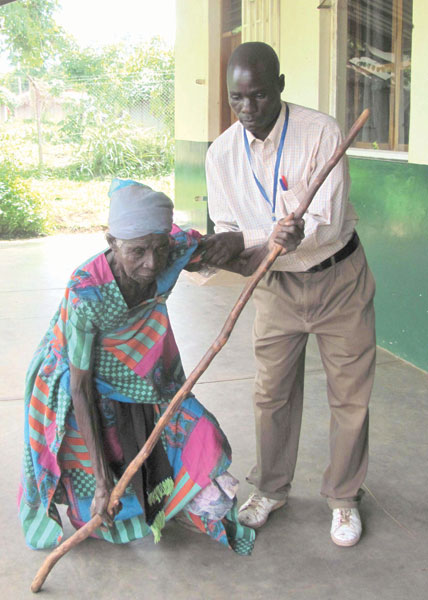 Research has shown that there are 37 million blind people in the world and about 300,000 of these are in Uganda.

Every five seconds, one person gets blind while every minute, a child gets blind; yet 75% of this blindness is avoidable.

This revelation was made during the launch of the 2012 sight restoration campaign dubbed, ‘Seeing is Believing’ held at Lira referral hospital by Standard Chartered bank and Sightsavers. Some of these preventable causes include Vitamin A deficiency, measles and poor sanitation leading to conditions like trachoma and cataracts among others.

“Diseases leading to blindness like smallpox ended as far back as 1959 and what we have today are poor sanitation practices which attract flies that may cause trachoma leading to blindness and undiagnosed and untreated diseases like HIV/AIDS which make one prone to blindness,” Richard Anguyo, the Executive Director, Uganda National Association of the Blind (UNAB), said.

The Seeing is Believing project is expected to attract people from Lira, Apac, Oyam, Kole, Dokolo, Alebtong, Otuke and Amolatar districts for free eye operations for ailments like cataracts, trachoma and glaucoma among others.

Spanning a wider effect, Dr Johnson Ngorok, the Country Director of Sightsavers Uganda, said 11 eye camps are to be conducted in Mbale, Mayuge, Kamuli, Mulago, Gulu and Moroto hospitals and Nakapiripirit Health Centre. Under this project, Standard Chartered bank Uganda is expected to help over 1,000 people regain their sight from all regions in the country.

“When you know that you have contributed to ten thousands people regaining their sight and given them a second chance to be productive citizens, we have gained zeal to harness more partnerships to enable more funding to restore sight to more people,” Lamin Manjang, the CEO and Managing Director of Standard Chartered said.

The bank’s partnerships with organizations like Riley Packaging and Mukwano group of companies in 2010 invested over Shs 373m which enabled over 5,000 visually impaired persons to regain their sight that year.

This year, Manjang said, the bank and its partners are embarking on Phase II of the project expected to cover East Africa and this is expected to cost $5m (about Shs 13 billion).

“Seeing is Believing” is one of the bank’s corporate social responsibility initiatives which aims at not only restoring eyesight to those suffering from avoidable blindness but also raising awareness about the causes of blindness.

It is also a partnership within the World Health Organization’s Vision 2020: The Right to Sight which aims at curbing avoidable blindness in the world by the year 2020. Since the project’s inception in 2003, sight has been restored to about 10,000 blinds, many of who were affected by cataracts (cloudy lens).