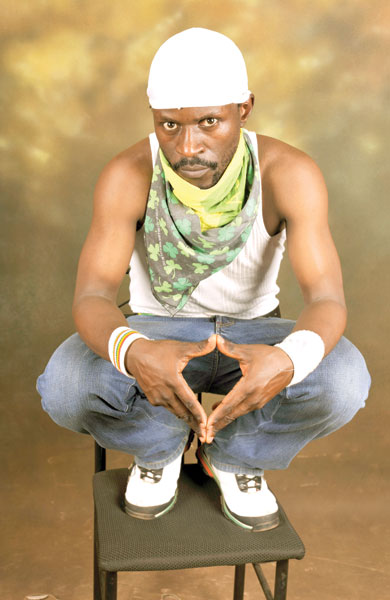 Mr Hush (real names Kanwagi Rashid Kalanda) first made a vivid impression on us in 2005, with Empisa zo, a track he did with Henry Tigan and Thunderman (Denis Lama.) Shortly after, they formed a group called the Jamming Crew. Now solo after a five-year musical exile, Hush is back with a ten-track album, Toloba. Gilbert Mwijuke caught up with him:

Who is Mr Hush?

A humble, quiet, honest, hardworking young man. I am an accountant by profession.

Tell us about your musical days with Henry Tigan and the Jamming Crew.

We formed [Jamming Crew] in 2005, after releasing Empisa zo. It was me, Henry Tigan and Thunderman. [Thunderman has since joined Leone Island Crew.] Music promoter Suudi Lukwago took notice of the song, and immediately signed us to Suudi International. It was a dream coming to reality. Sadly, Suudi preferred to nurture one artiste at a time. He chose Tigan first, leaving me and Thunderman in the cold. It is at this point that I decided to break off, soul-search and plot my comeback.

You used to do hardcore raga in a Jamaican roughneck voice. Now you sound more mellow. What prompted the change?

True. I just wanted all my doubters to get to know me in my second coming. It takes voice and skill to perfect a reggae beat, you know. I am more into lover's rock now. My lyrics are rather sad and persuasive. I believe that reggae should take a soft tone to soothe. There is no auto tune in reggae. You have to be a teacher. Even if it is love, you must teach.

How has the industry changed since you broke off?

Actually, I left but didn't leave. I kept roll-calling my artiste friends. I was just AWOL! Nothing has really changed. Only new artistes have come up.

Tell us more about this album.

Well, the lead single Toloba is what I am promoting right now. It is a song about holding tight to your love once you get him or her. Other songs include Tube Babiri, Lwaki Ondaaza, Mirembe, What Else and Simulaba.

Last word to your fans?

I want to write the name Hush in bold this year. I am ready to make Ugandans spell it! I plan to launch the album mid this year.