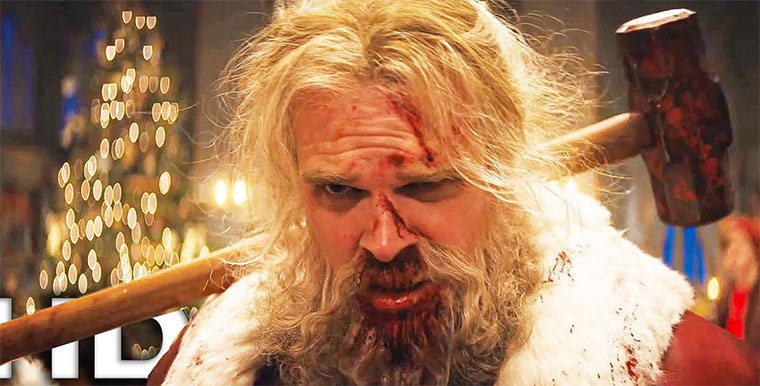 The movie follows a team of mercenaries that assault a wealthy family on Christmas Eve. By taking everyone in the house hostage, the mercenaries draw the ire of Santa Claus (David Harbor). Violent Night, which you can watch at the cinema today, has a Rotten Tomatoes score of 89 per cent.

Some critics have called it a ‘Christmas Movie For Adults’ because of the fun action and bone-breaking violence. The trailers have not won me over, although, I may watch it because there is nothing else of note at the cinema.

I don’t know if anyone watched Fatman with Mel Gibson. The 2020 film is a comedy thriller in which Santa Claus forms a partnership with the U.S. military because his business is declining. Violent Night reminds me of Fatman, and I liked Fatman.