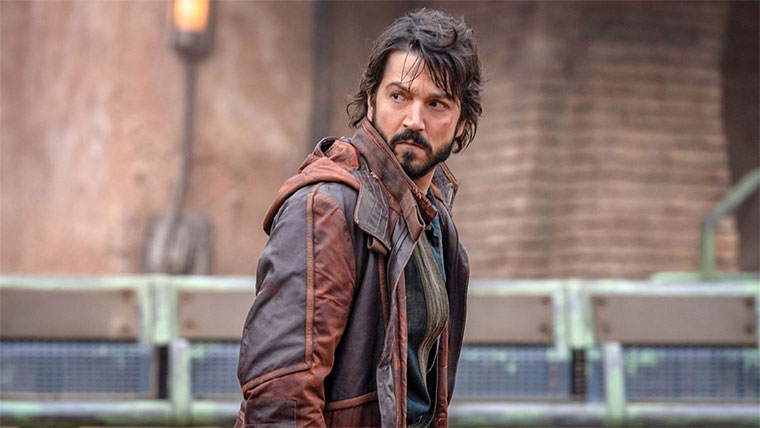 Andor is the greatest Star Wars thing ever. That sounds ridiculous coming from me. After all, the last time we discussed it, I dismissed the first three episodes as a lacklustre introduction to a prequel.

I still stand by that assessment. Those first three episodes were painfully slow. Disney could have told that story in one tight 50-minute pilot. But it does not matter. Somewhere along the way, things flipped, and Andor made a fan out of me. People call the show ‘Star Wars for Adults’, which sounds like an insult, because it suggests that other Star Wars movies and shows are for children.

Then again, George Lucas has admitted on more than one occasion that he made Star Wars for children. That explains the poor ratings. Andor is the least watched of all the Disney+ Star Wars shows. You could argue that Obi Wan and The Book of Boba Fett alienated a lot of viewers. But this is Stars Wars, the most popular franchise in entertainment. Even after three terrible prequel films and two shaky sequels, Rise of Skywalker came out and made $1.074 billion at the box office.

Audiences will never abandon Star Wars, no matter how many low-quality movies and shows we get. And yet, people continue to ignore Andor. Disney warned us ahead of time. They told us that Andor would steer clear of the age-old conflict between the Jedi and the Sith.

I’m in the camp that approached the show with some trepidation because I love the sci-fi fantasy elements of Star Wars. I want lightsaber battles, force powers, and grand conflicts between good and evil. Strip those fantastical components away, and I might as well watch Star Trek.

I was not predisposed to enjoy Andor, which is why I judged those initial episodes harshly. The show felt unnecessary because we had already seen the end of Cassian’s journey in Star Wars: Rogue One.

But I suddenly found that I spent each episode leaning forward in my seat, because the dialogue was so rich and layered. Every time I stepped out of bed on Wednesday morning, I felt excitement bubbling in my belly because I knew that a new episode was just a few hours away.

To this day, I can’t help but tremble with delight at the thought of Luthen’s spine-chilling monologue (“What is my sacrifice? I’m condemned to use the tools of my enemy to defeat them. I burn my decency for someone else’s future. I burn my life to make a sunrise that I know I’ll never see”).

I thought Cassian was doomed to fall flat as a protagonist because he was so vehemently opposed to the rebellion at the start. So naturally, I expected the screenwriters to work towards one of those cheesy moments where the protagonist loses a loved one and then swears vengeance on the evil empire that wronged him.

I could not wait to roll my eyes at what should have been a predictable, uninspired journey. But Andor took twists and turns I never foresaw. We watched as the tensest scenes Star Wars has ever delivered sparked the fire of rebellion in a man destined to bring the Empire to its knees.

Andor is a masterclass in storytelling. The show did so much with so little. That slight smirk on Luthen’s lips as Maarva’s epic speech unleashed Ferrix’s wrath squeezed more joy out of me than any lightsaber fight.

But if we take the ratings at face value, many people are still hesitant to embrace Andor. I don’t necessarily blame them. If you watch Star Wars for the lightsabers, Andor lost you after the first three episodes.

But if you prioritize great storytelling above all else, I urge you to give the show another shot. This is the injection of energy the franchise desperately needed. Hopefully, The Mandalorian will continue this momentum when the third season debuts in a few months.